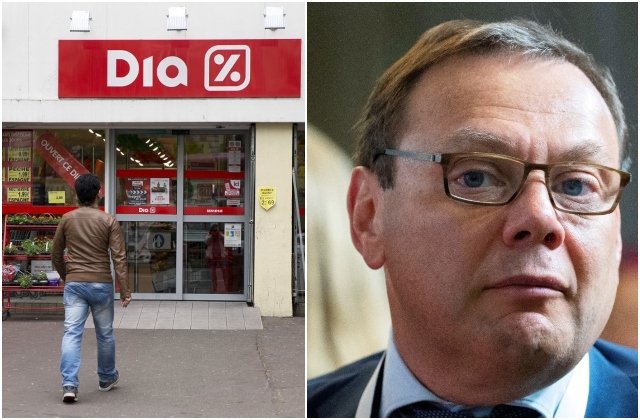 In a statement published on Monday night, the group said it was not controlled by the Russian oligarch, just hours after his name was added to the European Union’s sanctions blacklist of allies of Russian President Vladimir Putin.

Día said although it was 78 percent owned by LetterOne Investment Holdings SA (LIHS), “no individual shareholder controls the LIHS”, not Fridman nor Petr Aven, who co-founded the Luxembourg-based investment company and has also been hit by EU sanctions.

“Accordingly, the firm considers it is not affected in any way, either directly or indirectly (by the aforementioned individuals who do not control LIHS or, therefore, Día), by the new package of sanctions.”

In a letter to his LetterOne employees, the Ukraine-born financier – one of Russia’s richest men – told staff that “war can never be the answer” and called for the “bloodshed” to end, the company told AFP on Sunday.

“This crisis will cost lives and damage two nations who have been brothers for hundreds of years,” he wrote.

READ ALSO: How much influence does Russia have over Spain?

Born into a Jewish family in the western Ukrainian city of Lviv in 1964, Fridman studied in Moscow then went on to build a vast business empire encompassing everything from oil and gas to banking, telecoms and distribution.

He divides his time between London and Moscow and Forbes estimates his fortune at $15.5 billion.

Although he has cultivated strong ties to Putin’s administration, he has never become part of the president’s inner circle.

Russia’s invasion of Ukraine in late February has severely disrupted Ukrainian grain exports, hampering harvests and trapping up to 25 million tonnes of wheat and other grain in Kyiv’s Black Sea ports.

The war has sent global food prices soaring and sparked fears of famine.

As part of the Spanish project, a Renfe freight train “consisting of 25 containers, each measuring 40 foot (12 metres)” left Madrid late Tuesday for the Polish town of Chelm near the Ukrainian border, the transport ministry said.

It will travel 2,400 kilometres (1,500 miles) to Chelm where it will collect 600 tonnes of grain and return to Barcelona in early September.

“This is a pilot project… to demonstrate the technical and economic viability of transporting grain via the railway network crossing Europe from Lodz in Poland to Barcelona,” the ministry said in a statement.

The containers have been fitted with special liners to allow them to carry grain, the ministry said.

A total of 12 ships have so far left three different Ukrainian Black Sea ports since then.

With the reopening, the Spanish project will also help “to analyse the capacity of land transport to support maritime routes,” the ministry said.