Many petrol stations across Italy will be closed over the next couple of days due to a planned strike. Photo by Miguel MEDINA / AFP

**Note: The second day of Italy’s petrol station strike was called off after unions reached a deal with government ministers on Wednesday, meaning petrol stations across the country are expected to be open as normal on Thursday, January 26th.**

Petrol station operators across the country are set to hold a 48-hour strike, with stations in and around cities striking from 7pm on Tuesday, January 24th, and highway stations striking from 10pm on the same day.

The strike was called in early January as a sharp rise in fuel prices prompted the government to bring in new industry rules which it said would improve the transparency of fuel prices and protect consumers from speculative hikes.

The rules include a requirement for all petrol stations to display average regional fuel prices next to their own rates starting from February – which operators slammed as being part of a deliberate “criminalisation campaign” from the government.

After weeks of back-to-back talks with ministers, national unions Faib, Fegica and Figisc/Anisa confirmed last week the planned two-day action would go ahead as negotiations failed and they rejected amendments to the new law proposed by the government.

What does it all mean for motorists?

The three unions involved represent around 22,600 petrol station operators across Italy (that’s about 70 percent of all national operators).

But not all of the petrol stations represented by these unions will be closed. 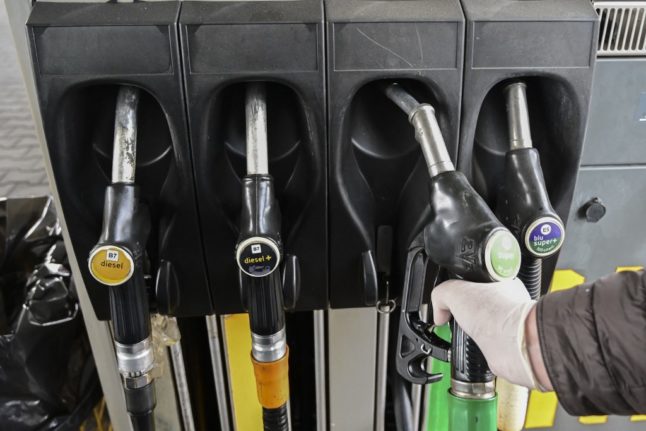 While most manned petrol stations will be closed, some self-service facilities will remain open. Photo by Miguel MEDINA / AFP

Fuel supply is considered an essential service to the public under Italian law. As such, at least 50 percent of petrol stations located in urban and extra-urban areas must operate according to their regular shifts during strike actions.

As for highways, Italian law states that there should be at least one open petrol station every 100 kilometres during strikes.

Regions have already released a list of highway petrol stations that are set to remain open during the strike. This can be downloaded here.

READ ALSO: Where to find the cheapest fuel in Italy

Overall then, while most manned stations will be closed during the strike, some self-service facilities will remain available to motorists.

Stations that are directly managed by oil companies (around 10 percent of all national operators) are expected to remain open for the entire length of the demonstration.