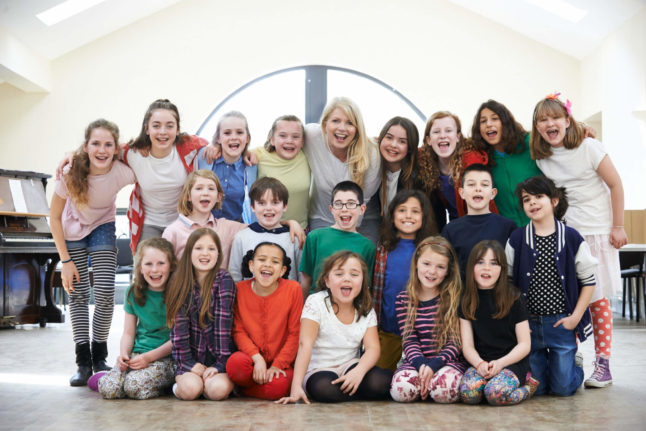 From a creepy turn as a backwoods dweller in the independent horror film ‘Cannibal Diner’, to directing experimental adaptations of Friedrich Schiller’s poetry in Frankfurt, German-born Jessie has always enjoyed a challenge.

“For most of my twenties and into my early thirties, I worked with children alongside my stage career, teaching dance and acting, inspiring them to unlock their creativity.”

A new kind of role

It was this love of working with kids that inspired her to investigate teaching the performing arts to children, on a full time basis.

“In 2009 I saw an advertisement for a new Stagecoach Performing Arts school in Wiesbaden, in my state of Rheinland-Pfalz, who needed a dance coach. I applied and have been teaching there since day one.

“The highlight is always the start of the trimester, when new students arrive. It’s wonderful sending happy children home, bright-eyed, within the space of three hours.

“It means so much to them. They gain more courage, make new friends, learn to communicate in different ways, and simply get to be who they are.

“Unfortunately, being yourself is not always so easy in today’s world, but at Stagecoach, I think it is!

“We have a wonderful team, and that is reflected in how much fun our kids have, and how much this makes parents happy.

“Teaching at Stagecoach is easy — you quickly realise that the concept works, and it’s a tested, highly-acclaimed formula.”

Three years later, Jessie would be offered a unique, even bigger opportunity.

“In 2012, I had the opportunity to take over Stagecoach Wiesbaden. It was a big decision for me, financially. I would also need to transition from being a teacher, which I loved, to being a business owner and Principal.”

“It was difficult in the beginning. Not only because I loved to teach, I had to also lead a team of adults, which was completely new to me. I was an absolute beginner.”

“Before I took over the school, however, I had an intensive week of training in Germany and got to know the team in England.

“The franchise support team in England communicates so well and I feel valued, not as one of many but as an individual. This is very important to me.

“Being part of a franchise was really essential, going into business. I like to work with people; having a support structure and a responsive team allows me to expand my vision for the school.

“I also receive regular online updates to my training, and have opportunities to speak to other franchisees about the challenges they have encountered.”

Want to turn your love of the performing arts into a full-time business, like Jessie? Learn more about becoming a Stagecoach franchisee in 2023! 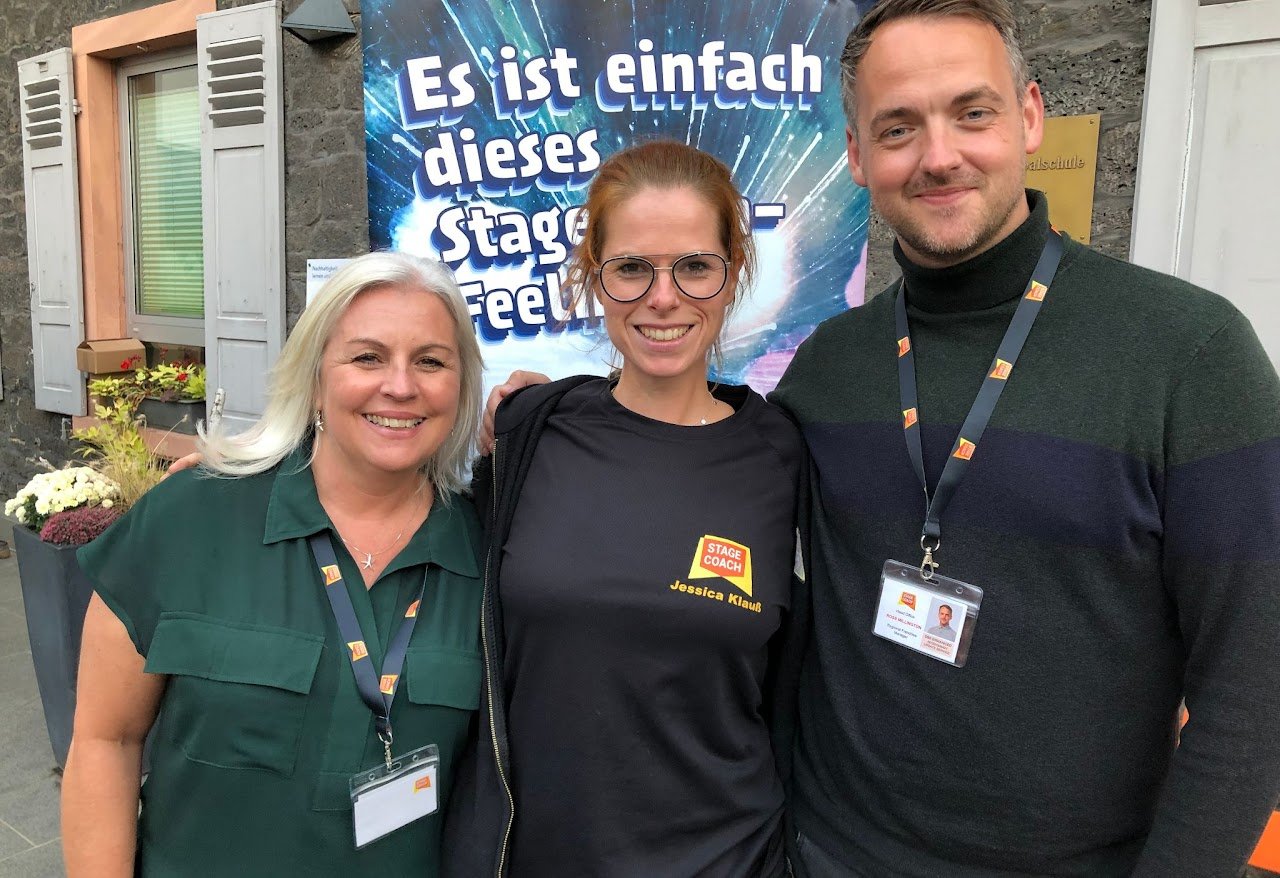 As the years progressed, Jessie could see her hard work at Stagecoach Wiesbaden paying off. In 2016, after the birth of her son Henri, she opened a second school in the region. Within five years, student enrolment in her schools had increased by 350 percent.

Even though she now operates two schools, with more on the way, Jessie feels that she still has the kind of work-life balance that she used to dream about as a professional performer.

“Henri and I love nothing more than packing up our converted camper van at short notice and travelling around the area with our dog for a few days.”

“We’re able to live that lifestyle because of the freedom my Stagecoach franchises allow me. I can work on administration from the road and still make sure I’m back home to teach on Friday and Saturdays.

“The Stagecoach model works so well that earlier this year, I felt comfortable enough to invest some of my income into expanding into my second region.

“Launching another school in the town of Hanau means I can offer classes to even more students and set a real example for Henri too.”

Watch: Learn more about Stagecoach’s mission from the school’s Principals, including Jessie

Whilst the Stagecoach Performing Arts Head Office is in the UK, the Support Team regularly visit franchisees. These regional meetings, known as ‘In the Spotlight’, are designed to allow franchisees to come together and share their knowledge, celebrate their success, network amongst their peers and collaborate.

Following the latest meeting for the German franchisees, Jessie hosted Stagecoach’s senior management team at her Hanau school, where the talents of her students were showcased, to great acclaim.

“I am so proud that I can offer them fantastic performance experiences, like taking part in showcase events.

“It’s not just for my school — we have events which see Stagecoach children from all over Germany taking part in professional performances, including Disneyland Paris.

Performing opportunities aside, it is the everyday business of introducing children to acting, dancing, and singing that gives Jessie the most fulfilment.

“When my students leave happy after a class, that is just as great as the applause I used to get when I was on stage.

“The next generation has an opportunity to play on the stage of life.”

Wherever life takes them, the ‘Creative Courage for Life’ that Stagecoach and Jessie have given them will serve them well.

Stagecoach is expanding not only in Germany, but Canada and Australia too. Start 2023 with your own Stagecoach franchise, helping kids learn to love performing!