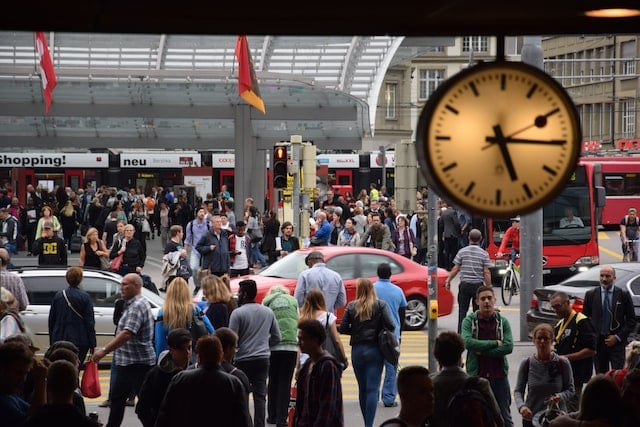 The landmark number that could be reached before the New Year or early in 2023 is being greeted as a red alert in some quarters. The statistic is a gift for right-wing populists, painting immigration, and by extension immigrants, as the problem.

Because, in a country with a low fertility rate (1.46 births per woman in 2020), the growth is coming from immigration and life longevity. However, concentrating on who should live in Switzerland obscures the more important issue of how we should live. That raises more complex and demanding questions about planning and consumption.

Since 2012, the immigrant population has increased by four percentage points in Switzerland to 25 per cent. But because of the age profile of immigrants, one third of the Swiss workforce are foreigners.

Indeed, the Swiss economic model is based on the easy availability of foreign workers, mainly European Union citizens. This is underpinned by the free movement of people between Switzerland and the EU.

It’s the economy – not immigration

Anyone who genuinely wants to reduce the numbers would probably be wisest to focus on reforming the economic system. That’s the driver. Curbing growth will curb immigration. But there are limits to Swiss innovation, and this hyper-successful country is more tied than most to the established model of constant economic growth.

Although the nine million number is new, the trend is not. Looking back over the past few decades, it shouldn’t be cause for alarm that 8.9 million inhabitants of Switzerland will enjoy the festive season in 2022. The country is well-practised in catering for an expanding population.

In 1990, only 6.8 million people lived in Switzerland. Two million more people in a little over 30 years seems like a dramatic change, but this substantial growth has been managed quite seamlessly.

In my view, there are three main motivations for trying to put a stop to immigration-related population growth. One is common-or-garden xenophobia, not wanting to share your space with foreigners. “Le bruit et l’odeur”, as Jacques Chirac famously said in 1991.

The other reason for being wary of high immigration would be concerns about social capacity, the fear of overloading public services like schools, transport and healthcare, the scarcity of housing and land.

The third is about protecting the environment from the impact of more people. Maybe some people are motivated by all three. In an ideal world, and perhaps in Switzerland, good governance should be able to sort out the latter two.

Would anyone want to go back to the Switzerland of 1970?

Population growth with a focus on immigration first became a bone of contention in the 1960s. Disquiet about the presence of foreigners was the backdrop to the Schwarzenbach Initiative in 1970. The anti-immigration initiative was a response to the post-war influx of immigrants, mainly from southern Europe.

These workers were attracted by the post-war economic boom. Many ended up staying for good and, inevitably, they changed Switzerland. Looking at the contribution of that first generation and their descendants, it seems clear that it was a change for the better. Or would anyone like to go back to Switzerland in 1970?

James Schwarzenbach, the Swiss Enoch Powell, used the term Überfremdung (excess of foreignness) in his campaign. His initiative proposed wording in the constitution that would have limited the proportion of immigrants to 10 percent of the population. Effectively that would have meant the deportation of 300,000 people.

Turnout was historically high at 75 percent. The initiative was rejected by 54 percent of voters. Since then, voters have had other opportunities to directly influence immigration policy, including votes on naturalisation.

One outlier in terms of rhetoric was the Ecopop initiative in 2014 that aimed to limit immigration for the sake of the environment. The full title of the initiative was “Stop overpopulation – safeguard our natural environment”, and it sought to limit annual growth to 0.2 per cent of net population.

This proposal was roundly rejected by 74 percent of voters. Confusingly, that was the same year a majority accepted the Swiss People’s Party initiative to curb EU immigration by reintroducing quotas. This plan ultimately turned out to be unworkable and only a watered-down version could be implemented.

Not to be discouraged, the People’s Party bounced back with another initiative trying to end the free movement of people with the EU in 2020. A yes vote would have triggered the collapse of the whole EU-Swiss package of accords but the result was 61.7 per cent no.

Returning to our screens in 2023, the next attempt from the People’s Party to target immigration is cloaked in the buzzword of the moment – the “Sustainability Initiative”. It has been hinted that we can expect an “explosive” text.

When it comes to being anti-immigration in Swiss politics, the campaigns don’t really have to come up with a workable proposal. The trick is to make it seem like the complex problem is simple, be seen to try to solve it and then complain that you were thwarted by vested interests.

Meanwhile, the inconveniences of daily life – such as not getting a seat on the train at rush hour or a quick appointment with your doctor, or a viewing of an apartment you want – can be all be blamed on the population being too high because of those pesky foreigners.

Reaching nine million inhabitants is an important moment to take stock. On a global level, Swiss residents have a disproportionately harmful impact on the environment because of their rate of consumption. When you look at demographics, the ageing population is a serious concern, with one in five Swiss residents aged over 65.

As we look to the future, can things be steered in the best possible direction for everyone while doing right by the environment? The key is to look for holistic solutions and not to get distracted by dishonest debates. 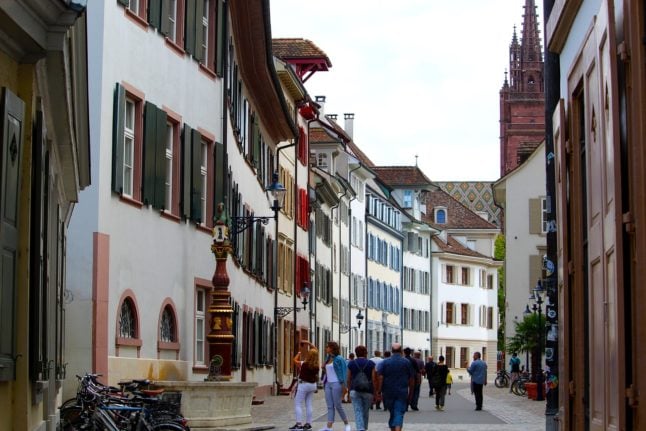 But in order to maintain a  quality of life among its citizens, Switzerland has a number of rules and regulations in place, including keeping noise to a minimum and staying away from playgrounds with a dog in tow, that can result in hefty fines if ignored.

The rules and fines vary depending on where you live in Switzerland but here are four areas of everyday life you should keep on top of in Basel.

According to Basel City’s Office for Environment and Energy, the cost of cleaning the city’s public areas amounts to around CHF 21 million annually, with the city cleaning department estimating the effort for clearing the littering alone to be one third of the total cleaning job.

But the issues don’t just concern the city of Basel itself. In 2021, a total of 784 fines were issued in the canton of Basel-City, 361 of which were for untimely provided Bebbi sacks and a further 235 fines were issues for illegally dumped waste, or so-called wild dumps.

Some 168 people were fined for disposing of household waste in public waste bins and 20 people for littering, carelessly throwing away small waste or leaving it lying around. Though this sounds like a lot, bear in mind that this was during Covid-19 and hence, the figures are actually significantly lower than they were during pre-pandemic times.

Here are the waste disposal-related violations you can be fined for:

Untimely disposal of waste on unfenced private forecourts near the commons border, on sidewalks or on the side of the road – Fine CHF 50.

Failure to set up a waste bin during opening hours in front of the point of sale (take-away) – Fine CHF 50.

Foreigners and locals alike are never short of praise for the Swiss transport system – and for good reason. Fast, efficient, and highly developed it gets everyone from A to Z in next to no time. It is perhaps surprising then that a significant number of people living in Switzerland choose to travel by car rather than use public transport. If you’re among them, here are some ground rules.

OPINION: Trains in Switzerland are excellent, so why are cars still king?

According to the Polizei Schweiz, the Basel-Stadt cantonal police checked 589 vehicles around Christmas time, resulting in confiscated driver’s licenses, fines and arrests.

To spare you the same fate, we have listed the main driving offences police have observed:

Failure of the driver to wear the seat belt – Fine CHF 60.

Not having your driver’s license on you – Fine CHF 20.

Failing to indicate when changing lanes or parking – Fine CHF 100.

It can be argued that nowhere else in Europe is noise regarded with such contempt as is the case in Switzerland where silence is considered somewhat sacred – and not only at night.

Thus, Switzerland has – legally – set in stone the following resting times that must be respected lest you be slapped with a fine.

How common are fines? Not very is the short answer.

If your neighbour proves noisy on the regular (e.g., if they disturb your sleep or peace), you have the option of contacting the police about the disturbance. While the police can request they lower the noise, they cannot fine them. Fines can only be handed our if you formerly report your neighbour. Note: Calls can also be placed anonymously.

Few things are more relaxing than strolling through the city centre with your furry friend by your side, and both the canton and city of Basel offer numerous opportunities for dogs and their owners to enjoy their walk. Nevertheless, certain regulations apply in some places, such as a leash obligation or bans on entry.

Dogs are not allowed, even if not made clear with a sign, in children’s playgrounds, cemeteries, public bathing areas and grocery stores, as well as wherever there are no-dog signs.

At night, in areas where dogs are allowed, they must be kept on a short leash between 10 p.m. and 6 a.m. Areas include: pubs and restaurants (including outdoors ones), public transport, on heavily frequented streets and squares, markets as well as bitches in general when in heat. Dogs must also be walked on a short leash wherever there are signs that require a leash.

Failure to comply with these rules will set dog owners back by CHF 100. Not cleaning up after dog’s toilet trip can also lead to a CHF 100 fine if you are caught.

UKRAINE
OPINION: This is Russia’s war, but we Europeans need to learn fast from our mistakes
Url copied to clipboard!