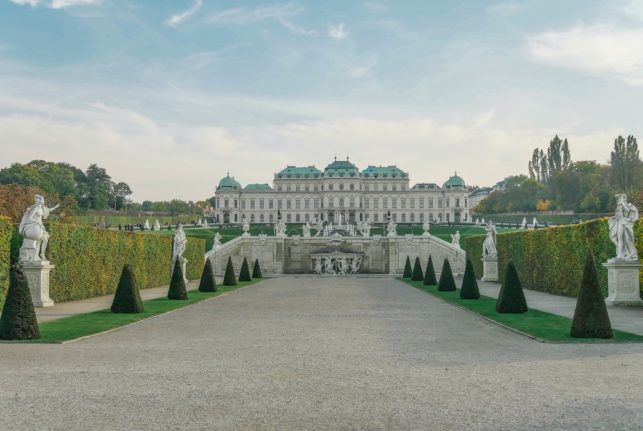 300 years of the Belvedere Museum

One of Austria’s most beautiful museums is turning 300 next year and the celebrations start this weekend. There will be a special exhibition on the history of the Belvedere from December 2nd to January 7th 2024.

As an architectural ensemble as well as a museum, the Belvedere stood for staging power and representation throughout epochs: as a backdrop for court festivals, at times as a royal residence, but also as the scene of the signing of the Austrian State Treaty in 1955. In an extensive exhibition, the museum now deals with its changeable use.

On Friday and Saturday, Breakfast Store Vienna will host a breakfast pop-up and repair café.

On Friday, you’ll have the chance to have your favourite garments re-sewed by a seamstress over coffee, smoothies and cake and also make small DIY gifts. You can get your shirts printed and re-designed on Saturday, plus a delicious breakfast.

A little bit of Oz in the heart of Vienna can be found at Billabong Foods & Drinks. The bar, located in the first district, is full of cool events (from World Cup viewings to pub quiz nights and live music).

The kitchen offers plenty of dishes to snack and share, including nachos, fries, rings and fried chicken. There are also options for sandwiches, wraps, and huge stakes, including a Kangaroo filet in a red wine shallot sauce. The burger options have from meat and vegan to ostrich meat so that everyone can find their favourite dish.

There are two things the Viennese love: Christmas Markets and dogs. So Hundsgut Hewera, a dog training centre in district 11, is hosting a perfect combination of both: a dog Christmas market.

From 4 pm to 9 pm on Friday and Saturday, you and your pup drop by and get some delicious treats, homemade baked cookies and even some punsch.

Ice skating season is on!

If you like ice skating – or want to try it out now that you are in Vienna – this is the season to do so. Many events are taking place over the weekend, including the Tag des Esilaufsports at the Wiener Eislaufverein (the famous Wiener Eistraum by the Rathaus opens only in January).

Do you know any other cool events happening in Vienna on weekends? You can email us at [email protected] to share your tips and suggestions. 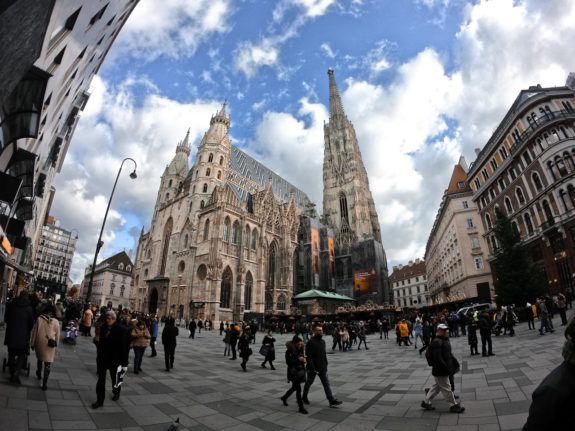 City of Vienna promotes talk about the Education System in Austria

On Saturday, February 11th, residents of Vienna can attend an info-module on the Education system in Austria for free in Vienna, as part of the ongoing series of information meetings promoted by Start Wien.

The talk starts at 3 pm and should last two hours. It is free, and no registration is necessary; you just need to show up at the address 10., Arthaberplatz 18, Volkshochschule Favoriten.

You can check out more information HERE.

From February 13th, the next “Klebe-Welle” (something like “sticky wave” in reference to the practice of protesters sticking themselves to the street pavement) of the climate activists of the Last Generation group will take place in Vienna.

The group says their goal is once again to paralyse early morning traffic and draw attention to the issue of climate change.

After a five-day “wave” in mid-January, activists of the “Last Generation” want to disrupt early morning traffic in Vienna as much as possible again for several days starting February 13th by sticking themselves on roadways. “The actions remain non-violent,” a spokesman told APA.

The current (and stricter) Covid-19 regulations in Vienna, including the mandatory use of an FFP2 mask in all public transport within the city, are set to expire on February 28th.

The City of Vienna could extend the ordinance as it has done in the past, but with spring approaching and pandemic numbers far from what they were at the peak, experts say it would be hard to justify such measures.

Vienna’s Mayor Michael Ludwig (SPÖ) said that the current measures would run until the end of February and the next steps would be taken “depending on further developments”.

Semesterferien: schools are on a break

February is a much beloved month among many students, as schools go on a short one-week holiday and families take the opportunity to travel. The break takes place on different dates each year and varies depending on the state.

If you like ice skating – or have never tried it before – now is the time to skate through some of the most beautiful Viennese locations. The Austrian capital offers several spots for ice skating (and they are all family-friendly), including the famous Wiener Eistraum just in front of the Rathaus.

You can also ice skate in places such as Kunsteisbahn Engelmann, Steffl Arena, Eisring Süd, and Wiener Eislauf-Verein.

Immerse yourself in Mozart’s history

Mythos Mozart is an immersive experience for those who want to know more about the famous composer and his life in Vienna. The one-hour tour in a first-district building begins in a “mysterious room with 1,500 candles”, and visitors can stroll through the streets of Vienna, climb over roofs and visit Mozart’s house in an animated 360 panorama of historical views.

You can read more about it and buy tickets HERE.

West Side Story – performed in English

The air vibrates in New York’s Upper West Side: rival street gangs, passionate rhythms, a fatal enmity and, in the middle of it all, the very great love that fights to overcome all obstacles – and tragically fails. Vienna is hosting a new production of West Side Story, which takes the immortal musical classic into a new age.

On a major world tour, it will take audiences’ hearts around the globe by storm from the end of 2022. The production is English and you can find more information HERE.

Super Bowl LVII, or the 2023 Super Bowl, is taking place on February 12th in the United States – and people in Austria will be able to watch the Kansas City Chiefs x Philadelphia Eagles at 00:30 on Monday, February 13th. But how?

The public channel ORF will not broadcast the event, but other media will. You will be able to see the game and halftime show (Rihanna back on stage!) on the channels Puls24 and ProSieben, which also offer streaming. Additionally, the streaming service DAZN will also show the game.

In Vienna, several bars and restaurants will show the event with some major parties.

READ ALSO: Where to watch the Super Bowl on TV and bars in Austria 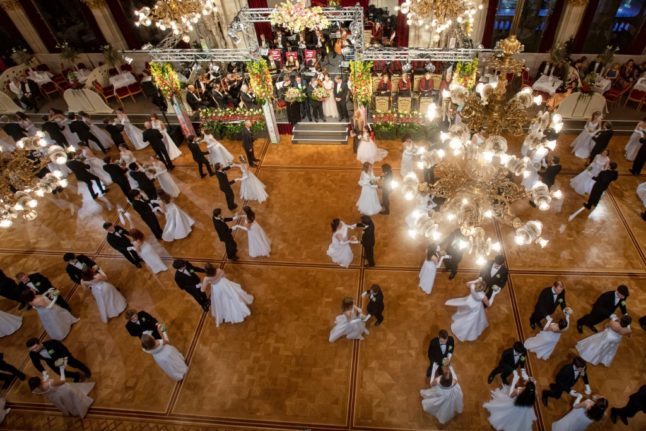 Attendees dance during the opening of the 99th Flower Ball at the City Hall in Vienna on January 13, 2023.(Photo by Alex HALADA / AFP)

Last weeks of the Ball Season

Vienna is heading towards the end of its ball season for the year, and some of the most famous events are back on after two pandemic years. The Vienna Opera Ball, for example, is back on schedule, and it’s one of the most traditional in the country. You can read more about it HERE.

Another big celebration coming up in February is Carnival, which Austrians also love celebrating and having their traditional parties. The primary date for Fasching is Shrove Tuesday, which falls on February 21st this year. In addition, there are numerous carnival parades and traditional events all over Austria.

People love buying (and eating) the jam-filled doughnuts known as Krapfen, traditionally filled with apricot jam – and Viennese bakeries are full of them.

If you want to go partying, Messe Wien is the place to be from Thursday, February 16th to Tuesday, February 21st. The club brings comedians, concerts, shows, and all while people wear their craziest costumes. You can check more about it HERE.

READ ALSO: What you need to know about carnival in Austria