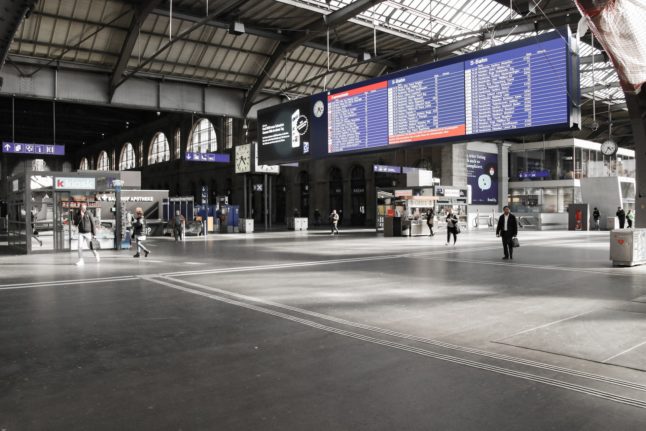 Zurich is to see more train connections and services from next month as part of a timetable change.

Swiss Federal Railways (SBB) announced this week plans to expand services with a particular focus on commuters as well as regions popular with tourists.

New direct connections from Eastern Switzerland and Zurich to Interlaken are planned, while an additional night train from Zurich to Prague, via Leipzig and Dresden in Germany will be launched.

The rail service said the number of seats available on the night trains to Hamburg, Berlin, Vienna and Graz will also be gradually increased.

SBB said that demand in commuter traffic has “recovered significantly” since the beginning of the year as the Covid pandemic has eased.

The operator therefore plans more trains between Zurich and Berne, and Zurich and Lucerne in the morning and evening.

SBB also plans to gradually reverse the cancellations of some trains between Zurich and Arth-Goldau from the timetable change until June 11th 2023.

Meanwhile, more direct trains will run between Zurich and Stuttgart.

On the Zurich S-Bahn, extra early morning trains will be introduced in the Limmattal (S12), Oberland (S14 and S15), Pfannenstiel (S16), Furttal (S6) and Bülach (S9) routes. Additional S11 connections will run between Zurich HB and Winterthur in the evening off-peak hours. And the S8 will run once again continuously to Winterthur in the evenings, so there will be no need to change trains in Effretikon.

The new timetable comes into force from December 11th.

Climate activists in Zurich may have to pay up

Climate activists have been staging road blockades in Zurich in recent weeks. And according to the government council, the Zurich cantonal police want to charge the protesters for deployment costs.

The cantonal police will claim compensation from those who caused the roadblocks, the government council wrote in an answer to a question in the cantonal council, reported Blick this week.

Cantonal councillors from the EVP, SVP and Mitte parties asked in a question how climate activists are being dealt with.

“Participation in unauthorised demonstrations that deliberately block traffic is a punishable offence,” the answer states.

According to the government council, the blockades also entail the risk that emergency services, for example in medical emergencies, may not reach patients in time.

In the past weeks, climate activists from Renovate Switzerland have blocked three roads in the canton of Zurich. The actions took place on Hardbrücke, Bellerivestrasse and the A3 motorway at the Sihlhölzli exit. Similar actions have also taken place in various other Swiss cities.

How high the deployment costs are and how exactly any fines would be implemented remains unclear, according to Blick who asked authorities for clarification.

READ ALSO: Who are Renovate Switzerland protesters and what do they want?

Whether you’ve just arrived in Zurich or you’ve been here a while but want to know the city better, these 10 apps will help make your life easier.

In stages – and by 2050 – the number of cars around the station will be massively reduced, according to a final report by the city’s civil engineering office.

The city wants to create a space that meets the needs of future generations, according to the Tages-Anzeiger.

The planning teams chosen by the city, Vulkan and Van de Wetering, say they want to essentially get rid of road traffic at the Bahnhofplatz, the area between the main railway station and the National Museum, the Bahnhofquai and the Bahnhofbrücke.

A ring system is planned for bicycles, while two underground bike stations with direct access to the station are planned at Bahnhofquai.

These proposals will be included in the master plan that the city plans to present in 2023. Implementation for car-free zones is planned in stages

Switzerland got its first Lego store this week – at the Glattzentrum shopping centre in Zurich.

Lego fans travelled from all over the Alpine nation – and even from neighbouring countries – to be the first customers at the shop.

Some people queued from around 5am to get into the store, which opened on Thursday at 9am, reported Swiss news site 20 Minuten. 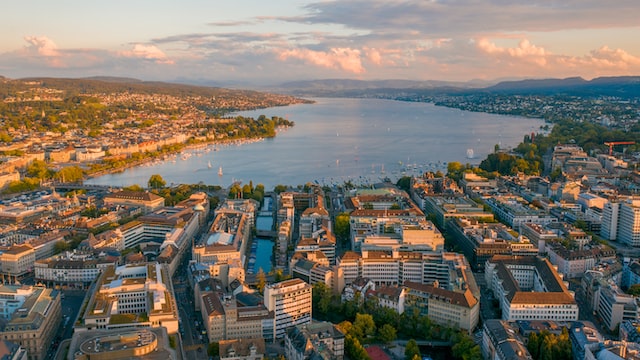 Simply the best: Stäfa residents get tax cut – likely thanks to Tina Turner

Taxes in one Goldküste (Gold Coast) municipality around the lower eastern shore of lake Zurich are set to be reduced by two percent.

And residents in Stäfa, in the canton of Zurich, likely have Tina Turner and her husband Erwin Bach’s to thank for that, reported Swiss media this week.

That’s because Turner – who is one of Switzerland’s most famous citizens- and her other half bought the sprawling Steinfels estate in Stäfa about a year ago.

And because of the high income from property gains taxes in 2022, the local council voted this week to cut the base tax rate from next year by 2 percent.

The municipality took in around 21 million francs from property gains tax – almost twice as much as in the previous year, the Tages-Anzeiger reported.

Turner’s estate purchase is likely to account for a considerable part of the high revenue. But due to tax secrecy rules, the municipality is not allowed to say exactly where this year’s outlier comes from.

The estate is 24,500 square metres and includes 10 buildings with a pool, a jetty, a pond and a stream. It was previously estimated to cost a cool 70 million francs.

How to find a flat in Zurich

Mansions aside, trying to find a (modest) place to live in Switzerland’s biggest city can be seriously disheartening, especially due to the low supply and high demand of apartments. After talking to renters, The Local has put together a few tips to make the search easier.

READ ALSO: Renting in Switzerland: How to find a flat in Zurich 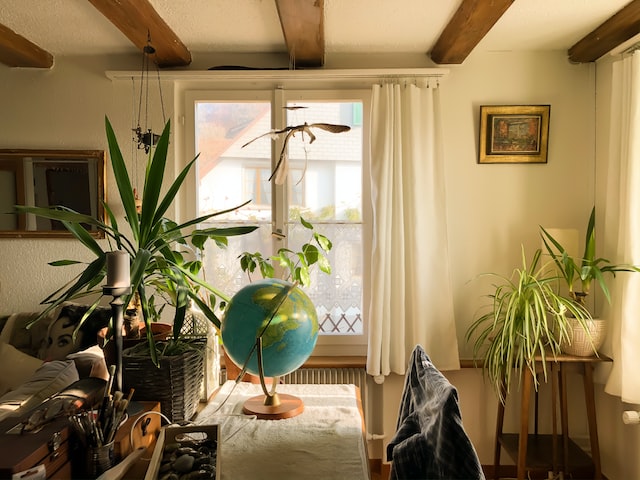 Finding a flat in Zurich is difficult. Photo by Marwan Haidar on Unsplash

Local government employees in Zurich who suffer from menstrual cramps will be able to stay off work for up to five days each month with full pay.

The idea has been debated for years but the Greens proposal was passed this week. It will apply to employees of the Zurich city council.

Politicians who pushed for the move hope that it will result in menstruation becoming less of a taboo topic in Switzerland.

Zurich named one of the most expensive cities ‘in the world’

Zurich and Geneva have been placed in the top 10 of the most expensive cities in the world, according to a new ranking.

Switzerland’s largest city – Zurich – took sixth place, and Geneva was seventh in the Economic Intelligence Unit (EIU) Cost of Living 2022 index. They were ranked as the most expensive places in Europe.

However, Zurich has slipped down the ranking since last year when it took the fourth most expensive city spot. That is likely due to rising inflation across the world rather than Zurich getting less pricey. Geneva remained in the same place as the 2021 study.

The top spot for most expensive city in the world went to Singapore, followed by New York, Tel Aviv, Hong Kong and Los Angeles. The only other European cities to get into the top 10 were Paris (8) and Copenhagen (9).

The EIU analysed how soaring inflation has impacted the cost of living around the world.

Many people opt for an alcohol-free tipple or soft drink to limit their drinking.

But a laboratory in Zurich recently found that alcohol may be seeping into several drinks. In fact they detected alcohol in five out of 25 tested drinks.

The test was intended to show whether the promises made on labels are true. Supposedly alcohol-free beers have a low alcohol content more often than people assume, according to the Cantonal Laboratory of Zurich.

Beers, wines and alternatives to spirits were examined, although product names were not mentioned.

Two kombucha drinks came off particularly badly. Although they are considered alcohol-free, they had 1.5 per cent alcohol content. The producers overlooked the fact that the fermentation with Kombucha culture, a fungus, produces alcohol, the Swiss analysts speculated.

Meanwhile, in a non-alcoholic alternative to gin, the testers found 0.6 per cent alcohol. The manufacturer used a flavouring with too much alcohol, the scientists said.

As well as the alcohol content, the products were tested for preservatives, sweeteners and labelling.

The lab urged for more clarity for consumers on labels.