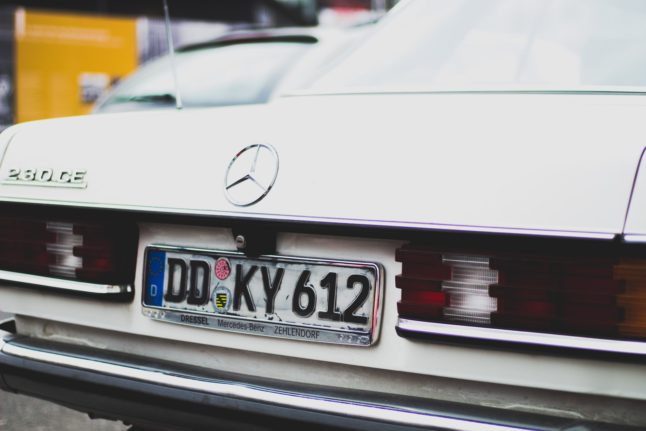 Cross-border workers can't use their personal car for professional purposes in Switzerland. Photo by Samuel Foster on Unsplash

Who are the Swiss cross-border workers?

Cross-border commuters are, according to the State Secretariat for Migration (SEM) “foreign nationals who are resident in a foreign border zone and are gainfully employed within the neighbouring border zone of Switzerland”.

SEM defines the term “border zone” as the countries with which Switzerland shares a border — that is, France, Italy, Germany, and Austria.

The 360,000 G-permit holders who cross the border into Switzerland each day are subject to certain restrictions that the other 1.718 million foreign nationals residing permanently in Switzerland under C, B, or L permits are not.

These are some of the rules pertaining specifically to cross-border commuters.

Restrictions concern the use of vehicles

For instance, under the current rules, cross-border commuters are allowed to drive to and from jobs in their vehicles registered abroad, but they can’t use their personal cars for professional reasons.

Instead, they must use a vehicle provided by their Swiss employer.

However, a parliamentary motion, supported by the Federal Council, calls for changes to this regulation, arguing that it limits employment opportunities for certain workers.

This is the case, for instance, in the cleaning sector, where it is customary for employees to go to the place of work directly from home, bringing the necessary material with them.

However, “due to the regulations in force, this way of proceeding is not allowed for cross-border commuters,” according to MP Martin Schmid, who filed the motion now being debated in the parliament.

By the same token, if you receive a company car registered in Switzerland from your Swiss employer, you can use it only to commute to work and back, as well as for professional activities.

However, EU customs regulations prohibit private use of the Swiss company car in your EU home country.

But that’s not all: if you live in an EU state, never borrow cars registered in Switzerland and drive them abroad. That is because EU residents are banned from driving a Swiss car in an EU country — unless the Swiss owner of the car is sitting next to you and can vouch that this is their vehicle and you are just driving it on their behalf.

There are other restrictions imposed on G-permit holders as well, mostly concerning residence rights.

For instance, cross-border commuters must return to their main place of residence abroad — if not each day, then at least once a week.

While a person with a G permit can’t purchase Swiss property to be used as their main residence (since they don’t have a permanent resident status), they are allowed to  buy a secondary residence, but only in the vicinity of their Swiss employer.

This means that, if, for instance, you live in the Haute-Savoie region of France and work in Geneva or Vaud, you can’t buy a house 230 km away in Zermatt.

Also, while you are allowed to own this property, you can’t rent it out.

READ MORE: EXPLAINED: Who can work in Switzerland but live in a neighbouring country

Be aware of taxes

Cross-border workers should be aware of tax rules so they don’t inadvertently break them. The specific rules all depend on which country employees are travelling from.

For instance, there’s an agreement between Switzerland and France, Italy, and Germany authorises cantons to subtract withholding tax (also known as taxation at source) from cross-border workers’ wages.

This system is different from the one used by resident workers, who declare their income and pay taxes in monthly instalments throughout the year.

The taxes that cross-border workers pay in Switzerland are deducted from their tax liability in their country of residence.

To determine the withholding tax rate, the total gross income from all employment, including supplementary earnings such as benefits from invalidity or accident insurance, are calculated.

Employers then forward the levied amounts to cantonal tax authorities.

READ MORE: What cross-border workers should know about taxation in Switzerland

JOBS
Working in Switzerland: A weekly roundup of the latest job news 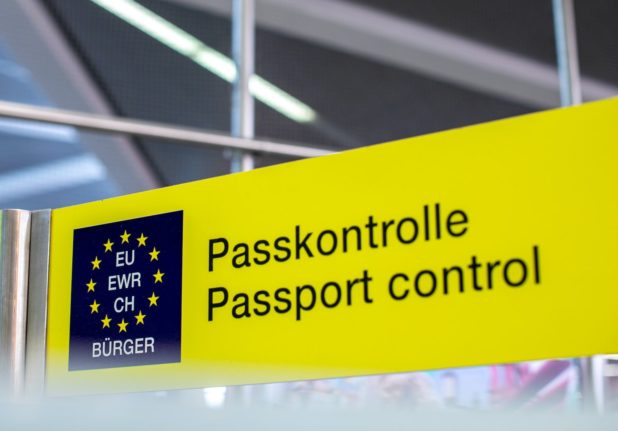 Switzerland and the EU signed the Agreement on the Free Movement of Persons (AFMP), to lift restrictions on EU citizens wishing to live or work in Switzerland, in 1999. It came into force in 2002, and also applies to citizens of EFTA member states.

In their bid to limit immigration, right-wing parties have been arguing that foreigners too often abuse Switzerland’s social structure by relying on welfare instead of contributing to society.

However, these claims are false, according to the State Secretariat for Economic Affairs (SECO), as reported by Neue Zürcher Zeitung this week.

In fact, by being gainfully employed and paying into the obligatory social security scheme, immigrants have had a positive effect on the old-age AHV / AVS pension, as well as on disability and health insurance, SECO said.

For instance, in the past they contributed 27.1 percent to the financing of the AHV / AVS, while drawing only 15.2 percent of it.

In terms of disability insurance, foreign nationals paid 26.5 percent into the scheme, receiving only 14.9 percent of benefits in return.
With regard to the compulsory health insurance, SECO assumed “that most EU nationals in Switzerland are currently of working age and in fairly good health. They therefore represent an advantage” to the system.

There is, however, a downside as well.

In 2020, when many people in Switzerland were laid off due to the Covid pandemic, immigrants weighed more heavily on unemployment insurance. They paid 25.5 percent of contributions while receiving 32.8 percent of benefits.

This situation is not unusual though, SECO said, since more foreigners than Swiss work in sectors more prone to unemployment, such as construction and the hotel industry.