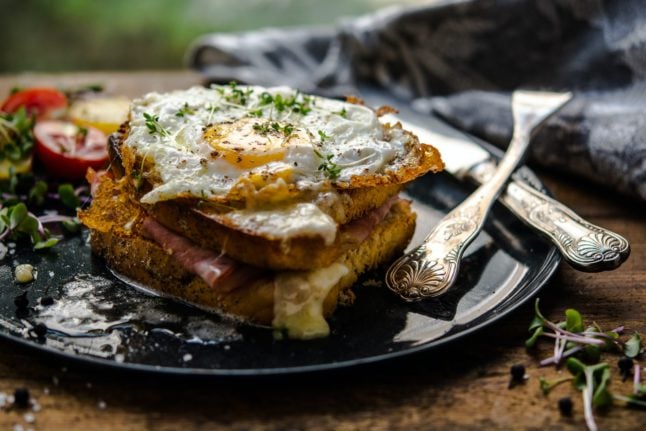 Several foods have gone up in price in Switzerland, including breakfast staples like eggs and dairy products. Photo by Jonathan Pielmayer on Unsplash

Breakfast items are getting more pricey in Switzerland, according to data compiled by the Comparis Consumer Price Index, which tracks the development of goods like food, medicine and clothing.

In October of this year, prices for everyday goods in Switzerland rose by 3.2 percent compared to the same month last year, according to the index.

But nine typical breakfast ingredients are on average 5.5 percent more expensive compared to a year ago.

People in Switzerland have to pay more for butter (in increase of 10.7 percent compared to the same month a year ago), margarine, fats and oils (plus 8.9 percent), coffee (plus seven percent), milk, cheese and eggs (plus 5.9 percent) and tea (plus 3.4 percent).

READ ALSO: How does the cost of living in Switzerland compare to other European countries?

The prices of these goods have been rising steadily for several years, the consumer service Comparis found. Since the year 2000, breakfast with the ingredients we mentioned above has become 11.1 percent more expensive on average. The cost of butter, jam, honey, margarine, fats and oils, tea, coffee, bread, flour and cereal products have risen the most over the years.

But it has been accelerating this year as inflation is fuelled by rising energy prices amid Russia’s war on Ukraine.

“For years, the costs of typical breakfast ingredients have been rising faster than the prices of the entire overall basket of goods,” said Comparis financial expert Michael Kuhn, adding that it was hitting those on lower incomes particularly hard.

Besides some food items, other goods have also become more expensive in the Alpine country.

After heating costs, prices for printed products, men’s and women’s shoes – as well as fruit and vegetable juices – have also shot up in price. The reasons for this could be “poor harvests and increased demand”, Kuhn said.

READ ALSO: The groups most affected by inflation in Switzerland

What’s not increasing dramatically – or going down in price?

Not all items are rising in cost at the same rate.

The cost of of electricity, for instance, has remained stable since September, and compared to the same month last year, electricity has become about 2.4 percent more expensive.

Looking at the bigger picture, some products have also gone down in price.

Medicines, small household electrical appliances and body care products have become cheaper over the last few years, according to the index.

Medicines in Switzerland have seen an average reduction in price by 43 percent since the year 2000. 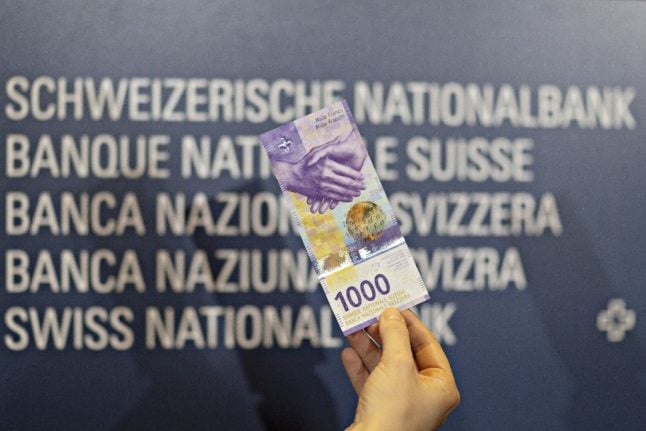 In Switzerland, the amount of money one needs to make to be considered rich is different for every location.

The Institute for Swiss Economic Policy’s “Swiss Inequality Database” has calculated this number for each Swiss canton.

What exactly does it mean to be rich, and just how much money do you have to earn to be considered among Switzerland’s wealthiest breadwinners? While the desire for wealth and abundance is – to a degree – universal, its definition varies from place to place. This is particularly the case in a country as well off as Switzerland. Yet, there is clear data that shows when an individual is considered to be among the top earners for every canton.

Households with an annual income of over CHF 97.591 (before taxes) belong to the wealthiest 20 percent in the country, however, it takes an impressive net salary of more than CHF 1.2 million to be among the country’s richest 0.1 percent. In contrast, after taxes, the latter will be left with around CHF 762,866 in their pockets.

As with most things in Switzerland, just what income (before tax) makes one rich can vary significantly from canton to canton.

If you’re hoping to be among Romandy’s top earners, you’ll have the most challenging time accumulating wealth in Geneva where a staggering CHF 2.1 million is required to be considered among the canton’s 0.1 per cent uber rich. If you’re shooting for less, say the canton’s top 20 percent, you’ll only need to be earning a “modest” CHF 102,873 and to position yourself somewhere in the middle, at 5 percent, your salary would have to hit CHF 213,761.

Leading the chart in German-speaking Switzerland is Zug where an income (before tax) of CHF 3,7 million will put you in the 0.1 percent of earners. In comparison, Zurich’s super rich average CHF 1,4 million per year. The gap is equally wide when it comes to the top 5 and 20 percent of the cantons’ wealthiest, with Zug’s averages standing at CHF 310,584 and CHF 133,048, while Zurich averages at CHF 205,822 and CHF 109,585.

The situation is similar in Aargau with its richest earners bringing in some CHF 730,312. The top 20 percent of Aargauers have a salary of around CHF 707,342, with the 5 percent bringing home around CHF 165,682.