The new budget bill includes measures amounting to a total of 35 billion euros, with more than 21 billion going towards supporting households and businesses in the face of soaring utility bills.

In a press conference on Tuesday morning, Italy’s new prime minister, Giorgia Meloni, praised the proposed 2023 budget law as “a bold move” focusing for the most part on low-income households and struggling businesses.

That said, a number of political commentators have already pointed out that the bill is actually pretty far removed from the promises made by Meloni herself in the lead up to the September elections.

“It’s a prudent and responsible budget,” which is largely “in continuity” with Mario Draghi’s former government, Giuliano Noci, a professor at Milan’s Politecnico school of management, told AFP. 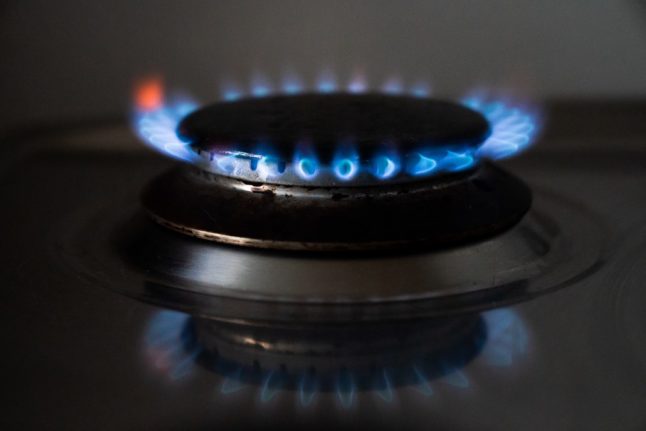 Under Italy’s new budget law, as many as 21 billion euros will be used to mitigate the effects of the EU energy crisis on families and businesses. Photo by Ida Marie ODGAARD and Ritzau SCANPIX / AFP

The new cabinet has already had to raise Italy’s 2023 public deficit to 4.5 percent of the national gross domestic product (GDP), up by over a percentage point compared to forecasts made under Draghi’s tenure.

By Economy Minister Giancarlo Giorgetti’s own admission, this has forced the new government to focus on “financially sustainable” policies right from the start.

The draft budget law is now set to head to parliament, where both chambers will have until December 31st to approve the bill’s text.

Barring any major amendments in parliament, these will be the main measures introduced by the 2023 budget.

The new budget law will cut the ‘tax wedge’ (cuneo fiscale), i.e. the difference between the amount workers are paid by their employer and the amount they effectively earn after taxes.

In addition to the above measure, companies hiring women aged under 36 will benefit from tax exemptions.

At the moment, Italian households with an ISEE (Equivalent Financial Position Indicator) of up to 12,000 euros can benefit from discounts on their gas and electricity bills as part of the ‘bonus gas e luce’.

The new budget will raise the ISEE threshold to 15,000 euros, with the bonus remaining available until the end of at least March 2023.

READ ALSO: EXPLAINED: What’s an ISEE and when will you need one in Italy?

The bill is also set to raise the amount of tax credit (credito d’imposta) businesses can claim under the ‘bonus energetico’.

As of January 1st, owners of heavily energy-consuming businesses (imprese energivore) will be eligible to receive tax credit amounting to as much as 45 percent of their energy-related expenses.

The claimable amount will be set at 35 percent for the other businesses.

Current discounts on fuel duties – 30.5 cents on every litre of petrol or diesel and around 10.4 cents for methane – will be halved starting from December 1st.

The measure has already attracted significant criticism from consumer groups, with the president of Codacons, Carlo Rienzi, condemning it as an “absurd move” that will have “grave effects” on residents’ livelihood. 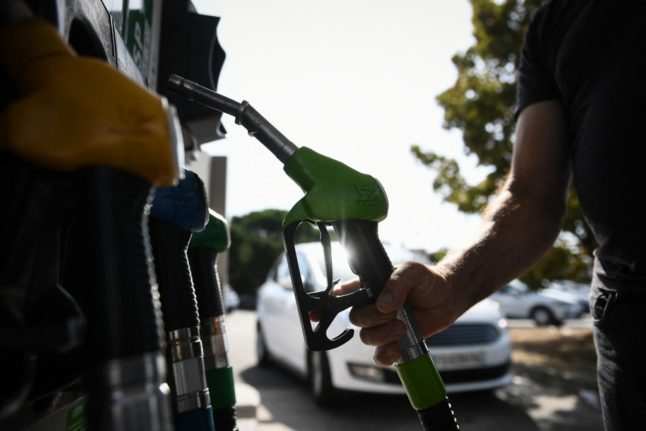 In a controversial move, the government will halve the current fuel discounts starting from December 1st. Photo by Valentine CHAPUIS / AFP

The 2023 budget bill will also provide a temporary solution to the controversial Fornero Law by introducing the so-called ‘Quota 103’.

Essentially, as of January 1st 2023 and until the end of the year, anyone with at least 41 years of service and aged 62 or more will be able to retire from work.

That said, the above measure will only postpone a wider reform of the Italian pension system to 2024.

As of January 1st 2023, able-bodied people of working age will only be able to claim Italy’s unemployment benefits scheme, the so-called Reddito di Cittadinanza, for a maximum of eight months.

However, the scheme will remain available to disabled people for the whole of 2023.

The Reddito di Cittadinanza is expected to be fully scrapped in 2024, but it isn’t yet clear what unemployment aid system the new government will replace it with.

Freelancers (or ‘partite IVA‘ in Italian) with an annual income of up to 65,000 euros currently benefit from a 15 percent flat tax rate.

Though the cabinet’s original plans were to bring it up to 100,000 euros, the ceiling will only be raised to 85,000 euros at the start of next year.

Businesses across the country won’t be required to accept card payments for transactions below 30 euros until at least June 2023.

READ ALSO: EXPLAINED: Why people in Italy might have to carry more cash from now on

The government has chosen to suspend the current fines system to allow the newly created Ministry of Enterprises and Made in Italy to “establish new exemption criteria” and “guarantee the proportionality of the given penalties”.

The move has already been billed as a “gift to tax dodgers”.

Italy’s windfall tax on energy companies’ excess profits is set to go from 25 percent to 35 percent.

VAT on all sanitary pads and diapers is set to be capped at five percent.

Opposition parties have long been critical of the above measure as they fear it might favour tax evasion.