Construction cranes on the site of a new building in Vienna. (Photo by ALEXANDER KLEIN / AFP)

Around 71,2000 flats were built across the country in 2021, which exceeded the already high level of the two previous years by 5 percent and is the highest result since the beginning of the 1980s, the data institute said.

The provinces with more activity were Vienna (23 percent of all completed apartments were built there), followed by Upper Austria (19 percent), Lower Austria (17 percent) and Styria (14 percent). However, the province of Tyrol, in Western Austria, had the highest construction activity per inhabitant, according to the data.

FOR MEMBERS: Is now a good time to buy property in Austria?

Based on annual average population figures, about 7.9 apartments per 1,000 habitants were built in 2021 overall.

The highest rates were registered in Tyrol (9.0), followed by Upper Austria and Styria (both 8.8). The numbers in Vienna include only new homes in new buildings – not any renovations to add apartments to already existing blocs.

However, inflation has also been felt in the construction sector, according to a separate report by Statistik Austria.

“In October 2022, construction costs for residential buildings were +7.6  percent, significantly above the October figure of the previous year, but down slightly by 0.3 percent compared to the previous month of September,” said Statistics Austria Director General Tobias Thomas.

The Austrian Institute of Economic Research (WIFO) currently expects the completion of new homes to stagnate this year and decline by 2 or 3 percent in 2023, according to Der Standard.

The reasons are inflation, higher construction costs, delivery problems and the new stricter lending guidelines that prevent some people from being able to borrow and finance a home, Wifo economist Michael Klien told the daily.

Austrian housing researcher Wolfgang Amann told Der Standard that, from 2024, the stricter rules would have more impact leading to a “massive drop” of 24 to 30 percent in the completion of single-family homes.

From August 2022, anyone applying for a mortgage in Austria is subject to new rules related to equity and terms and conditions for loans, as The Local reported.

The most significant change to house-buying rules in Austria is that there is now a mandatory deposit of 20 percent of the value of a property, including additional costs. Previously, banks were simply issued with recommendations about a minimum deposit.

So, what will happen to the property market?

Peter Marschall from Marschall Real Estate in Vienna told The Local: “In one scenario, the political situation is not so bad and property prices and demand go down a bit but not dramatically.

“In the worst case scenario, the war in Ukraine is still ongoing or getting worse, the economy is bad and bankruptcies are increasing.

“The question is, how bad will it get? I hope not as bad as some people predict, but it’s difficult to see into the future right now.”

READ ALSO: EXPLAINED: What will happen to Austria’s property market in 2023?

Justin from Amazing Austria told The Local that he expects prices to fall across the entire property market in Austria next year. However, it might increase transactions in some segments.

Justin said: “Predictions for 2023 are that the market will definitely slow at the lower end.” 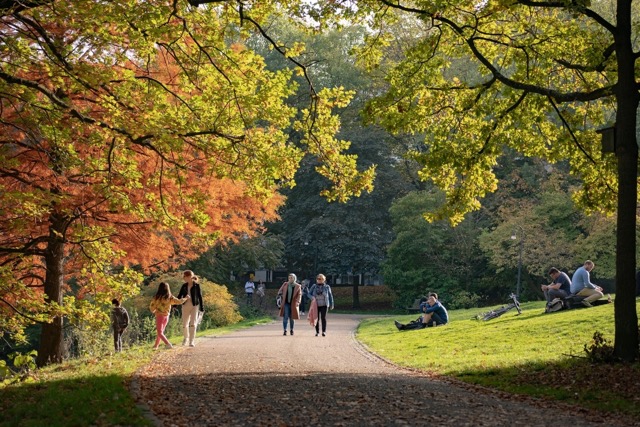 It may seem like people in Austria (and much of the world) have been hit with hard news non-stop for the past few years. From the coronavirus pandemic to the invasion of Ukraine and following the energy crisis, there has been barely any respite.

A 2022 research showed that a large part of the Austrian population looked to the future with scepticism and pessimism, especially when it comes to the economic situation.

Almost half of the Austrian population (47 percent) eligible to vote (Austrian citizens older than 16 years old) said they are looking to the near future with scepticism and pessimism. Only 23 percent expressed optimism and confidence.

They were even gloomier when it came to evaluating the economic situation, as 62 percent said they expect it to deteriorate.

The energy crisis has been contained

Firstly, while many feared that decreasing influx of Russian gas to Europe could lead to a significant shortage – with some predicting the continent would “freeze” – that did not come to place.

Austria, in particular, has been highly effective in cutting its ties to Russian energy imports and is no longer heavily dependent on Russian gas.

READ MORE: How expensive are gas and electricity in Austria right now?

Before the war in Ukraine, it sourced around 80 percent of all gas from Russia and had gas reserve tanks at only approximately 12 percent capacity. However, by September, Austria had already reduced imports of Russian gas to 21 percent and had its gas tanks well stocked at just over 95 percent. Moreover, with the current mild winter in the Alpine country, storage is likely to maintain high levels.

Of course, the country was able to purchase gas from other sources, but the deals, some of which expire before the next winter season, will need to be renewed and renegotiated. Other solutions, including expanding renewable energy infrastructure, are also long-term and results won’t be seen until the coming years.

Still, compared to the alarm many felt almost one year ago, the energy situation in Austria is definitely something to be optimistic about.

After almost three years of restrictions, fear and thousands of deaths, the coronavirus pandemic seems to have reached a new endemic phase. One in which people can resume their everyday lives, take their yearly vaccinations and be more careful around those who are more vulnerable.

In 2023, Covid-19 looks to become endemic, like the flu, and we likely won’t require major restrictions such as lockdowns and contact tracing. The virus will continue to circulate, but hygiene measures and vaccination will prevent most serious cases,

READ ALSO: Colds and flu: What to do and say if you get sick in Austria

Austrian experts such as virologist Dorothee von Laer of the Medical University of Innsbruck have agreed that the pandemic is “over”. Von Laer said the coronavirus has now joined the ranks of other colds or viral infections, according to Austrian media.

She cited the broad basic immunity that now exists in the population, which means that far fewer people fall ill, and if they do get sick, it is not as severe as in earlier times.

READ ALSO: Long Covid: What support is available in Austria? 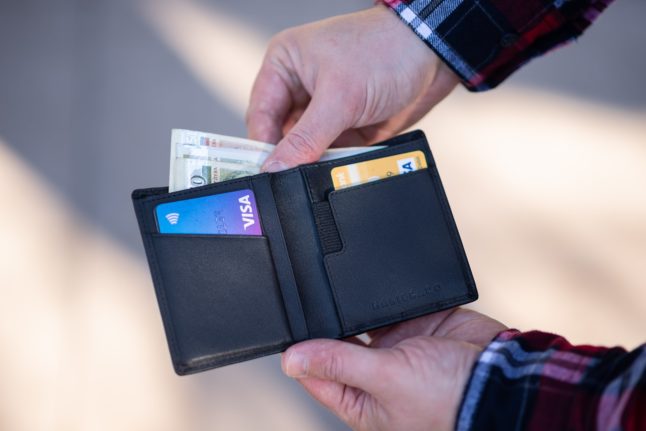 Pictured is somebody getting cash out of their wallet. Photo by Emil Kalibradov on Unsplash

Even though it is still at a high level, the inflation rate seems to have stabilised in Austria. After reaching double digits in 2022, the consumer price index could fall back to 6.7 percent in 2023 and 3.3 percent in 2024, according to an EU Commission estimate.

Austria’s Institute for economic research WIFO has a similar prediction: the economists said in 2023, inflation should slow to 6.5 percent as energy prices also fall.

Several government measures aimed at dampening the effects of the rising cost of living will also be in place in 2023, including one-off bonus payments and tax changes. In addition, the tax reform, electricity price brake, government aid and more mean households will be able to save thousands of euros in 2023.

“The situation on the labour market remains favourable and is expected to deteriorate only temporarily as a result of the economic downturn”, economist Stefan Ederer at WIFO wrote.

Many high-paying job positions are still open as Austria faces a labour shortage in areas including IT, healthcare and education. Federal healthcare reform will also raise working conditions (and salaries) in the sector, trying to attract the thousands of health workers Austria needs.

New Year’s Eve 2022 marked the return of one of the many events cancelled during the pandemic years, the Silvesterpfad, with hundreds of thousands of people in Vienna’s city centre. The crowds ushered the new year and celebrated that last mark of the “end of the pandemic’.

Now, 2023 is set to be the first year since 2023 with little to no restrictions when your summer travel (and if you are going to Croatia, more good news as the Balcan country joins the Schengen area) is safer than ever and plans can again be made perhaps even without a cancellation policy.

Austria has countless events to make for a very enjoyable and optimistic 2023, from film festivals, the Donauinselfest, the Salzburg Festival, Vienna Pride or just plain swimming in lakes and rivers – or visiting museums without fear of being indoors.