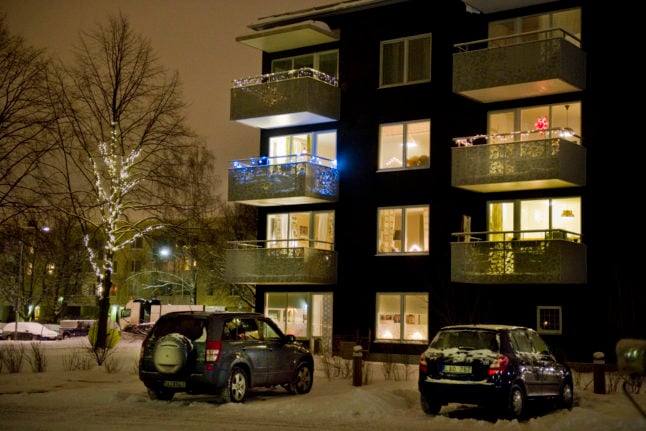 My attitude to light has changed

You may have noticed while walking around Swedish towns or cities that few Swedish properties have curtains. This can be quite a sharp contrast if you, like me, come from a culture where curtains are closed the second it gets dark outside, so that passers-by can’t see you through your windows.

During my first few months in Sweden – which also happened to coincide with the Coronavirus pandemic – I realised while I was mindlessly looking out of my window one dark evening at the block of flats across our courtyard that I appreciated being able to see the small squares of light in my neighbour’s windows.

Like twinkly fairy lights, they were reassuring, a small window into the daily lives of strangers which made me feel closer to other humans in a time where we were encouraged to be distant and socialise as little as possible.

I still think about that feeling when I look out of the window and see those yellow squares with tiny figures moving from room to room, even more so during winter, where they’re decorated with Advent candles and Christmas stars. 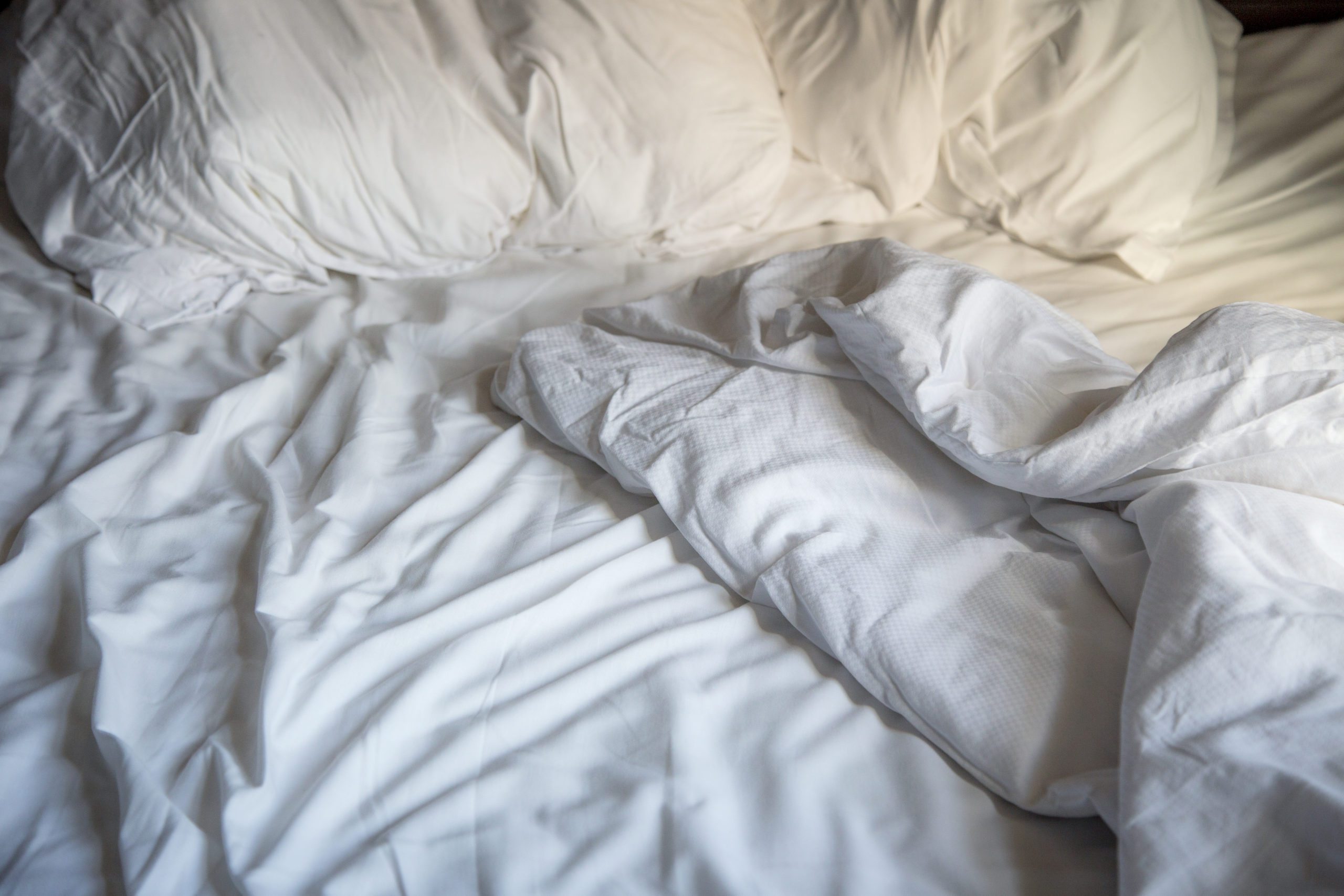 Becky Waterton spends much of the winter in Sweden under a blanket. Photo: Helena Landstedt/TT

I go into hibernation in winter

Another Swedish habit which I’ve adopted is going into hibernation in winter. Not literally, obviously, but more in a sense of taking part in fewer social activities and spending more time at home (usually under a blanket).

I’m not sure if this is due to arriving here just before the pandemic or the fact that I have a young child (so I don’t spend that many evenings outside of the house anyway!), but this hibernation period usually consists of eating comfort food, putting on warm and cosy clothing and spending a lot of time indoors looking out at the cold, grey skies that dominate Sweden for so much of the year.

There’s an old saying in Sweden, ingen dåligt väder, bara dåligt kläder (no bad weather, only bad clothes), but this doesn’t seem to apply in winter, where it appears perfectly acceptable to just stay indoors.

On the other hand, as soon as the weather is nice (which usually happens some time around March), the pressure rises to go outside and make the most of the weather, even if you’d actually rather prefer to stay at home.

Obviously, there are some things you stop eating when you move to Sweden as you are no longer able to get hold of them. Pre-packed sandwiches for lunch, small bags of crisps and fish and chips on a Friday are a few examples of things I naturally stopped eating when I first moved abroad.

Other things grow on you slowly. Since moving to Sweden, I rarely eat a sandwich with two slices of bread, instead eating a macka, a slice of bread with topping. I would never before have eaten a sandwich for breakfast, but I regularly eat mackor, whereas previously I might have gone for porridge or just plain toast with butter.

There is one Swedish foodstuff I will never accept, though, and that’s bread made using sugar or syrup, such as the limpa bread which haunts supermarket aisles down here in Skåne. It may make me look a bit odd checking the ingredients of every loaf in the supermarket, but I will die on this hill, and I have accepted that fact.

You’re probably expecting me to say something about how Swedes only eat sweets on Saturdays, and that I have also adopted this habit.

Although lördagsgodis has also become part of my weekly schedule, I have quite cunningly combined this with my previous sweet-eating habits, meaning that I not only can eat sweets on whichever day of the week I want, I can also gorge on them when Saturday comes around.

I have, however, entirely embraced the habit of fika. Any excuse to eat one of Sweden’s many excellent pastries with a cup of tea (yes, I’ve not gone full-Swede on the hot drink front, either) is welcome, in my book. 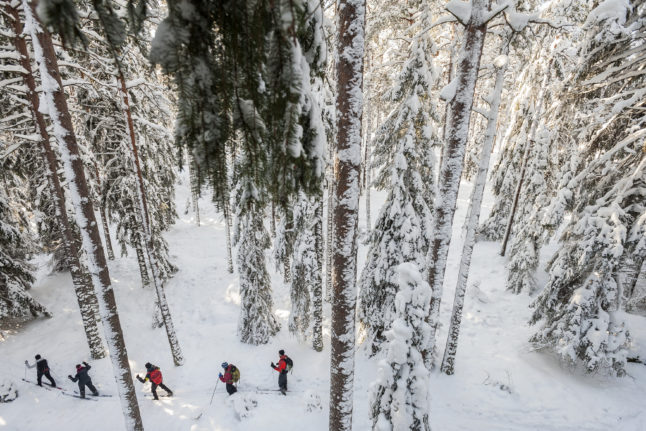 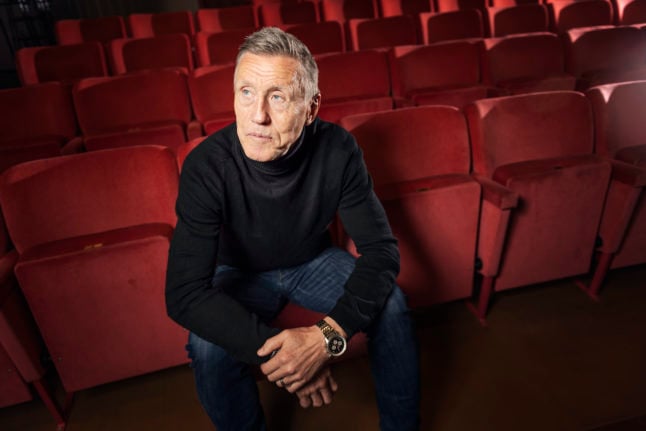 The mood in the stadium was ugly that September night in 1976, as the USA and Sweden national teams prepared for battle in the world’s first truly international ice hockey tournament. The Toronto crowd booed the American national anthem and was indifferent to the Swedish one.

Then a mean-looking Swede took to the ice and the entire stadium rose to its feet. The ovation continued for several minutes (you can watch it here). It is considered the greatest moment of all time in Swedish hockey.

The Swede in question was Börje Salming, a Swedish legend, who died last week from a cruel and terminal illness. It is no exaggeration to say that his death touched the nation, and beyond. How many Swedes can claim to have had an obituary in the New York Times?

For Swedes, Salming was much more than an international sporting superstar. His rise to stardom in North America in the 1970s and 80s reflected a social transformation as Sweden moved away from the collective ideals of the folkhemmet (people’s home) towards a more individualistic, competitive and outward-looking society.

Tributes to Salming describe how he blazed a trail for Swedish hockey players into the North American big time and challenged the stereotype of the “chicken Swede”, the soft European. But he also changed perceptions about acceptable behaviour. Without Salming, one could imagine that Zlatan Ibrahimovic, the bad boy of Swedish football, might never have made his big break and left Rosengård.

Salming was born in 1951 near the mining town of Kiruna in northern Sweden. His mother was Swedish while his father was a member of the indigenous Sami population. Salming’s Sami heritage made him a target of abuse, and he often endured racist anti-Sami slurs. In his memoirs, he attributes his toughness as an ice hockey player to his Sami heritage and the adversity he faced growing up. 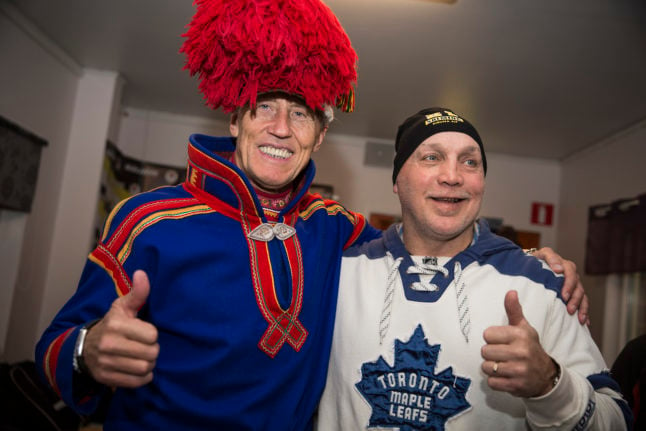 Börje Salming wearing a traditional Sami kolt and Tiger Williams, one of his former teammates in the Toronto Maple Leafs. Photo Fredric Alm/TT

When Salming started to play professionally, the prevailing style of ice hockey was sossehockey (social democratic ice hockey), according to sports lecturer Tobias Stark from Linnaeus University. Sossehockey demanded that the team come first and no single player should stand out – an embodiment of the Jante law that celebrates modesty and uniformity over exceptional talent. Moreover, Salming was seen as lazy, troublesome, thuggish, and even un-Swedish.

But it was just these qualities that made him attractive to the Canadian scout who recruited him to the Toronto Maple Leafs in the early 1970s. They met in the locker room after Salming had been sent off for wiping out the referee.

In the NHL, he was an overnight sensation with his brave and combative style. After his first game, a Toronto Star reporter wrote: “Toronto is up 7–4, it is ten seconds left of the game. Then Salming throws himself to the ice and blocks a shot! Geez, this is the kind of player the Leafs need.”

He went on to play more than 1,000 games for the Maple Leafs and break all kinds of records for a defensive player. In 1996, he became the first Swede – indeed the first European – to be inducted into the NHL Hall of Fame.

His reputation as a tough guy was enhanced in 1986 when an opponent stamped on his face, slicing it open with a wound that required 250 stitches. He was back on the ice two weeks later.

Yet at first, Salming was scorned by the Swedish hockey establishment. They saw him as being seduced by money and joining the ranks of brutal American players with broken noses and no teeth. It took time for his achievements to be recognised back home, where he eventually became a national icon.

After he stopped playing professionally in 1993, Salming became a successful entrepreneur with his own brand of clothing and cosmetics, and he wrote cookery books. He became a vocal spokesperson for Sami rights and the conservation of the wilderness, speaking out against mining in areas where reindeer-herding is a way of life.

In August this year, it was announced that Salming had contracted amyotrophic lateral sclerosis (ALS), or motor neuron disease. The seriousness of his condition was obvious at his last public appearances in Toronto and Stockholm in the weeks before his death.

When the Toronto Maple Leafs played a game the day after Salming died, their players wore shirts with BORJE written in yellow on a blue maple leaf with a yellow crown, reflecting the colours of the Swedish flag – and a reminder of Salming’s nickname: The King.