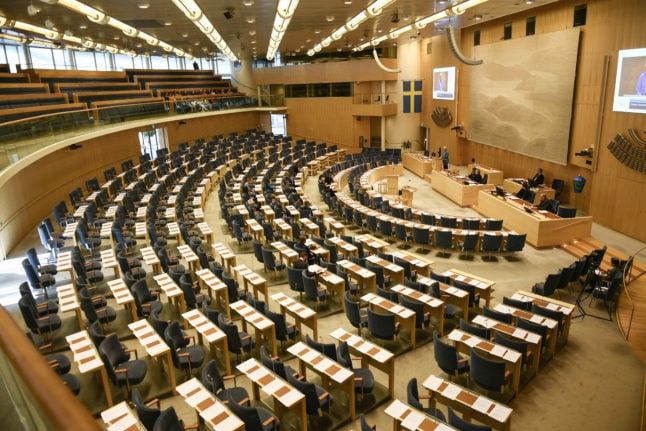 The proposed amendment would make it possible to introduce new laws to “limit freedom of association of groups involved in terrorism”, parliament said in a statement.

After Russia invaded Ukraine, Sweden and Finland abandoned their long-held policy of non-alignment and applied to join the military alliance.

But Turkey has blocked Sweden and Finland’s NATO membership applications, accusing Stockholm in particular of being a haven for “terrorists”.

The vote is scheduled for November 16 and the change is expected to enter into force on January 1, according to parliament’s standing committee on constitutional affairs, which recommended MPs approve the proposal.

Experts have said new legislation would make it easier to prosecute members of the Kurdistan Workers’ Party (PKK), blacklisted by Ankara and most of its Western allies.

“Sweden will take big steps by the end of the year and early next year that will give Swedish legal authorities more muscles to fight terrorism”, he said. Only the formerly communist Left Party has expressed opposition to the change. 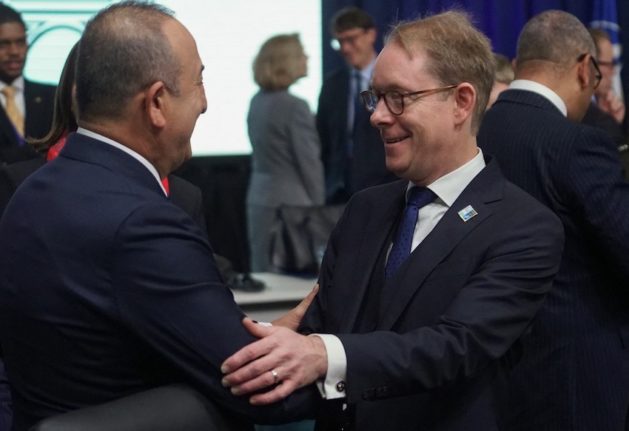 Foreign Minister Mevlut Cavusoglu met with his Swedish and Finnish counterparts on the sidelines of a NATO gathering in Bucharest on Tuesday.

Ankara has accused the two Nordic nations — especially Stockholm — of providing a safe haven for outlawed Kurdish groups it deems “terrorists” and held back on ratifying their Nato bids despite an agreement in Madrid in June.

“The statements (coming out of Sweden) are good, the determination is good but we need to see concrete steps,” Cavusoglu told reporters in Bucharest. “We told them we haven’t seen concrete steps on these issues”.

The progress included the most vexed issue of extradition of criminals and the freezing of terror assets, Cavusoglu said.

“I have to say that I felt after this meeting that yes, there is progress in line,” he said.”We are moving forward with the implementation of a trilateral memorandum which was signed in Madrid.”

US Secretary of State Antony Blinken also sounded upbeat, saying he was confident that Sweden and Finland would “soon” join Nato.

“Turkey, Sweden and Finland are engaging directly as well as with Nato to make sure that Turkey’s concerns are fully addressed, including concerns about its security,” he said. “That process has been moving, moving forward. And I’m very confident and
again, based on what I’ve heard these last couple of days, that Finland and Sweden will soon be formally new members of the alliance.”

Finland and Sweden dropped decades of military non-alignment and scrambled to become Nato members in May, after Russia invaded Ukraine.

The decision requires a consensus within the US-led defence alliance, but only Turkey and Hungary are yet to give consent to their membership.