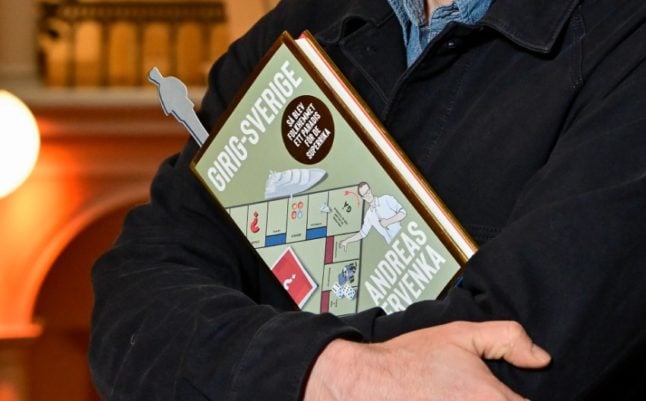 Cervenka paints a picture of a country where, unnoticed by most residents and even most politicians, the economy has gone seriously awry, with worrying levels of indebtedness and gaping inequalities opening up just over the past decade or so.

Everything, he argues, points to a devastating financial crisis coming sooner rather than later.

“Right now, the markets are betting that we can avoid the worst-case scenario. But the jury’s still out, and I think the next six months will be quite crucial,” he tells The Local’s Sweden in Focus podcast, out this Saturday.

He sees the ingredients of the problem as: the decision to bring in ränteavdrag, tax-deductible mortgage interest; the abolition of Sweden’s property tax, inheritance tax and tax on gifts; a poorly functioning rental market; inadequate housing construction; and weak bank regulation.

But perhaps the biggest culprit of all, he argues, has been Sweden’s central bank, the Riksbank.

The zero and negative interest rates the central bank has had in place for much of the last decade and its creation of vast amounts of new kronor to purchase of shares and bonds – so-called quantitative easing – have benefited the rich at the expense of the poor, he argues.

Cervenka scoffs at the complaint from the Riksbank’s former governor Stefan Ingves that heading the bank had been “like sitting on the top of a volcano”, given that it was Ingves’ own policies which have caused most of the problems.

“To describe yourself as a victim of mischievous Mother Earth’s various dangers is perhaps more comforting than having the realisation that the volcano is in fact a gigantic bomb of your own making,” he writes.

Much of the impact of the book comes from Cervenka’s genius for rooting out the most terrifying and striking statistics. Here are some of the ones that left me wondering whether to convert my small savings into gold.

The amount of kronor in existence rose by a terrifying 540 percent between 1996 and 2021, from 750 billion to 4,800 billion kronor. In the two-or-so years since the pandemic hit in 2020 alone, the Riksbank has created nearly 700 billion new kronor.

Between the summer of 2020 and the middle of 2021, detached houses in some parts of Sweden rose by 30 percent in price, the fastest rise in property values recorded in Swedish records that go back to the Middle Ages.

Sweden’s banks have lent out a total of 12,400 billion kronor, over which 6,400 billion was mortgages for houses or loans secured against office buildings.

A stress test carried out by the Riksbank found that if property prices fell 50 percent, the big banks SEB, Swedbank, Handelbanken, and Nordea would be hit by credit losses of 771 billion kronor, wiping out 88 percent of their capital.

Swedes’ debt has grown from 90 percent of their total income in 1996 to over 200 percent in 2021, making the population one of the most indebted in the world.

If you strip out the public sector, Sweden’s debt to GDP ratio is only beaten by Hong Kong, Luxembourg and Switzerland.

Sweden is one of the most unequal countries in the world, with inequality as calculated by Credit Suisse, with higher than every country apart from Bahamas, Bahrain, Brunei, Botswana, Brazil, the UAE, Yemen, Laos, Russia, South Africa and Zambia.

Sweden has the biggest gap between the highest marginal tax on labour and the highest tax on capital of any country in the OECD. Nowhere else is it harder to get rich through your salary.

Sweden’s 542 billionaires, who Cervenka points out could all just about fit into a single Airbus 380, own as much as the poorest 6.2 million Swedes.

In 2012, the poorest 50 percent of Swedish residents owned 3.3 percent of the wealth. By 2020, that share had plummeted to minus 2.4 percent – meaning they are on average in debt – while the wealth of the top ten percent had shot up by 74 percent.

In 1995, the CEOs of Sweden’s top 50 companies earned about four times what a top person at a university earned. In 2019, they earned 16 times as much. If you adjust for the price of a detached house in Stockholm, CEOs have seen their incomes in square metre buying power rise by 13 percent, while MPs and ministers and university chiefs have seen theirs fall by 43 percent and 68 percent respectively.

You can buy Girig-Sverige by Andreas Cervenka here on the website of its publishers Natur och Kultur or at other Swedish bookstores. It is not yet available in English.