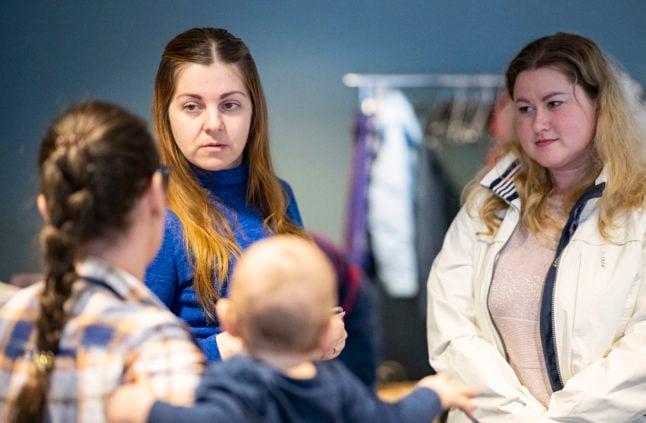 Olga Fariga and Natalia Cheenihova, two women who have fled the war in Ukraine, at a centre in Hässleholm. Photo: Johan Nilsson/TT

To be registered, or folkbokförd, as living in Sweden, you need to have a right to reside in the country for at least one year, and once you are folkbokförd, it is possible to get a personal number, and as a result BankID, the digital identification needed to access so many services in the country.

When the Temporary Protection Directive, the EU mechanism under which Ukrainians have been given the right to live and work in the EU, was triggered in March this year, it was triggered for a year, meaning none of the Ukrainians coming to Sweden had the necessary right to reside in Sweden for a year.

So, the reader asked, now Ukrainians have the right to reside in Sweden until March 2024, does that mean they can get a personal number and BankID?

READ ALSO: What are The Local’s Reader Questions?

Frustratingly for Ukrainians in Sweden, the answer appears to be “no”.

Under Sweden’s law for Civil Registration, people coming to Sweden under the Temporary Protection Directive are treated differently from other people who receive residency, Karl Lindberg, a press spokesperson for the Migration Agency, told The Local.

“Under the Swedish law for Civil Registration it is regulated that persons with a TPD permit will not receive a personal number until they have had the permit for more than three years,” he wrote. “Ukrainians therefore have the right to have a coordination number but not a personal number. This doesn’t change with the extension of the Directive.”

“A person who has been granted a residence permit due to temporary protection will not be recorded in the national registration and [the time spent living in Sweden] cannot therefore count towards citizenship or permanent residency,” Lindberg wrote.

Finally, the reader, who has received a permanent job in Sweden, wanted to know if it would be possible to apply instead for a normal work permit.

Disappointingly, it doesn’t look like this is possible either.

“According to the SMA:s Director of Legal Affairs legal position RS/005/2022 (find here), Lindberg wrote, “the rules in ch. 21 of the Swedish Aliens Act should be applied before the rules on residence permits on other grounds in the Aliens Act. A different interpretation would not be compatible with the purpose of the Temporary Protection Directive.”

Chapter 21 covers “special provisions on temporary protection in a mass flight situation”, so what that means in practice is that anyone whose case is covered by the European council decision implementing the Temporary Protection Directive — IE, all Ukrainians who have left Ukraine to come to Sweden since March 2022 — should first and foremost be granted a residency permit on those grounds.

We do our best to answer our members’ questions. If you have queries about anything to do with Sweden please email us at [email protected]

EU citizens who do not work, study or have families in Sweden can still stay in the country longer than three months if they can demonstrate that they are self-supporting. This requires them to have a comprehensive health insurance as well as a guaranteed income from overseas or sufficient savings.

Once an EU citizen gets registered, or folkbokförd, and obtains a Swedish personal number, they no longer have to pay health insurance.

But several Britons who have post-Brexit residence on the basis of being “self-supporting”, told The Local that they believed that they had to continue paying health insurance premiums of as much as 50,000 kronor a year if they wanted to fulfil the conditions for living in Sweden legally and so qualify for permanent right of residence (permanent uppehållsrätt), or citizenship.

“As a sixty-one year old person categorised as self-supporting in Sweden, I must pay almost 50,000 kronor per annum for health insurance,” wrote Simon, a Briton living in Värmland. “A yearly increase of 10 percent for the years until I’m eligible for citizenship is unsustainable. If the proposal for an eight-year wait until one can apply for citizenship is implemented, it’s even more so. If Britain remained in the EU such insurance wouldn’t be required.”

When The Local contacted Sweden’s Migration Agency about this, they said that Simon appeared to be misinformed.

“People who are registered as living in Sweden (folkbokförd) are covered by the Swedish social insurance system and so as a result do not need to have their own comprehensive health insurance.”

When Brits categorised as “self-supporting” and living in Sweden with post-Brexit residence status apply for certificates of permanent uppehållsrätt or Swedish citizenship in the coming years, the agency continued, they would not need to have had comprehensive health insurance over this period to qualify.

“The requirement for comprehensive health insurance is fulfilled because the British citizen is registered as living in Sweden,” the agency wrote.

We have also contacted the Swedish Tax Agency to ask them for their understanding of the requirements, and will update this article when we receive a response. 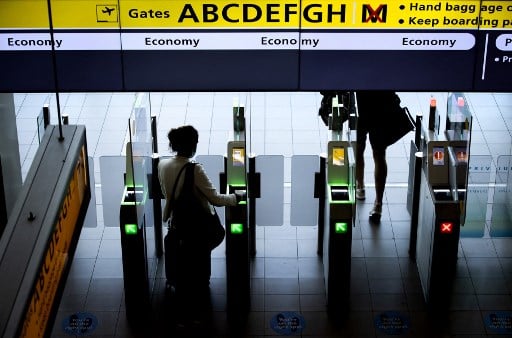 HEALTH
Reader question: What are the rules on travel to Italy from EU countries right now?
Url copied to clipboard!