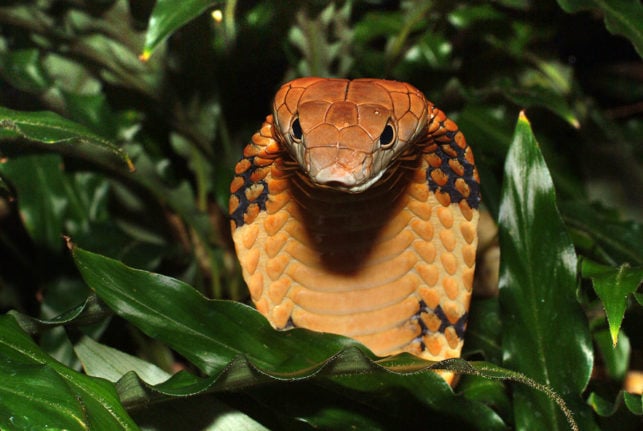 The snake, which has been named “Sir Vääs” (Sir Hiss) or “Houdini” by Swedish tabloids, was found early on Friday morning, the Stockholm Aquarium’s deputy chief Ana Wahlström told Expressen in a text message.

“We are now working on trying to get him out, and will provide an update as soon as we have caught him,” she said. “As you might understand, that’s what’s preoccupying us right now and we won’t have much time to comment while we are devoting all our energy to getting the snake back in.”

According to Jonas Wahlström, the aquarium’s owner, the snake was located using cameras.

“What we’re doing now is making a bigger hole, so we can get him out without causing him any injuries, so we’re hoping to get him out today. It will probably happen today. He’s definitely going to be thirsty, so I think he’ll be happy to be coming out.”