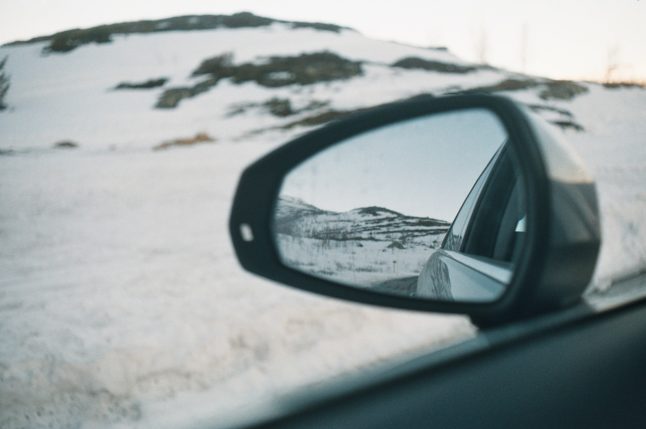 Here's what you need to know about taking to Norway's roads this winter. Pictured is a car in Norway in snowy conditions. Photo by Anton Khmelnitsky on Unsplash

Getting used to driving in another country can feel tricky at first. Whether it’s which side of the road you should be on, the local traffic rules or getting used to how drivers behave.

Luckily in Norway, motorists don’t have the same chaotic reputation they do in Italy or France. However, one thing that can daunt motorists who haven’t learned to drive in Norway or another country with lots of snow is the winters.

Practice makes perfect, and the same applies to winter driving in Norway. Although it may seem daunting, the only way to get used to driving on snowy roads is to practice, the NAF told The Local.

“You have to acknowledge that you need practice in driving in difficult Nordic winter conditions. If you have never driven on slippery nordic winter roads, you have to be careful. It is probably the most difficult condition to drive a car. So it is important to slow down and drive safely,” Nils Sødal from the NAF told The Local.

He added that the NAF has practice tracks that motorists can book sessions to practice their winter driving skills at.

You will need winter tyres

Suitable tyres are required during the Norwegian winters due to icy conditions reducing road surface grip.

In the northernmost parts of the country, the winter tyre season begins earlier due to the snow arriving and settling quicker than it does in the south. The season in the north starts on October 16th before commencing on November 1st in the rest of the country.

In the winter, tyres must have a minimum pattern millimetre depth of 3mm. Cars can also be fitted with studded tyres that can only be used during winter.

There are different requirements for heavy vehicles over 3,500 kg. You can read about the rules for heavier vehicles here.

While it may seem like a chore, changing sooner rather than later can prevent you from being caught out by the weather.

In addition, Søldal said that it’s essential that you use winter tyres designed for Nordic conditions and not continental winters.
“Tests show that winter tyres for continental European winters are no good in Scandinavia, so you must have proper nordic winter tyres on the car you are driving,” he explained.

READ MORE: Why sooner is better than later for switching to winter tyres in Norway

Certain roads will be closed

Some mountain passes in Norway will close during the entire winter, while some may close depending on conditions like wind and snow.

This makes using a journey planner and paying attention to the conditions even more important. You can click here for an overview of road closures affecting mountain passes and weather-exposed roads.

For a journey planner, click here, and here for weather warnings.

But other than a few roads being closed, it will be business as usual

Unlike other countries, everything doesn’t come to a complete stop in Norway when a bit of snow falls. Given the climate, authorities and motorists are incredibly well prepared for winter.

Snowploughs and tractors ensure that main roads remain clear of snow and open. Drivers still take to the roads, too, albeit at a slower pace.

Sudden snow showers can, of course, blanket the road, which can make it harder to maintain traction. While most roads will be clear, you may have to drive on ice and fresh snow at some stage.

Winter brings short days and long dark nights. This makes it extra important to pay attention to the road when driving in rural areas.

With it being darker sooner, it can be much harder to spot moose emerging from banks to cross the road. They are also sometimes attracted to the salt solution used to de-ice roads.

You’ll be alerted when you are entering an area with lots of moose and deer by road signs. In these areas, you will need to be extra vigilant.

You will probably need to add more time to your journey than you think because you need to drive slower or take diversions. The NAF said that you should always keep a bag of essential items you might need in the car.

“It is important to have an emergency suitcase with some essential items. Warm clothes, blankets, a shovel, car chains, ice scrape and other things that are important if your car stops in cold temperatures,” he said. 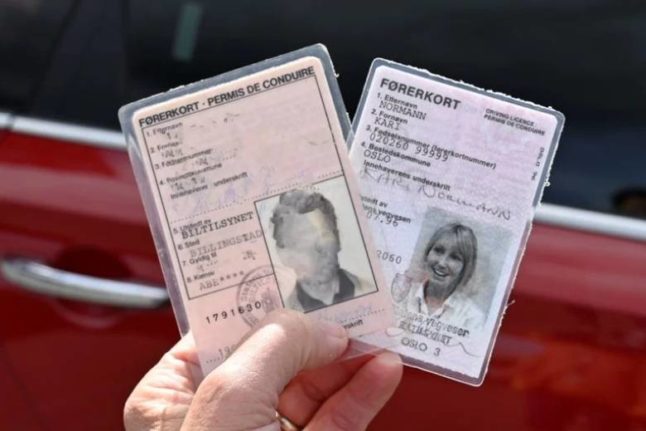 “We are concerned that so many people still have not renewed their driving licence. Now, those who want to continue driving after the New Year need to take urgent action,” department director Lill Tove Amundsen in the Norwegian Road Administration noted in a recent press release.

From January 1, 2023, driving licenses that are larger than bank cards will no longer be valid. If you want to continue driving, you need to renew your driving license by the end of 2022.

People who still need to renew their driving licenses have received several SMS messages from the Norwegian Road Administration.

Remember, if you’re caught driving with an invalid driving license, you risk a fine of 5,000 kroner.

You can book an appointment to renew your driving licence here.