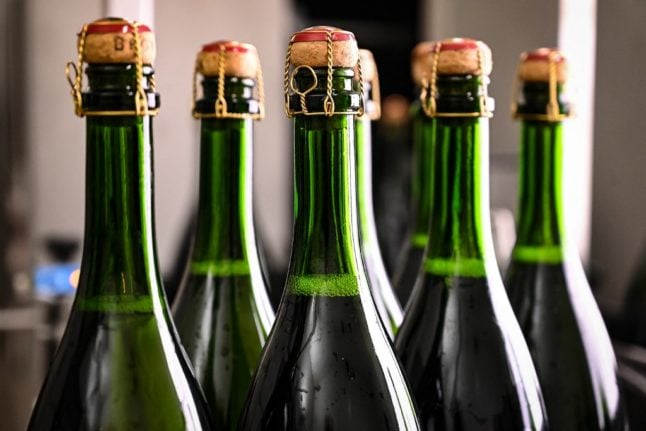 Both the quality and quantity this year are comparable to vintage years 2002 and 1982, the head of the champagne producers’ union SGV told a press conference on Thursday.

The Champagne region suffered from water shortages like the rest of France but rain “arrived at the right moment during the cycle”, Laurent Panigai told reporters.

This summer was France’s second hottest on record, with average temperatures 2.3C above the norm.

But the abundant sunshine looks set to deliver a windfall for many wine makers.

Producers in the Bourgogne region are also suggesting this year’s harvest could be comparable in quality to 1959, one of the best years of the last century.

Champagne producers were authorised to pick up to 12,000 kilogrammes of grapes per hectare, the highest level for 15 years.

This is set to enable them to replenish their stocks after a disappointing year in 2021.

The hot weather helped reduce diseases such as mildew. The fungal growth wreaked havoc on the 2021 French wine crop, which was also hit by late frosts.

“Many of the greatest years come at the same time as large (production) volumes,” Panigai said.

Drinkers can expect to sample 2022’s champagne vintage in 2024, as most bottles are kept in cellars for between 15 months and three years.

The champagne industry was hit badly by the Covid-19 pandemic, which shut restaurants across the world and led to most social events being cancelled.

France is the world’s second largest wine producer, after Italy. 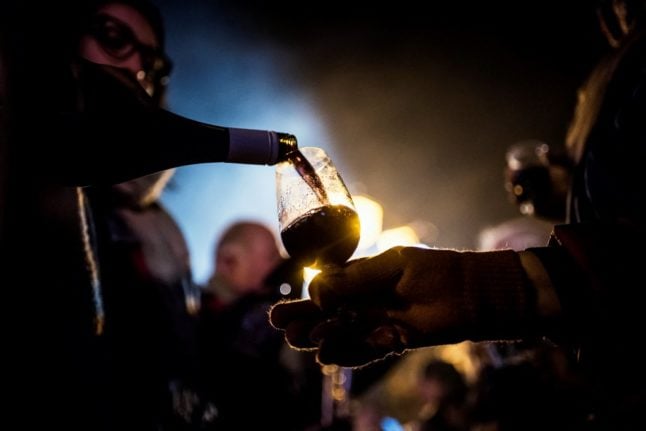 Each year – on the third Thursday of November – people across the world celebrate one thing, and it is not Thanksgiving. It is the release of the Beaujolais Nouveau, a French wine coming from the east of France, south of the wine growing region of Burgundy.

The release of the Beaujolais Nouveau vintage brings with it lots of celebration – four days of it in the Beaujolais region itself. The vintage is then shipped far and wide for people to consume, more often than not at a very affordable price of just a few euros.

Unfortunately, however, the light, red wine also has suffered from a negative reputation. Critics (or perhaps just those who have drunk too many glasses) say it gives you a hangover, tastes terrible (apparently similar to bananas to some), and above all that it is low-quality.

But to Rod Phillips, wine expert and author of “French Wine: A History”, Beaujolais Nouveau is “young, fruity, bright, cheerful.”

Phillips went on to say that it is “not a wine to discuss or contemplate,” but “that doesn’t make it bad wine. It’s different from structured, more subtle and nuanced wines.”

For Caroline Conner, sommelier and head of Lyon Wine Tastings, Beaujolais Nouveau is “really fun” and highly encourages people to give the wine a chance, particularly from local producers.

You can hear Caroline Conner discuss Beaujolais Nouveau in the new episode of the Talking France podcast. Download here or listen below.

Conner explained the stories of Beaujolais Nouveau wine causing hangovers has nothing to do with the way the wine is made, or even how quickly it is produced –  using grapes that were harvested just a few months before being bottled.

“It’s not about the technique, it’s because most of it is mass produced. Any mass produced wine is probably going to give you a hangover,” the sommelier explained.

Of course hangovers also depend on how much you drink – of any wine.

According to Rod Phillips, the stereotype that Beaujolais wine is of poor quality stretches back hundreds of years.

“The region had a setback in the Middle Ages and took a long time to recover,” explained Phillips.

In 1395, the Duke of Burgundy issued an edict – grapes from the Gamay vine were “injurious to the human creature” and wine that came from them had “terrible bitterness.” He is even thought to have said that the vine itself was an “evil and disloyal plant.”

According to Phillips, this decree was in the Duke’s interest: “He was protecting pinot noir, which was used for Burgundy’s already-famous wines.

More and more producers were growing Gamay because it had a higher yield, so made more and cheaper wine. They appealed to the Duke to ban Gamay and he obliged in terms that produced an enduring belief that Gamay was an inferior wine.”

This impacted Beaujolais wine because it is produced from that same “disloyal plant” – the Gamay grape. It was not until after the second World War that Beaujolais red wine grew in popularity outside of eastern France.

In the 1970s and 80s, the wine had a surge in popularity, with the start of the Beaujolais Nouveau phenomenon, and the mass production of the wine to be cheaply sent across the world.

Conner described Beaujolais Nouveau as a “big party” at that time, with celebrations from London to Japan. While it has decreased in popularity in recent years, the third Thursday of November remains an important date in the French calendar.

What about the other Beaujolais wines?

Both wine experts also pointed to the fact that Beaujolais Nouveau is not the only wine to come out of the region.

“There are a lots of different tiers of quality,” said Conner, adding that the Nouveau only accounts for about 20 percent of production. “The rest of Beaujolais wine is quite different.”

Phillips echoed these sentiments, noting an improvement in quality for other “Beaujolais Crus.”

“More recently people have discovered the 10 Beaujolais Crus (Morgon, Chénas, Brouilly, etc.) which are a real step up in quality,” he said. “There’s a sense in which Beaujolais Nouveau was a drag on the high quality wines of the region because it was associated with inexpensive, easy-drinking wines.”

And as for Beaujolais Nouveau itself, “it’s not all cheap and mass produced,” according to Conner.

If you really want to enjoy a good Beaujolais Nouveau, the sommelier recommends going “to a good caviste or a good restaurant” and drinking wine that was made by a “small producer.”

How much should you spend to get a really good bottle? Conner suggests 20 euros believing you’ll get far more value for money if you spend that amount on a Beaujolais rather than a Burgundy – which you pay a premium on because of its famous name