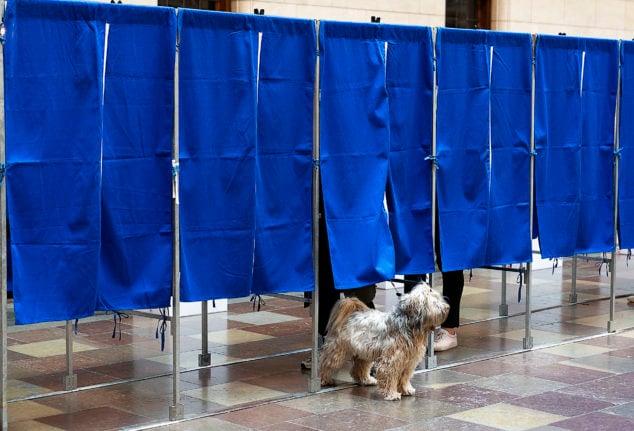 Danish politics is hard to follow even for those with a lifetime’s experience of the political system and fluency in the language. For foreigners trying to follow events, it can be extremely confusing.

But once you’re armed with a bit of background knowledge and some Danish political vocabulary, the country’s politics does get easier to understand (at least, most of the time).

With Denmark preparing for what could be a knife-edge election on Tuesday, November 1st, here’s our guide to the key phrases, terminology and names you’ll need.

The word for ‘election’ is valg, which also means ‘choice’, just to make things extra confusing for Danish learners.

These do not take place at the same time. The latter two, both local elections, were last held in 2021.

That leaves the country to fully concentrate on November 1st on voting for the next regering (government) to take its place in the folketing or parlament (parliament) at Christiansborg, the seat of the parliament in Copenhagen.

Danish citizens over the age of 18 have stemmeretten (the right to vote). But although the national election tends to get more attention, non-citizens should know that they may be able to stemme (vote) in the regional and local elections.

If you’re stemmeberettiget (eligible to vote), either as a Danish national or as a foreigner in local elections, you will receive a valgkort (voting card) in the post.

Prior to elections, you are likely to see increasing reference to meningsmålinger (opinion polls) showing which parties are ahead and which are lagging as voting day nears.

The valgkampagne (election campaign or election season) is already underway with the parties falling over themselves trying to present the most attractive valgløfter (campaign promises) or, if you want to be more cynical, valgflæsk (overly generous promises; literally ‘election pork’).

Broadcasters DR and TV2 have already shown the first partilederdebat (party leader debate), with several more presumably to come. During these debates, there’s a good chance one party leader will accuse another of saying things that are floskler (empty phrases or platitudes).

Voters are permitted to brevstemme (literally ‘vote by letter’ but meaning to vote in advance). On November 1st, valgdagen (the day of the election), valglokaler and valgsteder (polling stations) will presumably have long queues.

At polling stations, voters take the stemmeseddel (ballot paper) and sætter kryds (place a cross) next to their preferred parti (party), before placing it in the stemmeurn (ballot box).

In most valgkredser (constituencies) there will be the option to stemme personligt, which is when you tick the name of a specific candidate who you think should represent the party as folketingsmedlem (member of parliament). Voters can also just vote for the liste, meaning they give a general vote to a party.

Alternatively, people may choose to stemme blankt, which is when you do turn up at the polling station on the day, but instead of voting you put a blank slip of paper in the ballot box as a form of protest.

There are as many as 13 different Danish parties in parliament currently.

A number of members of parliament are meanwhile uden for folketingsgrupperne or løsgængere (independent).

You may have noticed that the Liberal party’s Danish name is Venstre, which is actually the word for ‘left’. Confusingly, Venstre are a højrefløjsparti (right wing party), even though their name suggests they are venstreorienteret (on the left).

READ ALSO: OPINION: Why do the names of Danish political parties have to be so confusing?

The current government is led by the Social Democrats, who are a venstrefløjsparti (left wing party) and part of the rød bloc (‘red bloc’) of allied parties on the left wing.

The traditional opponents are højrefløjen (the right wing), also referred to as blå bloc (the ‘blue bloc’) and sometimes de borgerlige (the bourgeois – which doesn’t automatically have the same strong connotations in Danish as in English).

This has the potential to change after the election. Prime Minister Mette Frederiksen has said she wants to form a bred regering (‘broad government’), meaning a centre coalition or a cross-aisle government. That would break with Denmark’s established ‘bloc politics’ system which sees the left- and right-wing parties in opposing factions.

According to meningsmålinger (opinion polls), the two blocs could be very close following the vote on November 1st. That could mean lengthy post-election forhandlinger (negotiations), especially with Frederiksen adding to the intrigue by talking up a government which spans hen over midten (‘across the centre’).

The current government is a mindretalsregering (minority government), but this might not be the case if several parties come together to form a koalitionsregering (coalition government).

The siddende statsminister (incumbent prime minister) continues after the election if they have a majority of Denmark’s 179 MPs behind them – meaning their own party along with allied parties has an overall majority.

If the incumbent loses the election, a new prime minister must be found. This is done through a process known as a dronningerunde (literally a ‘Queen’s round’). Here, the leader of each party has an audience with the Queen. After this, the Queen nominates a person to lead the new government or lead negotiations to form it.

The leader of the losing bloc can also concede the election.

Once a new prime minister and government is in place, they are formally nominated by the Queen at Amalienborg Palace in Copenhagen before emerging and facing the public on the palace square.

Can you think of any other Danish political words? Let us know and we’ll add them to the list. 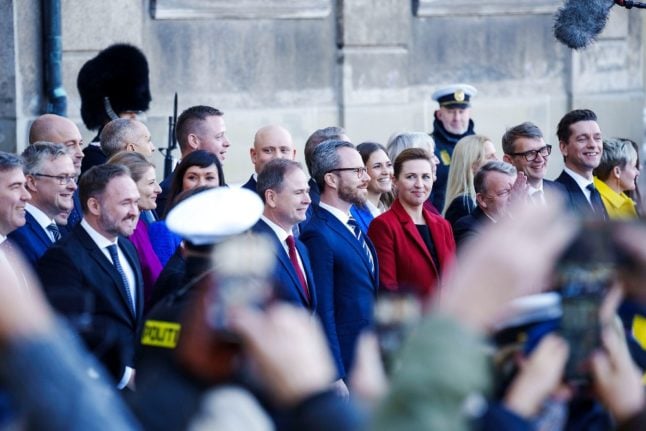 We took a closer look at the agreement between the Social Democrats, Liberal (Venstre) and Moderate parties – the three partners in the new government – to see which policies are most likely to affect foreigners who live in the country.

Skilled foreign labour is mentioned as part of a broader plan for “good conditions for growth and competitiveness for businesses and to promote foreign investment in Denmark”, in the agreement between the government parties.

The government says it will “relax access to foreign labour for as long as unemployment is low.”

This means making an existing deal to boost international recruitment permanent, and taking measures to prevent social dumping so foreign workers are given the same working conditions as Danes, it states.

“In addition to this, the government will introduce a scheme with lower pay limits [beløbsordninger, ed.] for certified companies which are encompassed by controlled wage and working conditions,” it says.

An annual quota of work permits will be released under the scheme, which will be reviewed every two years, according to the plan.

“This will, under controlled conditions, give access to additional labour,” it says.

Government policy in recent years has made Denmark less attractive for international students, but that could change under the new government.

“The government wants to establish 500-1,000 new study places on English-language vocational Master’s degree programmes, targeted at areas with high demand for labour,” it says in the agreement text.

A “dialogue with universities” will “seek to increase the number of international students within defined areas where Danish companies need highly educated labour,” it adds.

Existing asylum practice in Denmark has received stern criticism, not least for repeated reports of cases in which Syrian refugees, often young women, have had their residence in Denmark revoked because it is considered safe for them to return to the Damascus area.

Older people and children are often also impacted by the rules, but not young men who could face being forced into the military. This has resulted in families being split up in some cases.

The new government states that it will “address the problem we have recently seen where young women from Syria have lost their residence permit despite having shown they want to be part of Denmark”.

“The government will therefore give continued residence for certain foreigners who are educated in areas where there is a labour shortage,” it adds.

There is some suggestion in the agreement that immigration rules in general – and not just asylum rules – will be looked at in this context.

“We want immigration laws that are strict – but at the same time, don’t mean that unintended rules trip up ordinary families,” the government states.

Residence permit agency to get investment

As part of the plan to improve companies’ access to skilled foreign labour where there is demand (see above), the government says it wants to “ensure faster and more efficient case processing at the Danish Agency for International Recruitment and Integration (SIRI)”.

Money will be set aside for this in the budget, it states.

The incoming government could ease up on years of strict practices by easing family reunification rules.

It also wants to halve the so-called “bank guarantee” (bankgaranti), a requirement which demands couples deposit a large sum of money with municipalities while the foreign partner is granted residence.

READ ALSO: What do we know so far about Denmark’s plan to relax family reunification rules?

The former Social Democratic minority government had a long-term objective of moving part of Denmark’s refugee system offshore to a non-EU country – confirmed in 2021 as Rwanda.

The new government platform states that it will go ahead with the plan but would prefer to work in partnership with the EU or other European countries. There is little enthusiasm for the idea within the EU at the current time.

However, Prime Minister Mette Frederiksen said this week that that such a centre could “ultimately” still be the result of a bilateral agreement between Denmark and Rwanda.