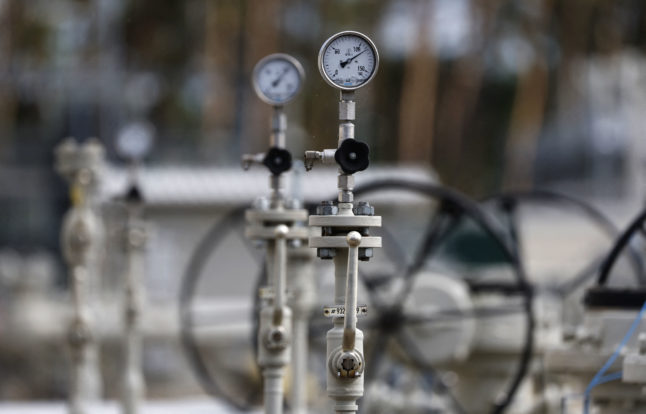 The Swedish Coast Guard confirmed Thursday there were four leaks in total on the pipeline in the Baltic Sea — two on the Swedish side and two on the Danish side. Three leaks were previously reported.

Nord Stream’s operator said it “intends to start assessing the damage to the pipeline as soon as it receives necessary official permits”.

It said access could be allowed “only after the pressure in the gas pipeline has stabilised and the gas leakage has stopped”.

“Until the completion of the damage assessment, it is not possible to predict the timeframe for restoration of the gas transmission infrastructure”, the operator said.

NATO declared the damage was “the result of deliberate, reckless and irresponsible acts of sabotage” and said it supported investigations to determine the origin of the damage.

The Western alliance warned it was “committed to prepare for, deter and defend against the coercive use of energy and other hybrid tactics”.

“Any deliberate attack against Allies’ critical infrastructure would be met with a united and determined response,” it said, adding that the leaks present risks to shipping and would cause substantial environmental damage.

Russia has denied it was behind the explosions and said a foreign state was likely responsible.

He described them as “unprecedented sabotage” in a phone call with Turkish leader Recep Tayyip Erdogan on Thursday, according to a Kremlin readout.

Russia’s security service has also launched an “international terrorism” investigation into the gas leaks, saying it had caused “significant economic damage to the Russian Federation”.

Russia said Wednesday that Washington should answer if it was behind the leaks — an assertion rejected by the United States as “ridiculous”.

The UN Security Council will meet Friday to discuss the matter.

Finland, which borders Russia, moved to reinforce security around its critical infrastructure, with particular focus on the electricity network.

Operated by a consortium majority-owned by Russian gas giant Gazprom, Nord Stream 1 and 2 run from Russia to Germany.

While the pipelines are not currently in operation, they both still contained gas.

The vast leaks have caused underwater gas plumes, with significant bubbling at the surface of the sea several hundred metres wide, making it impossible to immediately inspect the structures.

Seismic institutes on Tuesday reported they had recorded “in all likelihood” explosions in the area, prior to the leaks being detected.

A Swedish Coast Guard search and rescue vessel was patrolling the area.

“The crew reports that the flow of gas visible on the surface is constant,” the agency said in a statement.

Danish authorities said the leaks will continue until the gas in the pipelines is exhausted, which is expected to occur on Sunday.

Fatih Birol, executive director of the International Energy Agency, said at a symposium in Paris that to him it was “very obvious” who was behind the leaks.

He said natural gas shortages in the wake of the war in Ukraine could make for a tough winter in Europe.

“In the absence of a major negative surprise, I think Europe, in terms of natural gas, can survive this winter with a lot of bruises in our bodies in terms of prices, economy and social issues, but we can go through that,” Birol said.

According to climate groups, Nord Stream 1 and 2 contained some 350,000 tonnes of natural gas — methane.

Greenpeace says the leaks could have the effect of almost 30 million tonnes of CO2, or more than two-thirds of the annual emissions of Denmark.

“The analyses conducted found traces of explosives on several foreign objects” found at the sites of the blasts, prosecutor Mats Ljungqvist, who is leading the preliminary investigation, said in a statement.

Ljungqvist added that technical analyses were continuing in order to “draw more reliable conclusions regarding the incident.”

Sweden’s Prosecution Authority said that the “continued investigation will show if anyone can be formally suspected of a crime.”

The four underwater explosions at the Nord Stream gas pipelines carrying natural gas from Russia to Germany under the Baltic Sea in September this year were caused by a force corresponding to hundreds of kilograms of explosives, a Danish-Swedish report has previously concluded.

“The analyses conducted found traces of explosives on several foreign objects” at the sites of the blasts, prosecutor Mats Ljungqvist, who is leading the preliminary investigation, said in a statement on Friday.

Ljungqvist added technical analyses were continuing in order to “draw more reliable conclusions regarding the incident”.

Sweden’s prosecution authority said the “continued investigation will show if anyone can be formally suspected of a crime”.

The Swedish Security Service (SÄPO) — which is conducting the investigation under the prosecutors’ leadership — confirmed the findings in a separate statement but both authorities declined to comment further.

The closely watched investigation has also been supported by Sweden’s coast guard, the Swedish armed forces and the police.

At the end of October, Nord Stream sent a Russian-flagged civilian vessel to inspect the damage in the Swedish zone.

The same week the prosecution authority announced it was conducting a second probe of the damage to complement the first done in early October.

In early November, the operator said roughly 250 metres (820 feet) of the Nord Stream 1 pipeline had been destroyed and that craters with a depth of three to five metres had been found on the seabed.

Moscow has accused Western countries of being behind the explosions of the pipelines, but has not provided any firm proof.

In early November, the Kremlin accused Britain of “directing and coordinating” the explosions.

The accusation was rejected as “distractions which are part of the Russian playbook” by a spokesman for British Prime Minister Rishi Sunak. Ukraine and some Western countries have meanwhile pointed the finger at Russia.

In mid-October, Russia said it was ready to resume deliveries of gas through the parts of the pipeline not affected by the leaks, with President Vladimir Putin saying “the ball was in the EU’s court”.