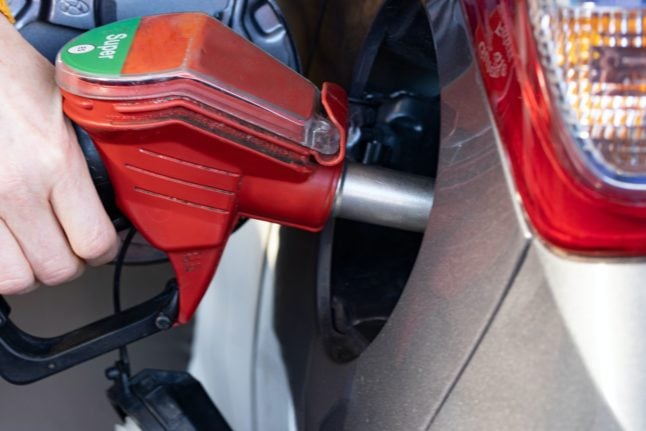 It costs less money now to fill up your car. Photo by Marek Studzinski on Unsplash

Swiss motorists might have noticed that the price of fuel at the pump has fallen slightly, from more than 2 francs per litre of unleaded 95 throughout the summer and at the beginning of September.

Currently, a litre of unleaded 95 in Swiss filling stations costs on average 1.92 francs — around 15 cents less than at the beginning of September and 39 cents less than during the historic record in June.

Will this downward trend last?

For the moment, industry experts are not making any predictions, either way.

That’s because the price at the pump depends not only on the price of crude oil, but also on other factors, according to TCS.

They include — aside from geopolitical evolution in eastern Europe — transport costs, production rate, and the rate of the dollar.

Is it still cheaper to fuel up your car in neighbouring countries?

When the price of petrol exceeded 2 francs per litre in Switzerland, it made sense to buy gasoline across the border, especially when the franc gained strength against the euro in August.

It may still be worthwhile, depending on the country.

In Germany, for instance, a litre of unleaded 95 costs on average 1.992, which is equivalent to the new price in Switzerland, according to TCS.

This TCS chart indicates per-litre prices in all European countries, which may help you decide were to buy petrol.

As for the cost of other energy sources, it is not expected to decrease any time  soon: on the contrary, forecasts call for higher prices. 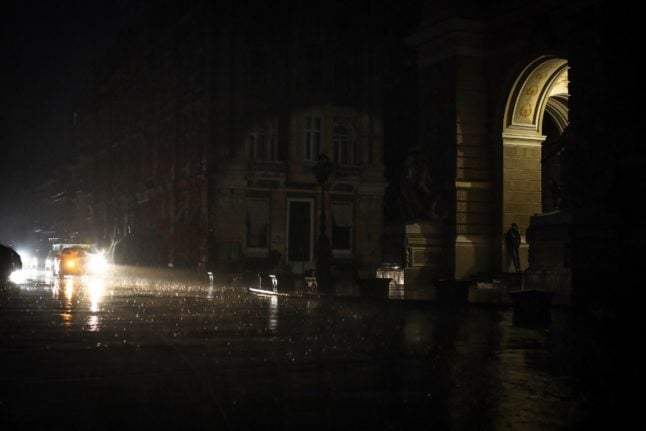 Officials have been hinting that the much-feared shortage of gas, which is used to generate electricity, is not a realistic scenario for Switzerland.

“For this winter, the good news is that the risk of a gas shortage remains relatively low,” Economy Minister Guy Parmelin said earlier in November.

While Switzerland relies heavily on foreign sources, Parmelin pointed out that “in the countries around us, stocks are between 95 and 100 percent full. The Swiss gas industry has also done its job by reserving its 15 percent [of gas] abroad.”

However, the government is preparing for the “worst-case” scenario, such as a serious energy shortage that would impact private households and essential industries alike. On Wednesday, it announced its plan, which the cantons have to respond to by December 12th.

“If a shortage should nevertheless occur, the Federal Council will regulate the electricity supply by means of time-limited measures in order to preserve the stability of the network and to secure the supply. Each level of measures aims to avoid more serious consequences, which would require more drastic measures,” authorities said.

What steps will the government take?

“In the event of a serious electricity shortage, the measures would be adapted to the severity of the shortage and the concrete situation, before the ordinances come into force,” the Federal Council noted.

In case of an imminent shortage, authorities “would first issue urgent calls to reduce consumption to all electricity consumers,” the government said, adding that “at the same time, the Federal Council could decree initial restrictions and bans on use”.

The Federal Council could decree initial restrictions and bans on use.

“These would be tightened in stages, from the drop in the level of comfort (bans on lighting objects, for example) to more restrictive measures (closure of establishments),” authorities said.

The government’s goal is to implement measures that target the concrete cases, depending on the supply situation, weather conditions, and the consequences for the economy and the population.

Essential goods and services, however, would be preserved “as much as possible.”

A more restrictive measure — quotas — would be imposed on consumers with an annual consumption of at least 100 megawatt hours (MWh). The quota would affect more than 34,000 large entities, such as companies, who are responsible for almost half of the current consumption in Switzerland.

The quota would be set for a day or a month, depending on the overall situation.

“For winter 2023/2024, a solution will be developed for companies with sites on different distribution networks, so that they can be subject to the same quota throughout Switzerland.”

READ MORE : What are Switzerland’s new heating rules if there’s an energy shortage?

This last-resort solution is the regulated measure to prevent the widespread network from collapsing and causing a blackout.

However, consumer groups providing vital services, such as power and water supply facilities, emergency response and basic medical care, could be exempted from load shedding to the extent that technical conditions allow it, which would rarely be the case, the Federal Council said.

You, as an individual or a household, can play a part in cutting energy consumption as well. This is how: