The residents of Berlin, Duesseldorf, Frankfurt and Munich believe current government legislation is “demonstrably inadequate to protect people’s health”, according to the organisation, Deutsche Umwelthilfe (DUH).

Levels of particulate matter and nitrogen dioxide in Germany are up to five times higher than the safe levels recommended by the World Health Organization (WHO), according to DUH.

The complainants are calling for immediate action to bring about “a reduction in dangerous air pollutants from, among other things, traffic, wood burning and agriculture”, said Juergen Resch, national director of DUH.

“Politicians are doing too little to protect people like me who live on a busy road,” said complainant Volker Becker-Battaglia, from Munich.

This time last year, a new coalition government was elected in Germany on a promise to make environmental concerns one of its top priorities.

The Greens entered power for the first time in more than two decades, promising that Germany would end coal power and generate 80 percent of electricity from renewables by 2030.

But since then, climate concerns have been overshadowed by the war in Ukraine, an acute energy crisis and record inflation.

Germany has accelerated plans to import liquefied natural gas (LNG) by sea and has even decided to reactivate mothballed coal-fired power plants.

In 2021, climate activists won a landmark victory in Germany when the constitutional court ruled that the government’s climate plans were insufficient and placed an unfair burden on future generations. 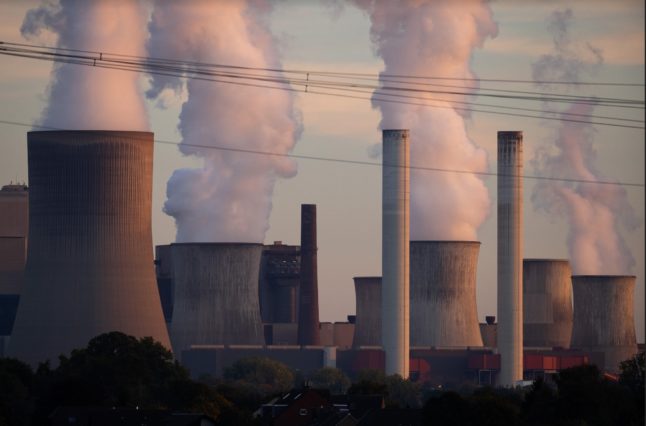 After missing emissions targets for transport and building in 2021, the government needed to “agree as quickly as possible to a package” to put it back on track, the BUND organisation said in a statement.

But officials in Berlin had failed to put forward sufficiently effective measures before the legal deadline, the group said.

“We cannot continue to stand by as parts of the federal government ignore their own climate protection goals,” BUND chief Olaf Bandt said in a statement.

“A political decision is needed now to create effective measures for climate protection,” Bandt said. “If (Chancellor) Olaf Scholz’s government is not politically able or willing to do so, it must be forced to legally,” he said.

In 2021, the transport sector overshot its CO2 emissions target by 3.1 million tonnes, according to BUND. In the building sector, the equivalent figure was 2.5 million tonnes.

Officials presented a roadmap to reduce emissions in the two sectors more quickly in July 2022.

But the government’s expert commission on climate questions criticised the proposals for failing to go far enough.

In a ground-breaking case, Germany’s constitutional court ruled in 2021 that the government’s climate plans were insufficient and placed an unfair burden on future generations. In response, the government led by then-chancellor Angela Merkel tightened the timeline of plans to slash emissions and brought forward its goal of becoming carbon neutral by five years to 2045.

Germany missed its total CO2-reduction goal in 2022 by around five million tonnes, according to the energy think tank Agora Energiewende.