Spain’s Education Minister Pilar Alegría and US ambassador to Spain Julissa Reynoso met on Wednesday to sign a memorandum of understanding which will reinforce educational cooperation between the two countries.

The agreement had been previously signed by Miguel Cardona, the United States Secretary of Education, who tweeted: “This week, alongside [Spanish] Ambassador [Santiago] Cabañas, I signed a memorandum supporting the study of Spanish language & culture in the US, and the study of English in Spain”.

It is in fact a renewal of a memorandum between the United States and Spain which has facilitated mobility of both conversation assistants and students between the two countries in recent years.

The aim of this newest memorandum of understanding is to further strengthen student and teacher exchange programmes and promote bilingual and multicultural teaching in both educational systems.

No exact details have yet been given about how many extra language assistants will be given grants to join the programme.

Several teacher recruitment sources suggest the current number of North American language assistants (including Canadians) heading to Spain every year is between 2,000 and 2,500.

The Spanish government has stated that in 2023, this figure will be around 4,500, which represents a considerable increase in the number of US and Canadian citizens who can apply through the NALCAP programme, which stands for North American Language and Culture Assistants in Spain.

According to Spain’s Foreign Ministry, the following requirements must be met by US candidates in order to participate in the programme:

NALCAP recipients receive a monthly stipend of €700 to €1,000 as well as Spanish medical insurance.

Application dates for 2023 are usually announced in late November. See more information on the NALPAC programme for US nationals here.

According to The Fulbright Program, one of several US cultural exchange programmes that organises the recruitment of US nationals for Spain: “English Teaching Assistants assist teaching staff at the early childhood, elementary, middle school, high school, vocational and/or university level for up to 16 hours per week, with an additional two hours for planning & coordination meetings. Responsibilities include assistant-teaching, in English, subjects such as social studies, science and technology, art, physical education, and English language.”

READ MORE: The pros and cons of being an English language assistant in Spain

There are also currently more than 1,000 Spanish teachers working as visiting teachers in the United States, Spain’s Moncloa government has said, without adding yet how many more will be recruited in 2023.

Canadian applicants can find out more about working as language assistants in Spain by visiting the NALCAP Canada website. 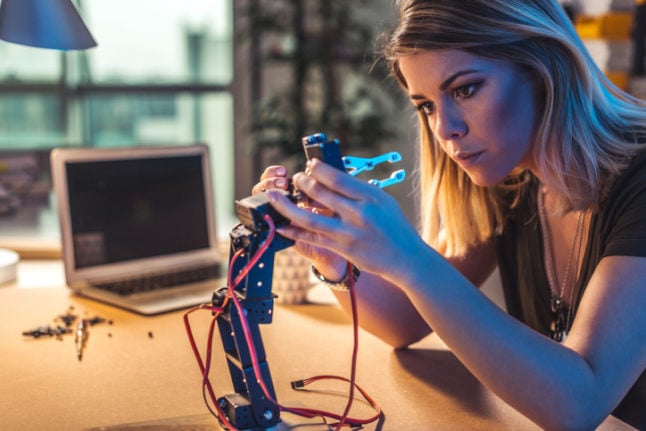 PARTNER CONTENT
Decoding the future: The college providing the skillset for next-gen jobs 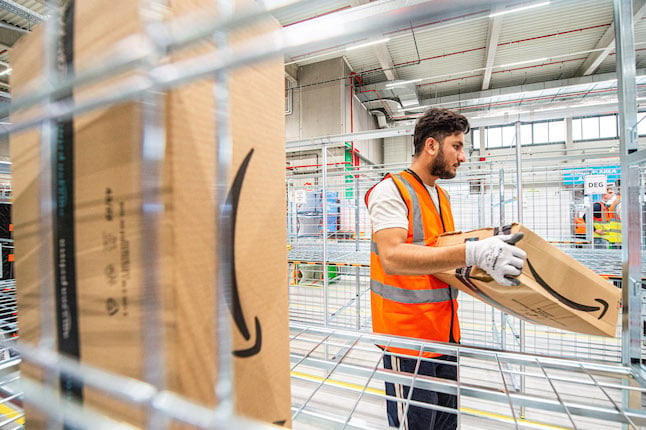 The Madrid labour court said in Thursday’s ruling that these workers were “false freelancers” who should have been tied to the US firm with work contracts.

It also ordered the online shopping giant to pay social security contributions for the 2,166 people it hired under the guise of freelancers, according to a copy of the ruling seen Friday by AFP.

The court did not say how much the measure would cost but Spanish trade union UGT, which filed the complaint against Amazon, put the price tag at “several million” euros.

The union said this is the first time a court has ruled against the company’s Amazon Flex service, which works like ride-hailing service Uber.

Drivers use an app to sign up for shifts to pick up packages at warehouses and deliver them to Amazon customers’ doors.

Amazon Flex ceased operating in Spain in 2021 just before the country passed a law requiring delivery riders to be recognised as employees instead of self-employed contractors.

UGT said it would “continue to fight so that the rights of workers who provide services on digital platforms are respected” and to avoid “situations of labour exploitation”.

Amazon had argued it only acts as an intermediary that connects retailers and distributors – a claim rejected by the court.

It said in its ruling that Amazon used an app to direct and coordinate the drivers who “lacked their own autonomous business organisation”.

Amazon said it disagreed with the court’s rationale and would appeal the ruling.

PARTNER CONTENT
What is a virtual phone number – and should you get one?
Url copied to clipboard!