Depending on what you are buying, your purchasing power ma go up or down. Photo by Emil Kalibradov on Pexels

As announced by Switzerland’s central bank on Thursday, the rate change applies from Friday, September 23rd.

“The bank’s aim is to counter the renewed rise in inflationary pressure and the spread of inflation to goods and services that have so far been less affected”, according to SNB.

The SNB has not said how long the current rate will be in place, but noted that “it cannot be ruled out that further increases in the SNB policy rate will be necessary to ensure price stability over the medium term”.

Inflation rate in Switzerland currently stands at 3.5 percent. While it is much lower than in the eurozone, where it exceeds 9.1 percent, it is still higher than its usual rate of below 1 percent.

Why has the SNB raised the interest rate for the first time since 2015?

For the same reason that other central banks have done so, including the European Central Bank and the Federal Reserve in the US: price stability

Whether this strategy will work is another matter.

The SNB rate hikes will “have a fundamentally dampening effect on inflation”, Felix Oeschger, analyst at Moneyland price comparison platform, told The Local.

“However, it is far from clear whether these alone will be enough to curb inflation”, he added.

One for the reasons for this uncertainty, Oeschger said, is that “the energy crisis and the high prices of some agricultural commodities, such as wheat, are a result of the Ukraine war. These prices are more difficult to influence with key interest rate increases”.

In its inflation forecast, the SNB predicted the inflation will drop to 2.4 percent in 2023.

But “considering that the SNB has continuously revised its inflation forecasts upward since December 2021, it is quite conceivable that inflation in Switzerland will continue to rise or at least remain high”, Oeschger pointed out.

READ MORE: EXPLAINED: The groups most affected by inflation in Switzerland

Will the Swiss consumers benefit (or not) from the higher interest rates?

It depends on what you are looking to buy.

If you are planning to buy big-ticket items that are usually purchased with credit — like homes — then you may have to dig deeper into your pockets.

But for new buyers or those with variable-rate mortagages, things may be more problematic.

“It is not excluded that mortgage interest rates will reach 3 to 4 percent next year”, from the current 2.6 to 3.1 percent, according to Donato Scognamiglio, director of real estate platform Iazi.

Tenants may not be better off than homeowners.

Many have already received notices of higher rents to compensate for increased costs of energy.

Now another charge could be added as well, though probably not immediately.

“Rents will go up, but only when the reference interest rate itself is raised”, Scognamiglio said.

The benchmark interest rate is the average of all mortgage interest rates. If the reference rate increases by 0.25%, tenants will have to pay 3 percent more rent. “I expect this to happen next year”, he said.

But it is not all bad news; higher interest rates will yield some benefits as well.

For instance, if you have certain types of investments, you may see more money coming in.

“I expect yields on fixed-income financial products such as bonds to continue to rise”,  Oeschger said.

“In the case of medium-term notes issued by Swiss banks, we have already seen significant increases since the beginning of the year”, he added.

As for savings accounts, however, “the banks have so far been very hesitant to raise interest rates, but if monetary policy tightens further, we can expect interest rates to rise slightly here as well”.

Generally speaking, what will become cheaper and more expensive for consumers?

The bad news here is that everything that has to do with energy, even indirectly, will become more expensive.

READ MORE: Pasta up by 13 percent: How food and energy prices in Switzerland are rising 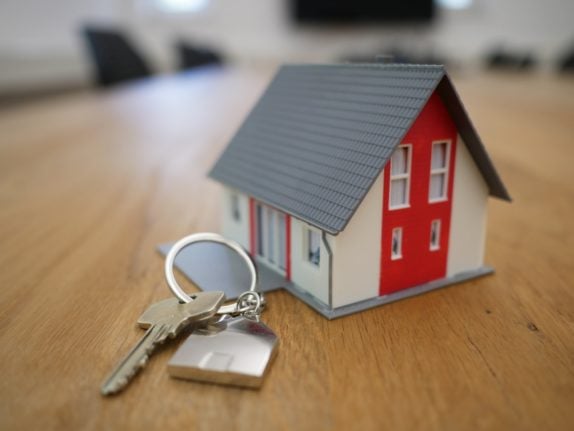 COST OF LIVING
The rules Swiss cross-border shoppers in France and Italy should know
Url copied to clipboard!