Over this weekend, Austria’s national vaccination board (NIG) released an updated recommendation on Covid-19 immunisation, changing its previous guidance for the fourth dose of the coronavirus vaccination slightly.

According to the NIG, booster vaccinations can be given to persons aged 12 years and older and are recommended for anyone who wants to protect themselves.

READ ALSO: EXPLAINED: How to get the new adapted Covid-19 vaccine in Austria

In particular, the 4th vaccination is advised for persons over 60 years of age, persons at risk of severe disease progression (including pregnant women) and persons with an increased risk of exposure (healthcare workers, people in long-term nursing or care facilities, etc.).

The recommended interval between the third and fourth doses is from six months for people between 12 and 59 years old, NIG said. For those over 60 or risk patients, that interval is from 4 months.

What has changed then?

The main difference is the recommendation for those who have had a Covid-19 infection after their third shot.

“An infection in vaccinated persons usually leads to a booster effect (hybrid immunity), which can affect the optimal timing of the next vaccination.”, NIG said.

However, the board specified that infection could only be “counted” after it was confirmed with a PCR test.

So, if you have had a PCR-confirmed infection after your second or third shot and it was an asymptomatic case, you may follow the regular vaccination scheme. However, you can also postpone your vaccination for up to six months.

If you had a symptomatic case, you may postpone your next dose for up to six months only if you are younger than 60 and not of a risk group.

READ ALSO: From inflation to Covid: What to expect from Austria’s winter season 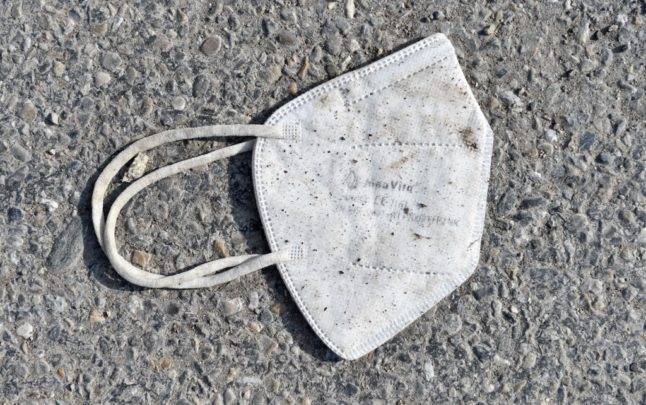 This means that people would no longer need to report Covid-19 infections, Johannes Rauch said in an interview with Austrian daily Kronen Zeitung.

The Green Party minister also said that, in his opinion, the current huge wave of infections in China no longer posed a great risk.

“We have taken the necessary precautionary measures. I don’t see any signs currently of a major threat,” he said.

However, wastewater monitoring would remain in place. Austria examines the wastewater from all flights arriving from China for Covid-19 variants.

READ ALSO: Austria to monitor wastewater of flights from China

But Rauch does not think the virus is going away. Nonetheless, he believes Austria is well prepared: “We have vaccines, we have drugs, we are monitoring the variants,” he said.

After three years of the pandemic, Austria has achieved a high level of immunisation in the population, he wrote on Twitter.

Covid-19 rules are not standardised across Austria and, outside of the capital, Covid-19 measures are no longer much in evidence.

But restrictions in stricter Vienna are set to loosen, too: the current requirement to wear a mask (Maskenpflicht) on public transport in the city will be abolished soon, Rauch said.

It was already dropped for the rest of the country last summer, although it is still compulsory to wear an FFP2 mask when visiting health and care facilities and, in Vienna, you also have to take a test before you go.

READ ALSO: Long Covid: What support is available in Austria?

Although Vienna’s state government Covid-19 policies have typically been stricter than the national government’s, Rauch told broadcaster ORF that he was confident that Vienna would slot in to the national regulations and said he planned to have discussions on the topic over the coming days.

He said he expected that all nationwide regulations would be dropped within the first six months of 2023.

The testing strategy is also set to change: only those with symptoms will be able to get free Covid-19 tests after June 30th, the minister said.

“Anyone who is ill will be tested,” he said.

Rauch also said he would draw lessons from the last few years and adapt the law on epidemics, which he told Kronen Zeitung was “not suitable for fighting a pandemic”.