Visitors hold up their beer mugs as they celebrate during the opening of the Oktoberfest beer festival in Munich on September 17, 2022. Photo: Christof STACHE/AFP

In its 200-year history, the world’s biggest folk festival has been cancelled just 26 times, mostly due to World Wars I and II but also twice due to cholera outbreaks.

The last time the festival was held in 2019, the 6.3 million guests drank more than 7.3 million litres of German beer.

Munich mayor Didier Reiter kicked off the ceremony by opening a beer keg with a hammer blow and offering the first tankard to the head of the regional government Markus Soeder.

The festival will run until October 3 with no restrictions and no face masks will be necessary.

Oktoberfest generates about 1.2 billion euros in income. Beer occupies cult status in Germany and especially in Bavaria, where Munich is located.

Germans are among Europe’s heaviest beer drinkers with an annual average consumption of 84 litres in 2021.

On Friday, the German Brewers’ Federation DBB told the government of the numerous challenges it was facing due to the war in Ukraine, including skyrocketing energy prices and disruptions in the supply chain.

“The government must react… Without speedy state intervention and aid, hundreds of enterprises in the German beverages sector will disappear and thousands will become jobless.”

That is significantly less than the around one million visitors seen in 2019, the last time the festival took place as the 2020 and 2021 editions were cancelled due to the Covid-19 pandemic. 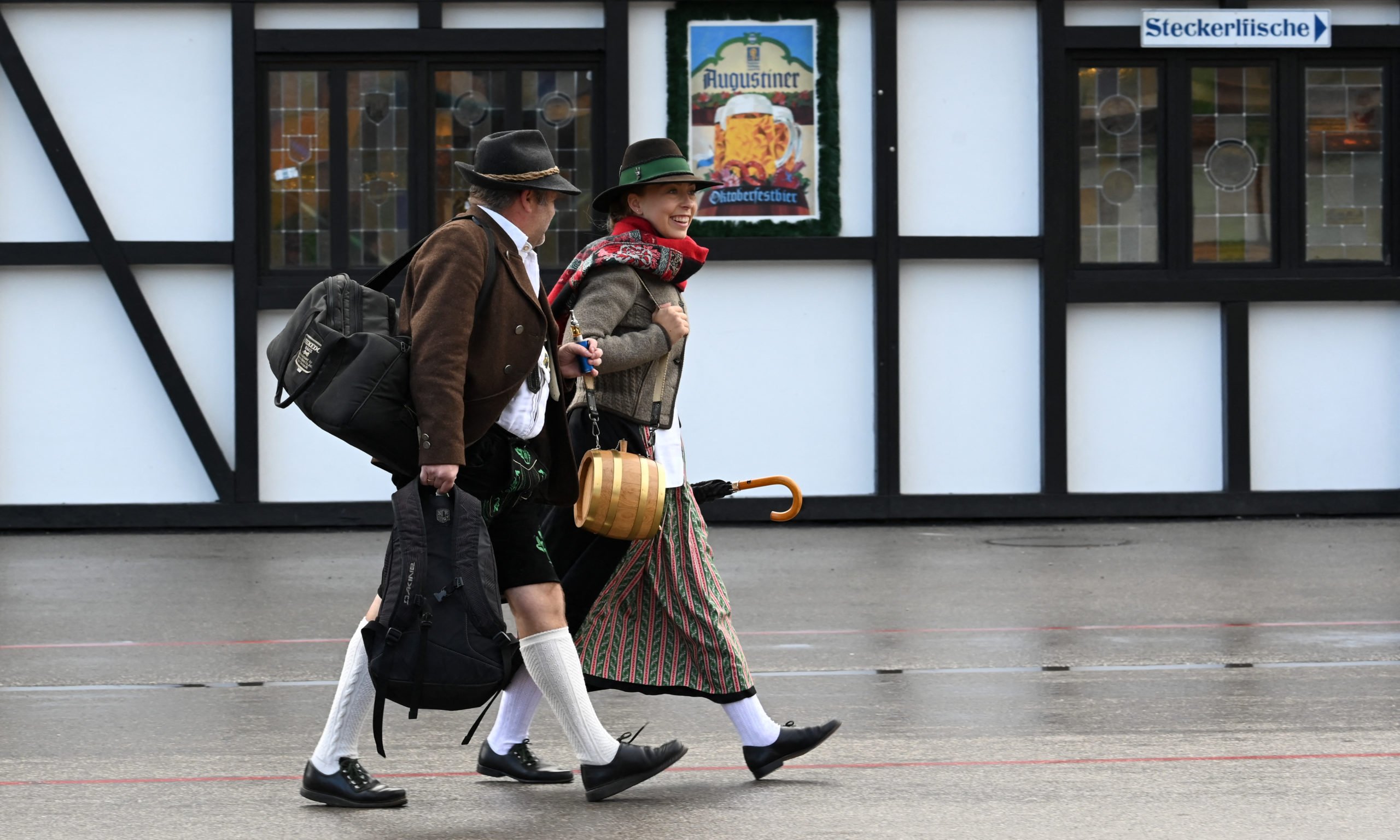 A man and a woman in traditional Lederhosen and Dirndl dresses arrive for the opening of the Oktoberfest beer festival at the Theresienwiese in Munich on September 17, 2022.  (Photo by Christof STACHE / AFP)

The festival opened on Saturday and the first guests were already queuing outside the entrances before sunrise to secure their spot at the front of a beer tent when the site was opened. The first tents closed their doors around noon. 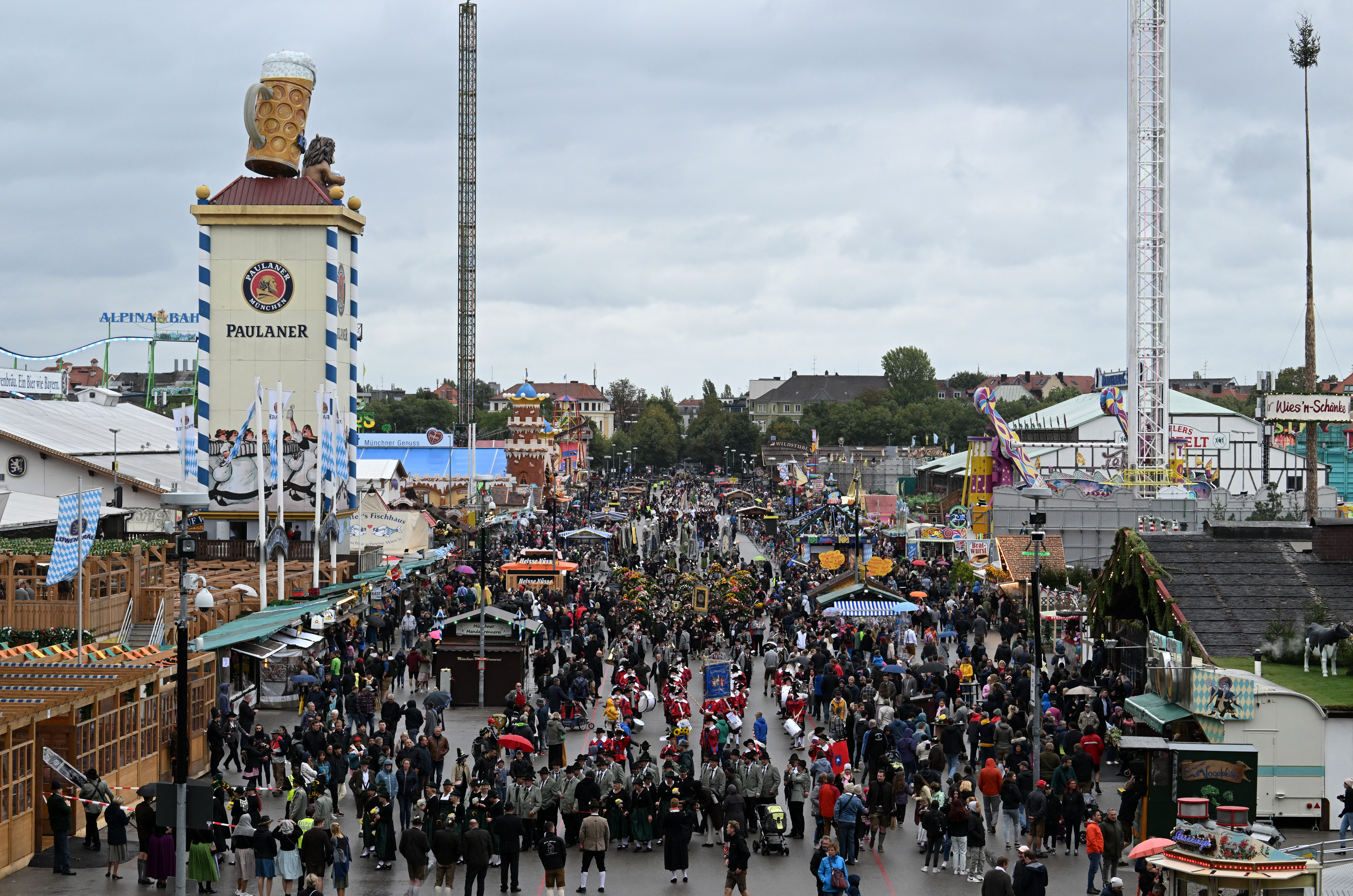 Participants of the traditional costume parade of the Oktoberfest beer festival arrive on September 18, 2022.  (Photo by Christof STACHE / AFP)

But the Schottenhamel tent (the oldest at the Oktoberfest) spokesperson, Christian Schottenhamel, said the numbers of people visiting the tents this year were similar to that seen in 2019, DPA said. 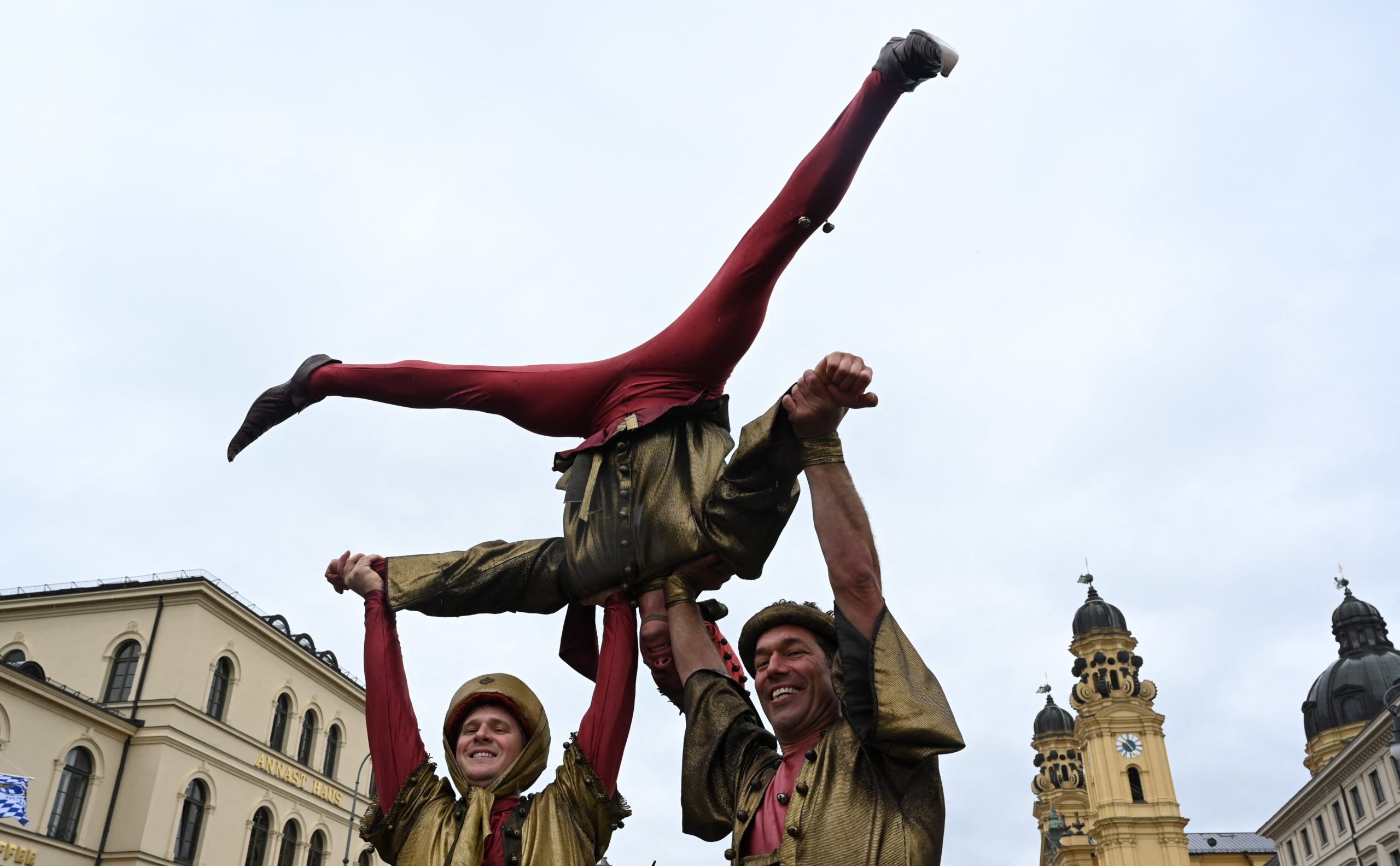 He reported that the atmosphere was euphoric, with people just happy to be celebrating Oktoberfest again. 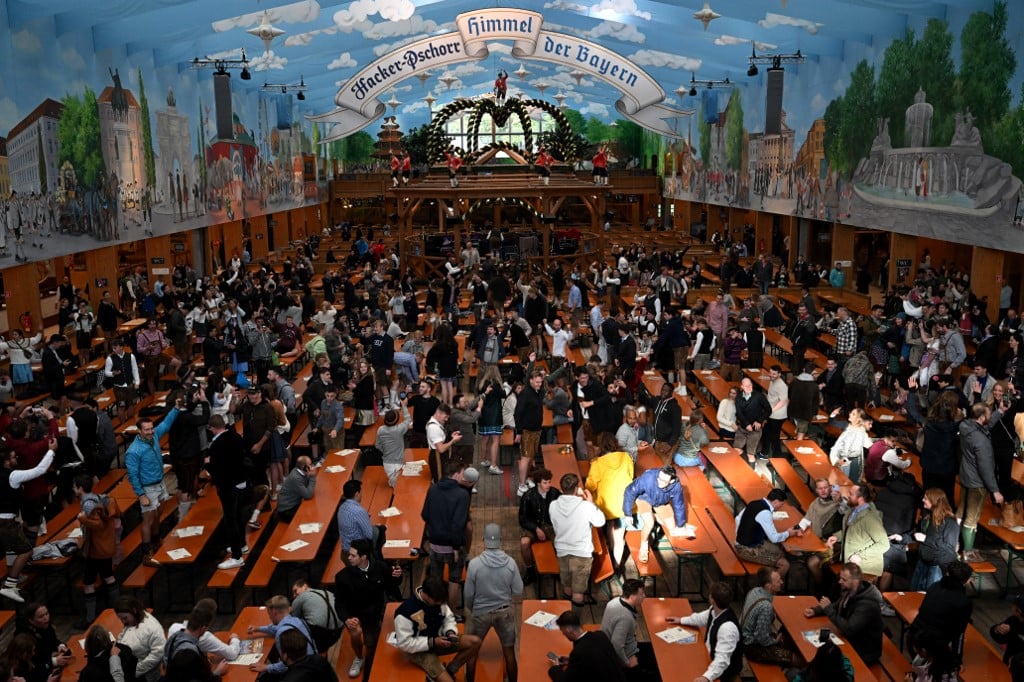 The first visitors arrive and reserve places in a beer tent during the opening of the festival on September 17, 2022. (Photo by Christof STACHE / AFP)

The festival has attracted a mixed audience so far, including families with children and visitors from abroad, such as from the United States and France.

But the spokesperson for the smaller tents, Otto Lindinger, said the audience was getting younger, noting strong demand for meat-free dishes, although the Oktoberfest chicken was said to still be a hit. 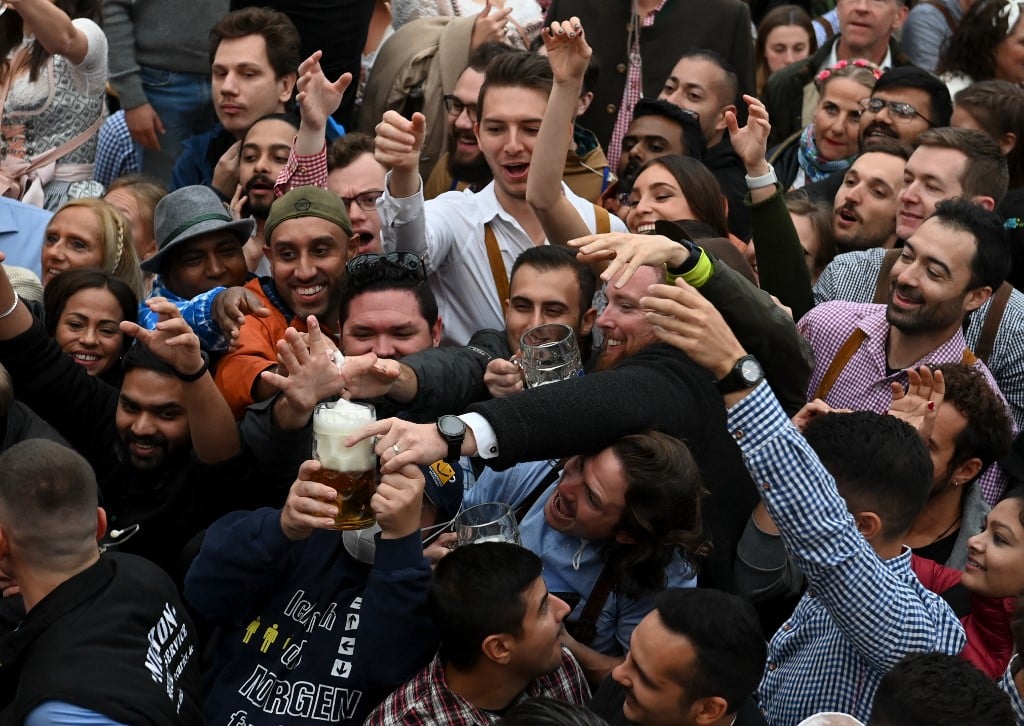 Visitors jostle for a Maß in a beer tent at the Oktoberfest on September 17, 2022. (Photo by Christof STACHE / AFP)

Over on the south side of the festival area, head of the museum tent Yvonne Heckl described the atmosphere in the traditional ‘Oide Wies’n’, or old Oktoberfest, area as “chilled and calm”.

The festival lasts until October 3rd, as German Unity Day falls on the Monday after the last Oktoberfest Sunday.