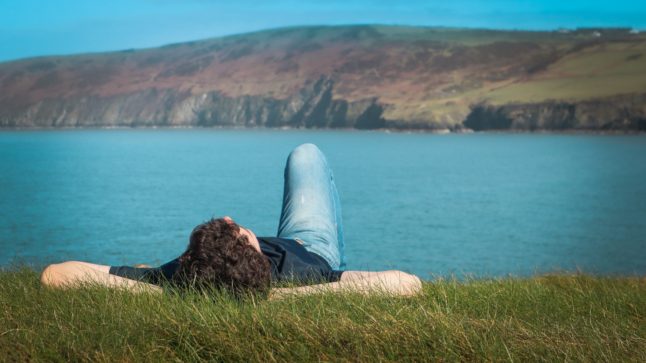 Finding your thoughts drifting to a romantic scenario with a colleague? Imagining what it would be like to win the lottery?

This German word explains this situation perfectly. Literally meaning “head cinema” it describes the mental images we have when we let our thoughts run wild.

It’s much more descriptive than the nearest English equivalent “daydream” as it expresses how vividly we can picture made-up scenarios in our minds.

This German noun is a prime candidate for direct adoption into the English language.

Meaning literally “ear worm” the word vividly describes the sometimes-unpleasant situation of having a tune stuck in your head – as if a musical worm has crawled in your ear.

When you have to explain something but don’t know how to, you can find yourself in an Erklärungsnot – clumsily translated as “explanation difficulty”.

READ ALSO: Denglisch: The English words that will make you sound like a German speaker

For example, when your child asks why Santa Claus looks so much like his uncle, or when your boss wants to know how far you are with the report you haven’t started yet.

This is not exactly a desirable state, but one that everyone experiences at some point, which is why we think it deserves a place in the English language.

Because of the gas levy, the federal government is increasingly in need of explanation.

With tough energy-saving measures on the horizon this winter – this insult is a particularly topical one at the moment.

Meaning “warm showerer” this term perfectly describes someone who is afraid to leave their comfort zone in a tongue-in-cheek way.

If ever you wanted to demonstrate the beautiful simplicity of German compound nouns, use this example.

Literally translated to “opportunity to drive with” the word can mean carpooling or simply giving someone a lift. It’s particular advantage over its English equivalents is how it can be used to ask politely if you might be able to get a lift from someone. Instead of saying “Can I get a ride”, you can say “gibt es vielleicht eine Mitfahrgelegenheit?”

You’ll charm your way to the backseat every time.

I’m looking to share a ride from Berlin to Haldern for the festival.

Most people will probably be able to guess what this adjective means just by looking at it but will have difficulty translating it into English exactly.

Unsolidarisch means not having solidarity with someone or with a cause. It was famously used by the former Chancellor Angela Merkel in neighbouring Germany when she addressed the nation at the beginning of the pandemic in 2020, calling panic buying vollkommen unsolidarisch (completely lacking solidarity).

There’s no direct equivalent of this adjective in English and the sentiment instead requires a few extra words to really get its meaning across, whereas in German you only need one.

This word, which literally means “carrier of hope” is most commonly translated into English as “beacon of hope” or “hopeful”.  But neither of these quite equal the image of someone being the carrier of hope that the German word evokes.

Today, wind power has become the greatest beacon of hope for the conversion to sustainable energy generation.

For that time of the year when it’s not quite hot and not quite cold outside, you need a jacket that can fit both temperatures – and a word to describe it. 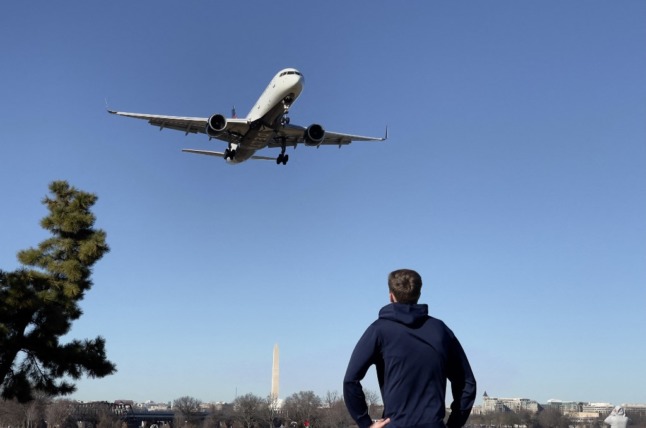 While homesickness (Heimweh in German) is a concept we’re all familiar with, in German, Fernweh describes the exact opposite.

Literally translated it means “distance-pain,” and, more figuratively: “A longing for distant places”.

Last but by no means least is one of the most quintessentially Austrian words. Verabredet sein means to have an agreed appointment with someone and is used widely in German for informal meetings with friends and for formal appointments.

It’s an extremely useful word as it concisely conveys the fact that there is a meeting with a strong sense of commitment: Ich bin mit Sonia verabredet suggests a more solid arrangement than how it might be translated into English (“I’m meeting Sonia”) and with it, a suggestion that the appointment can’t easily be cancelled without a good explanation.

Examples:
Wir waren doch verabredet!
But we had an appointment!

You’ve just set foot on Austrian soil and are ready to begin your new life in Österreich. While you may have left home feeling excited and full of enthusiasm for learning the German language, you now find yourself in a world of alarmingly long and confusing words containing strange symbols which are impossible to pronounce – and that’s before realising that there are regional dialects to make things harder.

You’re confronted with long words like Ausländerbehörde, Aufenthaltsbescheinigung, and Wohnungsanmeldung and the prospect of having to get to grips with a language whose average word contains 14 letters slowly dawns on you. It’s terrifying.

Tip: Don’t panic. At first, learning German can seem like a daunting prospect, but as you start to take your first baby steps into the language, you’ll soon realise it’s not as bad as you think. And those long words are just lots of smaller words squashed together.

READ ALSO: ‘Brutal’: What it’s really like to learn German in Austria

You’ve got over the initial shock of realising the true scale of the linguistic mountain you’ll have to climb to learn German – and you resolve to conquer it.

You enrol in a language course and arm yourself with grammar books and language learning apps, and you start making progress very quickly. You realise that a lot of German words have the same roots as their English cousins and that words and phrases are sticking in your head more quickly than you expected. The flames of optimism begin to grow.

Tip: Keep up that spirit and persist with the grammar books and vocab learning, ideally on a daily basis and start speaking the language as much as you can – even if it’s just reading aloud to yourself.

Spurred on by your new ability to introduce yourself, talk about the weather and tell people about your pets, you launch an all-out assault on the German language.

READ ALSO: How to remember the gender of German words

You’ve got post-it notes filled with vocab stuck all over your flat, you’ve got three tandem partners and ORF is blasting 24/7 from your Laptop.

You are now officially obsessed with the German language.

Tip: Don’t be too hard on yourself once this phase of unbridled enthusiasm burns out. Though it’s great to have a period of immersion in the long-run, regular learning – even for shorter periods – is the key to progress.

You’ve now got a solid base of internal vocab and you’ve got to grips with the most important grammar rules. You can use the dative and genitive cases with increasing ease and you’re using modal verbs on a regular basis.

You now feel ready to road-test your new language skills in the big wide world. You don’t ask Sprechen Sie englisch? (do you speak English?) any more and instead try to communicate only in German.

Just as you were starting to gain confidence in the language, you hit a brick wall. You spent an evening in the company of German speakers, or you attended a meeting at work where you found yourself fumbling for vocabulary and stumbling over grammar.

You can’t, for the life of you, remember whether it’s der, die or das Licht even though you’ve looked it up at least a hundred times.

What’s the point, you ask yourself. You want to give up and just switch to speaking English permanently, as everyone you meet seems to speak perfect English anyway.

Tip: Everyone feels like this at some point when learning a new language and it’s likely to happen more than once on your language-learning journey. Keep going and don’t compare your German language skills with the English skills of German natives. Remember that most Austrians have grown up listening to songs and watching films in English, so it will take you a bit longer to get to grips with German in the same way.

You’re not quite sure what’s happened, but something seems to have clicked. You’re suddenly using the right past participles 90 percent of the time and you’re using reflexive verbs with ease. People are rarely switching to English when speaking to you and you’re understanding almost everything you see and hear.

Tip: Remember this feeling when you are revisited by frustration in the future.

You still make mistakes, you don’t know all of the words in the German dictionary, and you still mix up der, die and das – but it’s ok. You’ve come a long way and you accept that your German will probably never be perfect and that the learning process will be a lifelong pursuit.

Tip: The more you use the language, the more you’ll improve. Keep reading, speaking and listening and, one day, it won’t even feel like an effort anymore.