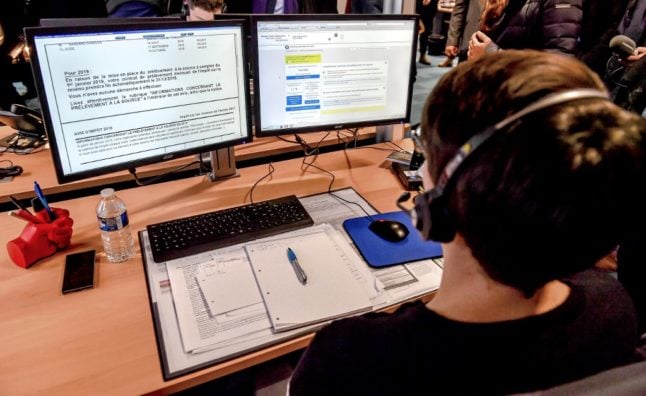 Whether it’s a pension paid by a home country or rental income and earnings in more than one country, it’s common for people to have assets in both France and their original country.

The first thing to mention is the key point that ‘tax residency’ and residency for immigration purposes are not the same thing.

Tax residency can be an automatic status based on simply being in a country for a certain period of time.

Residency for immigration purposes is different and is not automatically granted – if you are not an EU citizen (ie you’re British, American, Canadian etc) then you will need either a visa or a carte de séjour residency card in order to be legally resident in France.

If you have an EU passport you don’t need a visa or residency card, your EU passport is proof that you have the right to residency in France, although there are other obligations to fulfil.

The situation for second-home owners is different – you are not counted as a French resident if you simply visit regularly (below the threshold for tax residency, see below). As a second-home owner you will be required to pay property taxes, but this does not give you residency rights, nor does it necessarily mean that you are a tax resident.

The other thing that frequently catches out foreigners is the annual French tax declaration.

If you are resident in France in immigration terms – ie you have a residency visa or carte de séjour or are an EU citizen whose main home is France – then you must complete the annual déclaration des revenus (tax declaration).

This is the case even if all your assets come from outside France (eg a pension paid in your home country) and is also the case for almost all salaried employees who have their taxes deducted at source.

You must tell the French tax man about all your assets – both in France and abroad – however you may not have to pay tax on them in France.

You may also have to complete a tax declaration in France if you do not live here but do have income here. Non-residents use a different declaration form to that completed by residents – full details here.

So where are you tax resident?

The French government considers you a tax resident if you either;

Living in France – the government’s definition of living in France is that France is your ‘main place of residence’ and it defines this as ‘you stay there more than six months of the year’ – so second-home owners should bear this in mind when planning how long to stay in France.

It’s also important to note that the six-month visitor visa temporaire is for visitors, but if you get the year-long visitor visa, the French government considers you a resident – more on that here.

If you are a couple and one of you is tax resident in France and the other tax resident in another country, you may still to declare your partner’s French income and income of any dependants in France – full details on couples with mixed residency here.

Working in France – if you live outside France but work here, you will only be considered a tax resident if the work you do in France is your ‘main activity’. Main activity is defined as either the work activity you devote the most time to, or the one that provides the majority of your income.

So if you live outside France and either come here to work for a few weeks out of the year, or take on odd pieces of work on a remote basis, then you are a not a French tax resident. If, however, you live outside France but the majority of your work is done in France – for example you work online for a company in France  – then you are a tax resident.

This probably won’t apply to many people, but if you happen to be the director of a company whose head office is in France and which has an annual turnover of more than €250 million, then you are a French tax resident.

Centre of economic activity in France – this is the category that has the most vague definition, although people who are covered by this will probably have their own financial advisers.

It concerns people who don’t live or work in France, but have their ‘main investments’ in France or the business from which they administer their main investments is based in France.

It’s not uncommon for foreigners in France to have to complete two declarations every year – one for France and one for their home country.

The IRS is notoriously reluctant to let US citizens out of its clutches, so most Americans in France still have to complete an annual return for the IRS, even if they have no income in the USA.

Most countries have dual taxation agreements with France, so although you will end up declaring the same income twice – once to the French tax man and one to your home country’s tax authorities – you will only pay tax on it once.

The general rule for frontaliers is that you pay tax in the country you live in, not the country you work in, but there are some exceptions, so you should seek advice to ensure that you are compliant with rules specific to cross-border workers.

This article is intended as general advice only, if you are in doubt about your French tax status you should consult an expert – how to find professional tax help in France. You can also find more information on the French tax system in our tax section HERE.

During a reading of the draft budget, the National Assembly adopted a €230 million aid package for households that use logs or wood pellets for heating.

The aid package – which had support across the Assembly, and the backing of the government – is modelled on an already existing policy to help the owners of properties that use oil-fired heating systems.

From December 22nd, households heating with wood will be able to apply for a “wood energy voucher” on the cheque energie website. Aid is means-tested, but those eligible will be able to claim between €50 to €200 to help with the cost of heating their homes.

The amendment was passed with 218 votes in favour and just one against.

According to the Agence de la transition écologique (Ademe), wood is the main source of heating for more than three million people in France.

The price of wood-pellets used in household burners has doubled since the beginning of 2021, leaving many households struggling with the cost of fuel.

Minister of Public Accounts Gabriel Attal also told MPs that the government was working on ways to reduce ‘profiteering’ from the rising cost of firewood, and said that officials would “not hesitate to crack down” on any cases of fraud.

READ ALSO What are the rules on fires and log-burners in France?