People stand in front of Berlin's Office for Immigration in May 2022. Photo: picture alliance/dpa | Britta Pedersen

If researchers are right, Germany’s population in 2030 will be 86 million, an increase of about five million over 2011 numbers. Although the country’s low birth rate has risen slightly in recent years, immigration and newcomers make up for most of that bump.

Around 329,000 people moved to Germany last year. That’s similar to the numbers seen before the pandemic. In the last few months of 2021, refugees from Syria and Afghanistan made up a considerable part of the total, according to researchers.

Deutsche Bank projects that number will be much higher this year, and are already predicting that 1.3 million Ukrainians will have come to Germany over the course of 2022 as Russia wages war on their homeland.

Analysts also reckon that a smaller, but still significant number of Ukrainians—about 260,000—will come to Germany in 2023.

That brings up two big questions: firstly, how long the war will last and secondly, whether Ukrainians who fled to Germany will end up staying long-term.

The Deutschland Monitor, as the report is called, also highlighted a few other notable findings.

Arrivals from Syria, Romania, and Afghanistan made up the top three in 2021.

Researchers say that, in general, the report is a positive news story—with economic boosts expected that could help to address Germany’s skilled labour shortage.

However, the report cautions of the risk that an increasing population will put further pressure on the housing market.

For non-EU citizens living in Germany, permanent residence is often the go-to status when they decide to build a life here. For years, there have been strict rules that make it difficult to obtain dual nationality, so those who aren’t keen on losing their old citizenship can secure their rights by becoming permanent residents instead.

On the Make it in Germany website – set up by the Federal Office for Migration and Refugees (BAMF) – information in English states that most applicants simply need to fulfil a short list of requirements. They need to prove they know German, are well integrated, have a secure livelihood, and have held another residence permit for at least five years.

But how are these rules applied in practice, and how long does it take to switch from a temporary visa to permanent residence?

When The Local spoke to readers about their applications, we found hugely varied experiences for people on different types of visa and in different parts of the country.

“The requirements for permanent residency are clearly defined in the law,” said 27-year-old Manpreet J., who’s originally from India. “What is not defined is how to prove that they are met. This is where the problem begins.”

According to Manpreet, there are even different definitions of a secure livelihood in different regions. In Aachen, for example, a temporary work contract wouldn’t be enough to fulfil this requirement, while just 30km away in Heinsberg, it would.

‘Bring everything you can think of’

“We applied twice,” She told The Local. “The first time they only renewed our visa – no explanation as to why. We reapplied when it expired and were granted it. Seems like it’s a crapshoot and just depends on the whim of the person processing your application.”

For Jonathan in Nuremberg, the whole process was marked by a “lack of transparency” – starting with the fact that there was no available information, in English or German, about what documents would be needed during the process. 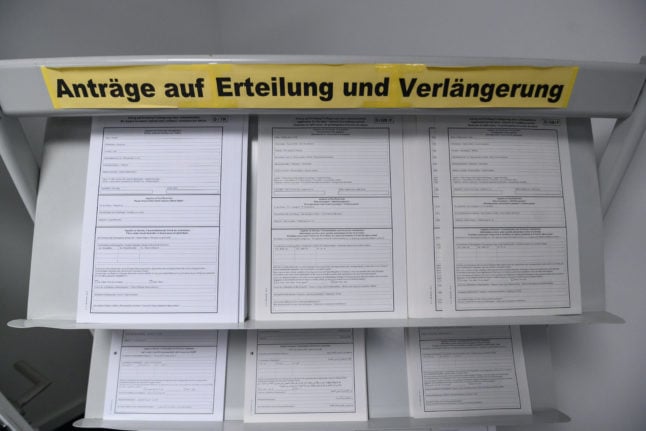 Six weeks after sending in his application for permanent residency, his local Foreigner’s Office emailed him to inform him that he would need 10 additional documents – including a German language test and integration test that he didn’t know he’d have to take.

With his residence permit due to expire in a matter of weeks, he was left with no time at all to find hard copies of all the other documents, let alone manage the 14-week turnaround for booking and receiving results for the tests.

“The frustration is that I could have taken these tests anytime in the past year, if I had known that I needed them,” he said.

Düsseldorf resident Dmitry, 33, also received incomplete information about the documents he needed to provide – both on the website of his local Foreigner’s Office and in an email he was sent.

“As far as I recall, no list mentioned bringing the work contract, and the contract for the flat was also required. Finally, I had to provide them translations of my degrees, despite already having provided them for my Blue Card,” he said. “In the end, it’s worth bringing everything a person can think of.”

READ ALSO: Reader question: Is my British residency title the same as permanent residency in Germany?

For the vast majority of respondents, the sheer amount of paperwork involved in the application was the hardest thing about securing permanent residency.

Others said they had found it tricky to brush up their German skills to meet the B1 language requirement.

However, a number of people said they been pleasantly surprised by how relaxed their case workers had been and how simple the process was.

This was the case for 32 year-old Angela, who moved to Berlin from Colombia.

“I prepared a lot of documents, but in the end all they checked was my salary and that I had contributed to the pension fund and Krankenkasse (health insurance),” she told us. “I don’t know why it was so easy for me – my intuition tells me higher income people have it easier.” 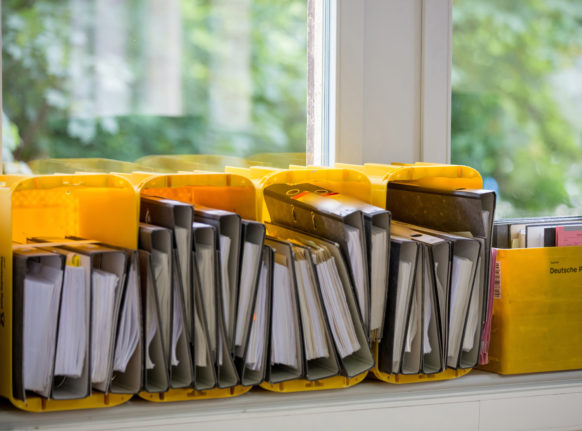 For 39 year-old Shila, who lives in Mainz, the experience of applying for permanent residency was similarly hassle-free. After emailing the Landesamt and her local case worker, she was given an appointment and a list of documents to bring with her.

Despite the fact that she wasn’t able to supply a language certificate, the application was a success – and her case worker even offered to talk to her in English.

“It was in 2021 in the middle of lockdown, but it was a very positive surprise to me after hearing all the bad experiences on Facebook groups,” Shila said.

The huge variation in experiences even extended to the amount of time it took for permanent residence to be granted.

While some lucky applicants managed to complete the whole thing within a month, others have waited as long as a year and a half – and in some cases are still waiting for an outcome.

Easier with a Blue Card

Among those respondents who had an easier time, many told us they had originally come to Germany on a Blue Card – a special EU visa for skilled workers on high incomes.

Blue Card holders with basic German language skills are able to receive permanent residency after living in the country for just 33 months. Meanwhile, those with slightly more advanced skills (B1) can secure their permanent status after just 21 months.

Berlin resident Steven, 50, told us he was pleasantly surprised to find out that he’d only need an A1 language certificate, thanks to the fact that he’d been living in Germany on a Blue Card.

Others took advantage of the fast-tracked option and secured their B1 certificate in order to get a permanent residence permit after less than two years.

Adi Singh, 33, said getting a hold of permanent residence in Munich had been an incredibly smooth process – largely because he’d applied through his employer.

With his B1 language skills, Adi was able to apply after just 21 months, and he received his card within just six months.

“I had one in-person appointment at the KVR close to the approval stage, but that was quick and short,” he said. “But they make it a point to speak to you in German, likely to establish that B1 level.”

Compared to the experience of applying for his Blue Card himself, Adi said applying via his employer had helped him avoid bureaucratic issues.

“I was fortunate to do it through my firm, and I would recommend that if your company does not apply for it for you, it is a good idea to hire an immigration firm that will do the process,” he advised. “It’s worth the time and energy saved.”