The City of Vienna is looking for ways to deal with illegal races across its street, especially in its 19th-Döbling district, where accidents happen too often, daily Der Standard reported.

Some measures have already been taken, including adding concrete guard walls in parking lots where racers meet and adding a 30km/h speed zone.

Now, Viennese authorities want changes in laws at a federal level, specifically a way to legally confiscate cars in cases of serious infractions or multiple offences.

READ ALSO: What happens if you get arrested in Austria?

Austrian households paid 45 percent more for energy in June than in the same month the year before, Die Presse says. The prices of fuels, heating oil and gas have risen sharply. Wood pellets and firewood are also more expensive.

When it comes to electricity and gas, many providers are also increasing prices.

In addition to the gas crisis, other factors also affected the price of electricity: drought in large parts of Europe reduces production in river power plants. Besides that, many nuclear power plants are not in operation due to technical defects; others have to be throttled because the rivers used for cooling lead were either too warm or had too little water.

“The high prices are a signal for diversification towards more wind power, photovoltaics, and geothermal energy and at the same time, more energy efficiency and energy saving”, Austria’s Energy Agency said.

Austria wants to reopen its embassy in Baghdad

Austria is looking to reopen its embassy in Iraq by September 1st, daily Kurier reported. The Austrian ambassador left Baghdad in January 1991, with other Western diplomats, due to security reasons.

According to the Kurier, the embassy in Baghdad is now to be “housed in a protected, international area as a first step”, with security forces hired locally. The authorities believe permanent representation in the country will be a “decisive advantage” for Austrian companies and organisations.

Additionally, a specific officer in the embassy should inform Vienna of “current developments and the prevailing situation in Iraq” and, in particular, any news on the topic of migration.

READ ALSO: MAP: Who are the foreigners in Austria?

Traffic and troubles for the extended weekend ahead

Austria’s ÖAMTC expects heavy travel on the country’s transit routes ahead of the long weekend and warned motorists to expect traffic jams and queues by the borders.

The transport club said many travellers continue to drive south while some are already driving in the opposite direction returning from vacation. The extended weekend due to the Monday holiday (Mariä Himmelfahrt) also favours day trips and short breaks, especially with the nice weather forecast.

The worst traffic should be divided into Sunday and Monday, ÖAMTC warns.

Heat and thunderstorms this Friday in Austria

Though the day starts sunny in most of Austria, the afternoon should bring showers and thunderstorms, especially above the mountains. In the east, it should be more stable and sunny, Austria’s meteorologic agency ZAMG said. Afternoon temperatures will be between 22C and 27C.

During the evening hours, the rain will subside and dry weather generally prevails. Low temperatures will be between 8C and 17C.

“In Vienna, sunny weather prevails, even if clouds seem denser. Short rains cannot be ruled out”, ZAMG says. Afternoon temperatures will be around 27C. The night will be around 16C. 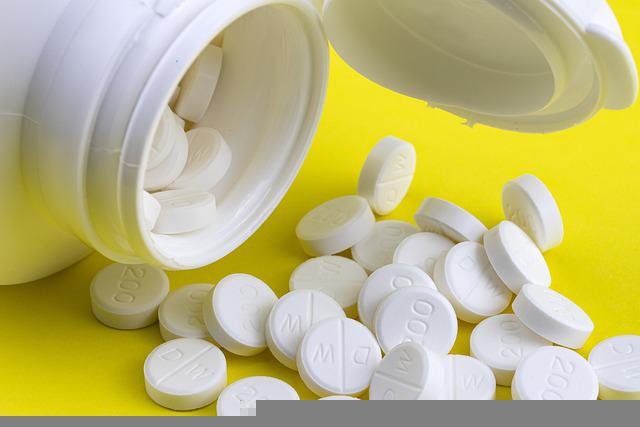 Rent prices in Austria have risen at the fastest rate since quarterly figures were introduced in 2004, according to the latest data from Statistics Austria, as The Local reported on Wednesday.

In the third quarter of 2022, the average price for rent (including operating costs) rose to €8.8 per square metre per month. This was 3.1 percent higher than in the second quarter and seven percent higher when compared with the same period in 2021.

But the highest rent increase was in municipal housing, where costs rose by 3.8 percent to hit €7.5 per square metre.

Meanwhile, the ÖAMTC has revealed that the fuel price in Austria decreased in November (compared with prices in October).

READ ALSO: EXPLAINED: What will happen to Austria’s property market in 2023?

In Austria, prevention and self-recovery play a big part in the healthcare system. Here are some alternative treatments that might not be prescribed elsewhere.

Austria is expected to oppose the entry of Bulgaria and Romania into Europe’s control-free travel zone, the Schengen area, several media reported. Applicant countries need the approval of all 26 member countries, which Croatia should get on Thursday.

The Schengen zone allows for control-free travel, abolishing border checks between its territories, but member states such as Austria have criticised it as illegal immigration rises.

Chancellor Karl Nehammer (ÖVP) had said earlier this week that Austria would oppose the entry of Romania and Bulgaria into Schengen.

“We need more time. At the moment, we have 75,000 unregistered illegal migrants in Austria – meaning they have crossed an external EU border and made it to Austria. This needs to be solved first,” he said.

READ ALSO: What is Vienna’s MA 35 doing to offer better service for immigrants in Austria?

In future, private prescriptions will be issued electronically with the e-prescription system, the newspaper Die Presse reported.

This was decided by the Health Committee of the National Council on Wednesday evening with the votes of the ÖVP, the Greens, the SPÖ and the Neos.

The extension of the e-prescription affects all privately paid medicines, such as contraceptives. Doctors will then be able to prescribe all drugs electronically in one treatment procedure – regardless of whether the health insurance fund pays for them.

Then, patients can collect their medicines from pharmacies using the e-Card without presenting a paper prescription.

READ ALSO: Everything foreigners need to know about the Austrian healthcare system

Schladming and some other areas have been operating since last week in Steiermark. Numerous other ski areas had planned to start the new season on Thursday – but this is only possible in some places, broadcaster ORF reported.

Many smaller areas still have to wait: Wenigzell in Joglland, for example, postponed the start of the season to 17th or 18th December – the snow cover is currently around ten centimetres thick.

Also in Mönichwald, there is hardly any snow at the moment. Therefore the start will be postponed by one week there as well, said manager Andreas Schwengerer: “Due to the weather forecast with snowfall and temperatures around minus ten degrees, we are sure that we can finally start the season around December 17th.”

READ ALSO: Where are the best places to go skiing in Austria? 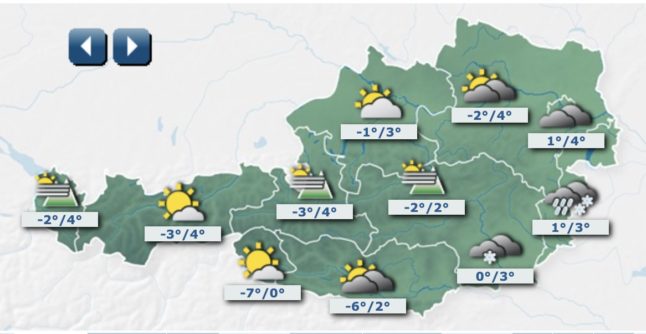 From Lower Carinthia over Styria to eastern Lower Austria, mostly clouds and initially a little rain or snowfall is to be expected, Austria’s meteorologic institute ZAMG said.

In the afternoon, however, the precipitation will largely subside in these regions. It will be mostly sunny weather everywhere else in Austria. However, over the foothills of the Alps, there will be some persistent fog.

The snow line will be from 400 to 700m above sea level and the wind will be mostly light. Afternoon temperatures are 1C to 6C.