A woman blows her nose due to pollen allergies in Godewaersvelde, northern France in May 2013 (Photo by Philippe HUGUEN / AFP)

Ragweed pollen (ambroisie) is expected to spread earlier this year across many parts of France, particularly in the Auvergne-Rhône-Alpes region.

The National Aerobiological Surveillance Network (NASN) announced on Tuesday that the Lyon region has reached a critical threshold of ragweed pollen in the air to begin causing allergic reactions in sensitive people. The peak for the concentration of pollen in the air is expected for the end of August, which would be in approximately 20 days.

While the risk of allergic reaction is highest in Auvergne-Rhône-Alpes currently, particularly in areas like northern Isère, Drôme, Ardèche and southern Rhône, the plant has spread across different regions in France. Up to 15 percent of the Auvergne-Rhône-Alpes could experience some level of allergic reaction from the plant, as it is highly allergenic, according to Anses.

It can also be found in Burgundy, Franche-Comté, New Aquitaine, Occitanie, as well as the north of the Provence-Alpes-Côte d’Azur region.

However, in contrast, ragweed is typically neither found in the Northern and Western parts of the country, nor along the Mediterranean coast.

The high pollen counts are expected approximately one week early this year due to the high temperatures seasonal temperatures.

Ragweed pollen can cause runny noses, stinging eyes and even breathing difficulties in people with an allergy, said Samuel Monnier, engineer at the NASN, to BFMTV.

If you have a ragweed allergy, consider consulting a doctor or allergist to pre-empt or treat the symptoms, recommends Monnier. Residents in regions where the pollen count is high might also consider drying clothes inside rather than outside, in order to keep the pollen from sticking to clothing.

The plant is considered particularly invasive, and many local authorities have put into place systems to remove it when spotted.  In order to report the presence of ragweed, you can go to the website signalement-ambroisie.fr or download the smartphone application “Signalement-Ambroisie.”

If you’re sensitive to pollen, you can keep up with the interactive pollen count maps across France by going to the website www.pollens.fr/ 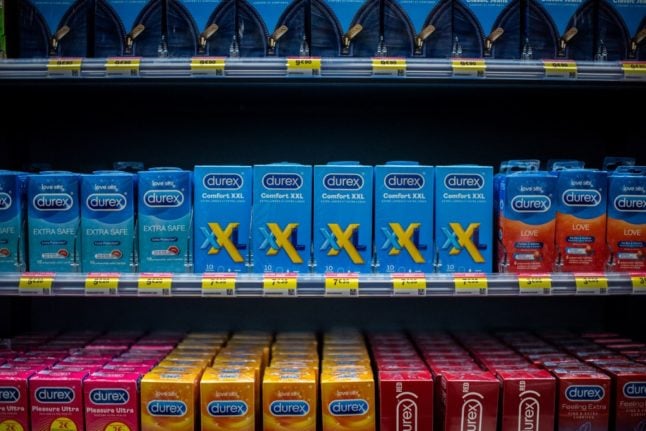 Speaking while on a visit to Vienne in south west France, the president said: “In pharmacies, condoms will be free for 18-25 year-olds. This will begin on January 1st.

He added: “It is a small revolution of prevention.”

Since 2019 condoms have been available on prescription from doctors and midwives, with the cost reimbursed via the carte vitale health card.

However, Macron’s announcement goes a step further and makes them available on an over-the-counter basis from pharmacies, without the need for a prescription or to obtain a reimbursement via the health card.

Since the beginning of 2022, women aged between 18 and 25 have been offered the contraceptive pill, IUDs, contraceptive patches and other long-term contraceptives for free, while all women can now access the morning-after pill for free.

Under-18s are already entitled to free contraception, but there were concerns that some women were stopping contraception once they turned 18 because of the cost.

The French government also launched on December 1st a new advertising campaign around AIDS – reminding people that with correct treatment AIDS patients can end with an undetectable viral load and therefore be unable to pass on the virus.

The campaign, which is appearing on billboards around France, is a play on words on séropositif (HIV positive).