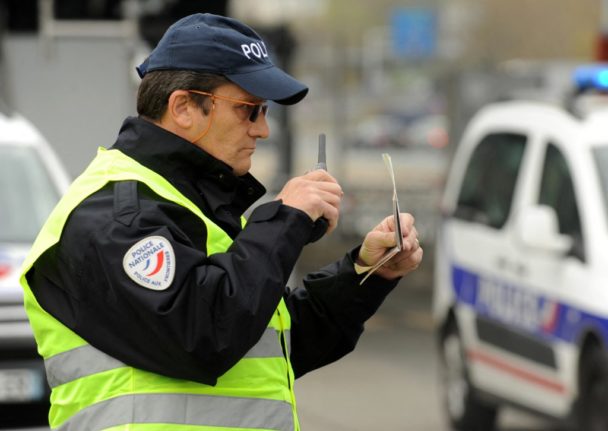 Truss told her French counterpart Catherine Colonna that “the French authorities have not put enough people on the border.”

The situation has added to the bad blood between London and Paris in the wake of Brexit, scotching hopes of a reset after Boris Johnson said earlier this month he was stepping down as premier.

“We need to see action from them (the French) to resolve the terrible situation which travellers, including families, are facing,” said Truss, who is currently fighting to succeed Johnson as prime minister.

But Paris has rejected claims that the gridlock was caused by under-staffing and Colonna in her tweet took a more sanguine view of their conversation, describing the talks as “good” and welcoming the “cooperation”
to reduce the delays.

Colonna also underlined the “need to improve facilities at the Port of Dover.”

But in a jab at London, the former Europe minister added: “France is not responsible for Brexit”.

A 2020 report by the Financial Times has also been doing the rounds this weekend. In it, it states the UK government turned down a £33-million (39-million-euro, $40-million) bid for upgrades at the port, including new passport control booths.

On Friday the port of Dover declared a critical incident and warned passengers to allow at least six hours to clear travel checks and board a ferry.

A spokesman for the port said: “Despite the Port of Dover… preparing over several months for the busy summer period, we are deeply frustrated that the resource at the French border overnight and early this morning has been woefully inadequate.”

French officials, however, said that although technical problems on the Channel Tunnel meant that some of their agents were an hour late to work, the smooth running of the port was a joint responsibility between British and French authorities and the shipping companies.

So what was to blame?

We hate to be bad sports and bring this up . . . but Brexit is having an impact on travel from the UK to France.

The Brexit transition period ended in January 2021, and since then most Brits coming into France must have their passports stamped on entry, while any pets travelling also have new paperwork requirements, namely the Animal Health Certificate.

EU import rules mean that items including foodstuffs and DIY implements being brought into France may be subject to extra checks, although these are generally done on an ad hoc basis.

Although the new regime has been in place for some time, the pandemic means that passenger numbers have been unusually low since January 2021 – this summer is the first time that peak passenger numbers and post-Brexit rules have combined.

Longer than usual waits have also been reported on several other travel routes as the summer begins.

No need to blame French authorities for the traffic jams in #Dover: that’s an aftermath of #Brexit. We have to run more and longer checks.

The British government rejected few months ago a proposal to double the number of passport booths given to the French Police in Dover.

In an interview with the BBC, he also predicted it would happen again.

Port of Dover chief executive Doug Bannister initially blamed a lack of French border agency staff for the logjam which saw some holidaymakers wait six hours or longer to catch their ferries.

But he conceded there were now “increased transaction times” post-Brexit. The port was confident of handling the demand at peak periods, he added.

And Lucy Moreton, from the ISU union that represents borders, immigration and customs staff, said the tailbacks were a “reasonably predictable” result of Brexit.

“This is the time that it’s chosen to bite,” she told the BBC.

Speaking of the pandemic, France still requires that passengers must be either fully vaccinated, or have a negative Covid test in order to enter the country.

Passengers can show either a QR code on their health app (either the French Tous Anti Covid or the British NHS app) or a paper certificate at the border.

Checking of the health pass for passengers from the UK has been varied, but many passengers have reported that checks have become more rigorous in the past few weeks, as France battles a seventh wave of cases.

As mentioned before, passenger volumes across Europe are largely either back at pre-pandemic levels or higher, as people enjoy their first foreign holidays in two years.

Dover port chief executive Bannister said some 8,500 vehicles had left the port on Friday, with about 10,000 expected on Saturday.

This weekend was always likely to be particularly busy since most English and Welsh schools have broken up this week, while Scottish and French schoolchildren are already on holiday, leading to a peak time to travel.

The M20 motorway that takes passengers to both Folkestone for the Eurotunnel and Dover to the port was closed for a portion of Friday afternoon because of a serious collision, with traffic diverted into the town of Dover, causing further congestion.

This means that traffic can now access Eurotunnel @LeShuttle .

However the road remains closed eastbound J11 (Westenhanger/Hythe) and J12 and blocked westbound. There are SEVERE delays in both directions. pic.twitter.com/pFityQtpJv

Due to the Le Touquet agreement, all security checks for passengers coming to France take place in the UK – meaning that passengers pass through checkpoints staffed by British officials, and then proceed to the French checkpoints.

Since Brexit, the French checks have involved extra paperwork – as is the case for all external EU borders.

Dover MP Natalie Elphicke said there had been “weeks of preparation”, much of it with French counterparts, for the beginning of the tourist season.

“Despite all this, French border officers didn’t turn up for work at the passport controls as needed. This has caused massive delays,” she said.

“More French officers are reported to be arriving.”

She also called for more investment in Kent roads and border control facilities and wrote a blistering attack for UK newspaper the Express, in which she said the French owed the UK “a massive apology” for the travel chaos.

What next for Dover?

Georges-François Leclerc, Préfet of the Nord area of France, said that high demand due to the start of the UK school holidays had been anticipated with extra staffing levels, but that a technical incident in the Channel Tunnel meant that border agents travelling from France to work in Dover were one hour late on Friday morning.

He added that all agents were at their posts by 9.45 am, saying: “At this time, the traffic difficulties in the Channel Tunnel had been resolved, but a very congested road traffic was still observed in British territory, with slowdowns spread over several kilometres.”

Leclerc said France had “done its job” by increasing its border staff in Dover from 120 to 200.

“Who would have thought that because the French reinforcements were an hour late that it would derail the whole system?” he added.

“Last year there was Covid. We’re finding out about Brexit” and its impact on peak periods.

“The world has changed. The UK is now a third country to the EU”, which means many more time-consuming checks.

We wouldn’t claim to be experts on customs staffing levels, but several passengers told us that at least by late afternoon on Friday, all lanes were open for checks from French border agents.

Back in 2019, French officials working on the Eurostar at Gare du Nord staged industrial action where they ‘mocked up’ the kind of checks that they said would be required after Brexit.

They were accused by the British of scaremongering. The resulting queue time was six hours.