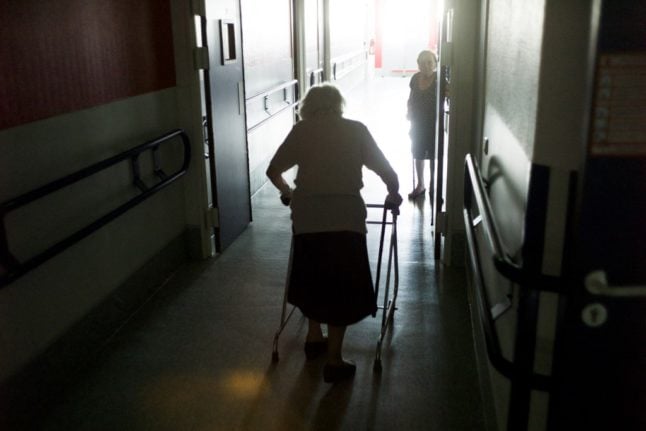 Of the 679 people who have died during this heatwave in Spain, it is believed that 430 are over 85 years old. (Photo by FRED DUFOUR / AFP)

The Carlos III Health Institute, part of Spain’s Ministry of Health, has revised its figures to 1,047 deaths in just nine days during Spain’s heatwave – which lasted officially from July 10th to 19th – with Monday 18th and Tuesday 19th the days with the most deaths at 184.

On Thursday morning the figure was just 679, and the update continues a worrying upward trend.

This latest revision to the figures comes just days after Spanish Prime Minister Pedro Sánchez confirmed that “more than 500 people died” during the heatwave, meaning that the updated death toll is more than double his initial prediction.

READ ALSO: Heatwave in Spain: Why are so many people dying?

Worryingly, according to figures from Spain’s Daily Mortality Monitoring System, the number of deaths attributable to the soaring temperatures are consistently on the rise: on Sunday 10th there were only 15 deaths; 28 on Monday 11th; 41 on Tuesday 12th; 60 on Wednesday 13th; 93 on Thursday 14th; 123 on Friday 15th, and 150 on Saturday 16th.

From Thursday, forecasts predict temperatures will rise again across much of Spain, with 12 out of Spain’s 17 regions on alert. 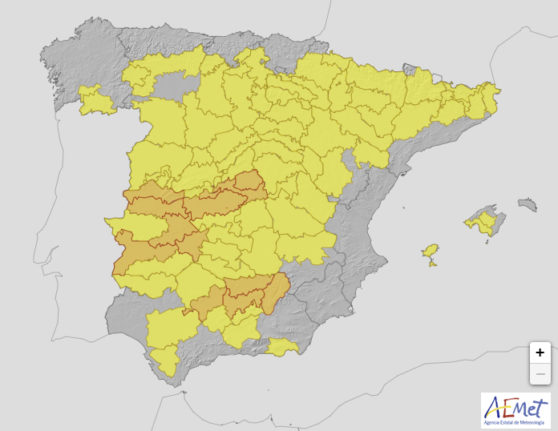 This comes after a brief and slight drop in temperatures, which was preceded by the third longest heatwave on record in Spain. In essence, it will be almost as if the ten-day heatwave that just ‘ended’ continues to rage on.

The extreme heat will be felt the most in Andalusia, Extremadura, Madrid, Castilla-La Mancha , where there is an orange warning (significant risk), reports the Agency State Meteorology (AEMET).

Temperatures north of 35C are expected in Ebro valley, Mallorca and areas of the Canary Islands, and temperatures could top 40C in the valleys of the Guadalquivir, Guadiana and Tagus.

The current ola de calor (heatwave) gripping Spain is not the first the country has suffered this summer, however.

Spain also had a heatwave in early June, which made it the earliest in the year since 1981. The spell of high temperatures, which lasted for little over a week, saw the mercury exceed 40C in many parts of the country, according to the State Meteorological Agency (AEMET), in places like Jaén, where a staggering 44.5C was recorded on June 17th.

And like the current spell of scorching temperatures, such an unusually early heatwave also had fatal consequences in June. On both June 18th and 19th, 206 deaths were recorded, according to the Carlos III Health Institute. The institute estimates that the month of June saw 829 excess deaths that are attributable to the high temperatures.

Most of the cancellations took place on Sunday, when 540 flights to and from the Atlantic archipelago had to be axed and another 54 rerouted as tropical storm Hermine battered the islands.

By 8:40 am (1040 GMT) on Monday, another 102 flights to and from the islands had been cancelled while six others were re-routed to other destinations, AENA said in an update on Twitter.

Most of the cancellations affected the two airports on Tenerife, the largest of the Spanish islands, which are located off the northwestern coast of Morocco.

AEMET said the rain would continue on Monday but would be “less intense” than at the weekend, saying the downpour had resulted in the islands’ “wettest
September on record”.