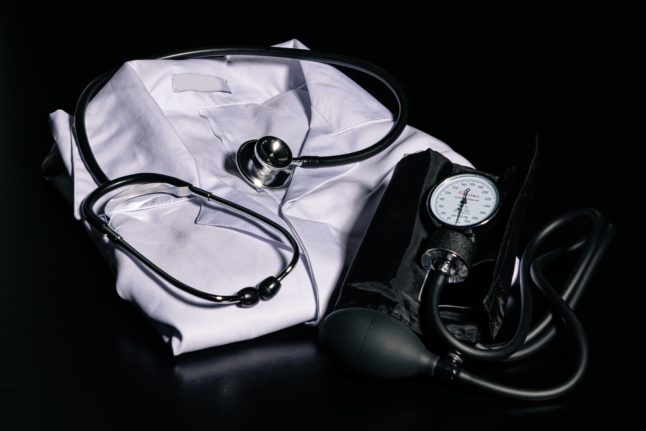 Photo by Lucas Santos on Unsplash

France’s healthcare system is generally viewed as one of the best in the world, and in good news for foreigners all permanent residents in the country are entitled to register with the state-funding system.

Click HERE for more details on how it works and how to register.

The French system is a reimbursement one – you pay upfront for appointments, medication and medical procedures and, if you are registered in the system, the French state reimburses you some or all of the cost.

But how good are the services that you receive?

Number of doctors – In regard to the amount of practising medical professionals, France performs better than both the United Kingdom and United States, with a higher number of medical doctors and nurses per 1,000 inhabitants. France’s 6.5 physicians per 1,000 people is also higher than the EU average of 4.9.

Here is a graphic of the number of practising generalists per 100,000 inhabitants in the EU – France has the fifth highest ratio.

🩺 In 2020, in the EU, highest ratios of practising generalists per 100 000 inhabitants in:
🇮🇪Ireland (188)
🇳🇱The Netherlands (178)
A higher ratio of generalist medical practitioners licensed to practice in 🇵🇹Portugal – 292 per 100 000.
👉https://t.co/CbB9AIFJfl pic.twitter.com/NVb8tzTiyb

Cost – It’s difficult to compare an individual’s spending on healthcare, since every country’s system is different.

Any top-up costs can be covered by private insurance known as a mutuelle – the average cost for under 30s is €38 per month, and if you are an employee your company must pay at least half.

The UK health system is also based on state healthcare via the NHS, which is funded by taxes which account for about 4.5 percent of the average citizens’ gross income.

In the US the system is different and is largely based on private health insurance with only minimal public healthcare.

Doctor and appointment wait times – In comparison to other countries, France was more or less average in terms of doctor wait times.

When focusing on elective care in the UK, wait lists can become notoriously long, by some accounts exceeding the population of Denmark. In the UK, long wait times was listed as the ‘most concerning issue’ facing the NHS, according to a recent IPSOS survey.

As the French healthcare system allows for a more flexible ‘shop around’ approach for both primary and elective care, these types of wait lists less common – if your GP has no available appointments you can go and see another doctor without having to register.

On top of that, in terms of simply finding care, France’s unique med-tech start-up Doctolib, which allows patients to book appointments using their portal, claims to have reduced these wait times even further in recent years. For specialists like ophthalmologists and dermatologists, the company claims to have more than halved pre-existing wait times.

But the healthcare system must be doing something right because life expectancy in France is pretty good – 82.4 years compared to 81.0 in the UK, an EU average of 80.6 and 78.5 in the US. The world’s oldest person also lives in France, her name is Sister André, she’s a nun who lives in the south of the country and enjoys chocolate and a glass of port.

France is making changes to the carte vitale – the crucial card that allows residents of France to access the public health system. If you don’t have the card – here’s how to get it.

The new project involves replacing the physical card with a virtual one that is stored on your smartphone via an app.

The French government is beginning a pilot project in eight départements with the intention of expanding the system to cover the whole country in 2023.

The trial areas are; Bas-Rhin, Loire-Atlantique, Puy-de-Dôme, Saône-et-Loire, Sarthe, Seine-Maritime, Rhône and Alpes-Maritimes and the trials are voluntary for people who want to sign up.

At present, the app is only available to those living in the trial areas mentioned above, and it can only be used by people who are already registered in the French system and have a carte vitale. It is not an alternative to the current registration process.

If you have a carte vitale, however, you can transfer it onto your phone, which saves you having to remember to carry your card around.

You first download the app MonCV and then begin the sign-up process. In order to do this you will need your current card and social security number and will also have to go through a series of security steps including uploading a scan of your passport or ID card and then making a ‘short film’ of your face in order to verify your identity.

Once registered, you can then use it at the doctor, pharmacist, vaccine centre or any other situation in which you previously used your carte vitale. You will be able to either show a QR code to scan, or scan your phone using NFC technology (similar to Metro and train smartphone tickets, which works even if your phone is turned off or out of battery).

Can you still use a card version?

Yes. If you don’t own a smartphone or are just not a fan of apps you can continue to use the physical card with no changes.

It doesn’t change anything in terms of your access to healthcare or paying for it, but some extra functions are set to be added to the app once the scheme is rolled out nationwide.

The first one is to link up your carte vitale with your mutuelle (complementary insurance) if you have it, so you don’t need to show extra proof from your insurance company in order to get full reimbursement.

The second is to add a ‘trusted person’ to your carte vitale, allowing them to use your card to, for example, pick up a prescription for you or to allow grandparents to take children to medical appointments (normally children are included on their parents’ card).

Is this replacing the biometric carte vitale?

You might remember talk earlier this year of a ‘biometric’ carte vitale, in which people would have to register biometric details such as their fingerprints in order to keep using their carte vitale.

This seems to have now been kicked into the long grass – it was a parliamentary amendment to a bill proposed by the centre-right Les Républicains party and was intended to combat prescription fraud.

Experts within the sector say that the costs and inconvenience of making everyone register their biometric details and get a new card far outweigh the costs of prescription fraud and the idea seems to have been put on the back burner for now.