The stoppage, which is now in its tenth day, has already cost roughly 1.0 to 1.3 billion Swedish kronor ($94 million to $123 million), the company said.

Negotiations between unions and management have so far failed to produce a solution.The airline said more than 2,500 flights have had to be cancelled already, affecting 270,000 passengers.

SAS announced it was filing for Chapter 11 bankruptcy protection in the United States on July 5, the day after nearly 1,000 of its pilots walked off the job.

“The strike is putting the success of the Chapter 11 process and, ultimately, the survival of the company at stake,” SAS chief executive Anko van der Werff said.

The CEO said the strike also “has a severe impact on our possibilities to succeed with SAS Forward”, the cost-saving programme launched by the ailing company in February.

SAS, which employs nearly 7,000 people, mainly in Denmark, Norway and Sweden, is seeking to raise about 9.5 billion kronor in fresh capital.

The airline said it “had sufficient liquidity to meet its business obligations in the near term without accessing new forms of capital” but warned cash reserves “will erode very quickly in the face of a continuing pilot strike”.

The pilots walked out last week after negotiations broke down. They are protesting against salary cuts demanded by management as part of a restructuring plan aimed at ensuring the survival of the company, and the firm’s decision not to re-hire pilots laid off during the Covid-19 pandemic.

The summer is shaping up to be difficult overall for European airlines and airports, who are faced with staff shortages that is affecting air traffic.

After widespread job losses linked to Covid-19, airlines and airports are struggling to recruit new staff in many countries. 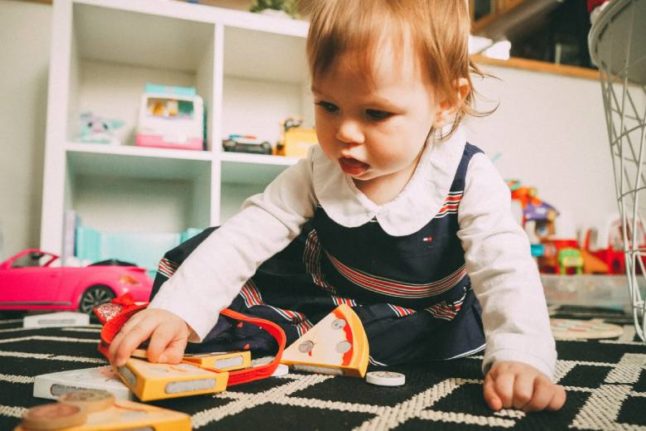 On Thursday, the Fagforbundet (Norwegian Union of Municipal and General Employees), Utdanningsforbundet (The Education Association) and Delta unions escalated the private kindergarten staff strike by withdrawing more members from the work force.

Around 1,200 new staff were withdrawn from work on Thursday, taking the total number of workers on strike to over 3,000. Some 100 or so more staff will join the strike from Monday.

The labour dispute involves the trade unions and the National Association of Private Kindergartens (PBL) employer organization, which organizes 2,066 of the country’s 2,881 private kindergartens and employs over 36,000 workers. As of Thursday, unions and the PBL appear no closer to resolving the dispute.

The dispute which triggered the strike is primarily about pensions, as employees believe that the PBL is shirking its pension responsibilities – mainly a transition to the joint scheme for agreed pensions (AFP) from next year.

“This is a strike for which the PBL must take full responsibility,” a statement from the employee side noted after the negotiation breakdown.

Contractual pension (AFP) in the private sector is a pension scheme where persons employed in a private company have a collective agreement that has an AFP contractual pension as part of the agreement. This pension comes in addition to the national insurance retirement pension. You can find more information on the associated rights on the NAV’s website.

On the other hand, the PBL says that it hasn’t made any fixed promise in relation to AFP.

“The PBL has not given any promise that kindergartens will enter the joint scheme for AFP,” communications director Marius Iversen at PBL stated.

Furthermore, the managing director at the PBL, Jørn-Tommy Schjelderup, described the developments as “surprising and very regrettable,” adding that the unions are going on strike after putting forward “completely unrealistic demands.”

On Wednesday, the parties involved in the strike held a fresh round of talks. However, unions and employer organisations are still some way from agreeing a deal to end the strike.

“The parties have spoken today. We think that is positive. But the talks have so far not led to any results or to a real mediation,” PBL negotiator Espen Rokkan said in a press release.