“We are ensuring the complete filling of our storage capacities, aiming to be close to 100 percent by early autumn,” and France will also build a new floating methane terminal to receive more energy supplies by ship, Borne said.

France is much less dependant on Russian gas than its neighbours, and announced earlier this week that it has not received any Russian gas by pipeline since June 15th.

Meanwhile Germany moved closer to rationing natural gas on Thursday as it raised the alert level under an emergency plan after Russia slashed supplies to the country.

French PM Borne on Thursday also confirmed that the bouclier tarifaire (price shield) will remain in pace until the end of 2022 – this freezes the price of household gas and limits rises in electricity bills for homes to four percent. 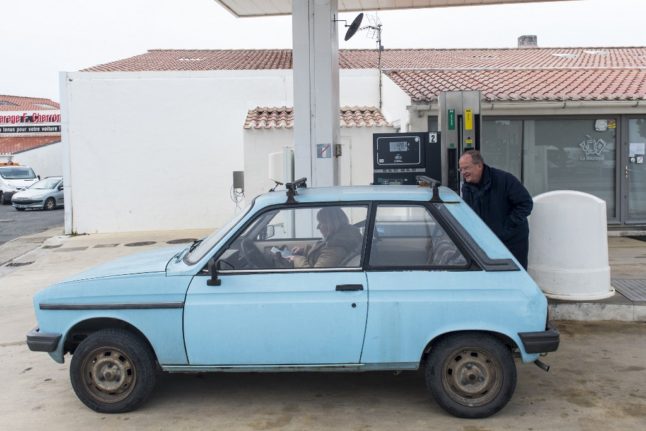 French Finance Minister Bruno Le Maire announced on Monday that the government plans to bring in a one-time subsidy to assist low-income workers who are obligated to use their vehicles to get to and from work.

The finance minister made the announcement, which could affect up to 11 million households, on France Inter radio on Monday morning, saying that the current plan is for the subsidy to apply to those earning up to €1,600 per month.

The benefit could be extended to include up to 60 percent of the poorest people living in France, but the final income framework has not yet been announced.

The benefit is intended to help those who take their cars to work but can “no longer make ends meet because the price of fuel is too high,” said Le Maire.

Should the proposal be accepted by parliament, those who meet income and driving criteria will be able to take advantage of this fuel subsidy by logging on to the tax site and filling out an application for assistance. Then, the government will ensure that the applicant has a vehicle (by checking car insurance contracts) and does indeed meet the income criteria.

READ MORE: MAP: How to avoid paying too much for fuel when you’re driving in France

The proposal is for the fuel subsidy to be paid in one go at a fixed amount for all who fit the requirements, regardless of the distance driven to work (whether that be five or 30 km). That being said, frequent drivers, those who drive more than 12,000 km a year, will still benefit from a separate, pre-existing bonus specific to their situation.

The amounts of the subsidy have not yet been communicated and the timeline for when this would take effect is currently unknown, because the measure will first need to be voted on in parliament.

Currently, motorists benefit from a €0.18 cent subsidy per litre at the pump.

However, should the new payment for low-income drivers be put into effect, the current €0.18 subsidy would no longer be extended until the end of the year, as was planned, and would be instead be reduced “in stages.”

Other plans to ease the cost-of-living crisis have also been proposed.

The left-wing has suggested lowering the VAT – the consumer-consumption tax – associated with fuel.

However, President Emmanuel Macron’s government has said that multiple proposals would not be possible at the same time due to financial constraints, so it remains to be seen how this proposition will fair after being debated and voted on in parliament.