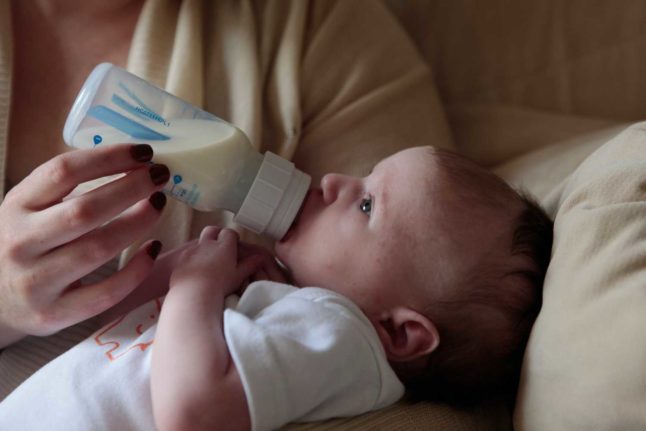 Why is Switzerland sending baby formula to the USA? Photo by Lucy Wolski on Unsplash

The Swiss group will specifically import two brands of hypoallergenic milk, with the shortage an additional source of stress for parents of babies intolerant to cow’s milk protein.

“We prioritised these products because they serve a critical medical purpose,” the spokeswoman told AFP, confirming a press report. The two brands are already imported from the Netherlands for Gerber Good Start Extensive HA milk and from Switzerland for Alfamino milk.

Faced with the shortage, Nestle decided to airlift the milk “to help fill immediate needs”, said the group, which also has two factories in the United States producing infant formula.

Initially caused by supply chain problems and a shortage of workers due to the Covid-19 pandemic, the shortage worsened when in February an Abbott factory in Michigan closed, after a recall of products suspected of causing the deaths of two babies.

The US Food and Drug Administration (FDA) released the milk, but issued a “483” form alleging irregularities at the plant, Abbott said Friday, adding that it “immediately” began implementing corrective measures.

On Monday, Abbott reached an agreement with US authorities to restart production at the plant.

The White House is in constant contact with the four major manufacturers, including Nestle, Reckitt, Abbott and Perrigo, to identify transportation, logistics and supplier barriers to increasing production.