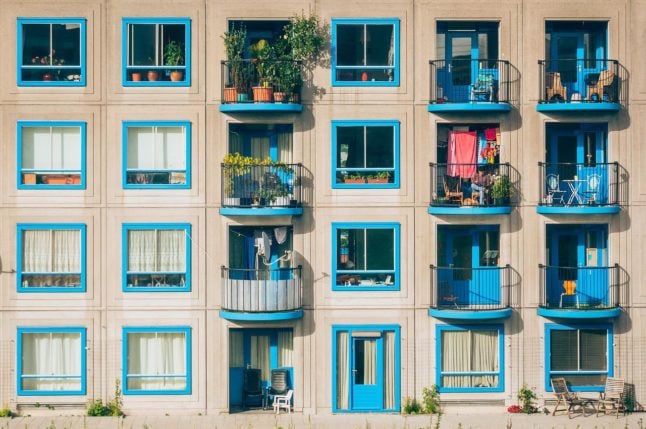 The costs of housing are going up in Switzerland. Photo: Pixabay

First, the (somewhat) good news: The inflation rate in Switzerland —  2.6 percent  — is significantly lower than in neighbouring France (5.4 percent) and Germany (7.8 percent), as well as throughout much of Europe.

But even with the relatively low inflation, prices of many consumer products have been rising, with economists forecasting further hikes.

While you might notice the impacts of inflation when you buy groceries, consumer goods, food and petrol, inflation is also making a mark on the housing market.

How is the housing market impacted by this phenomenon?

The impact on housing is indirect, which can be likened to the ‘domino effect’ — as the price of construction materials derived from petroleum, such as plastic, have risen, so has the cost of newly built houses and renovation work on existing properties.

Rents and mortgages are also impacted, although there the mechanism may be a bit complex to understand by non-experts.

As Vincent Leroux, president of SVIT Romandie, the Lausanne-based section of the Swiss Association of Real Estate Economics, explained to Tribune de Genève (TDG), the “central bank have a particular mission to control inflation”.

To do this, it has the option of raising its key rate. When it does, the interest rates of financial institutions follow and rise in turn. The purpose of the maneuver is to reduce the use of credit, and to slow down the level of consumption and the upward trend in supply prices. But, if interest rates go up, rents can go up – as can the interest cost of a mortgage.

EXPLAINED: How to save on your mortgage in Switzerland

This is the general picture, but what happens if you are a tenant?

All tenants are, or will soon have to, pay higher rents, according to Pierre Stastny, a lawyer at The Swiss Tenants Association (ASLOCA) in Geneva.

The determining factor is when the lease was signed and what the reference rate — weighted average interest rate for mortgages in Switzerland, announced by the Federal Housing Office each quarter — was at the time.

Those who rented their properties at a time when the reference interest rate was low could see their rents increase by 3 percent, Stasny said.

Those who contracted a lease whose rent is indexed to inflation will also see their costs rise.

This is because “the lease law authorises landlords to add 40 percent of the inflation rate to the rent”, Stasny pointed out. “But if the lease is signed for five years or more and the contract contains an indexation clause, the landlord can then pass on to the tenant the entire inflation rate.

How are homeowners affected by inflation?

According to Stéphan Mischler, director of mortgage and real estate platform MoneyPark, it depends on whether you are a first-time buyer, whose mortgage loan is in progress, or non-first-time buyers, who have settled their mortgage.

The former group is most at risk, money-wise.

“With inflation, the ten-year fixed interest rates, which are most often chosen in Switzerland, have started to increase: they have doubled and currently vary on average between 1.8% and 2.5%, compared to around 1% a few months ago”, Mischler told TDG.

However, current owners could also be affected if they have to renew their mortgage in the near future.

Logically, this chain of events will also have repercussions  on potential buyers, as they may not be able to afford higher mortgage rates.

Other housing-related costs have risen in Switzerland as well. For instance, energy, including gas and electricity used by households, will  take a bigger chunk out of an average family’s monthly budget.

What exactly is inflation and what causes it?

Simply put, it is an increase in the prices of consumer goods and services, causing some loss of purchasing power. In other words, while our wages mostly remained the same, the cost of living went up, and is expected to continue to increase for at least the foreseeable future.

This trend started in mid-2021, as world economies recovered from the Covid pandemic, and Switzerland rebounded better than many other countries. However, with many supply chains still disrupted and struggling to meet consumer demand, prices began to rise.

The situation has worsened since Russia’s invasion of Ukraine on February 24th, which also slowed down or shut down altogether the production and supply of some essential agricultural and energy products, leading to higher prices. 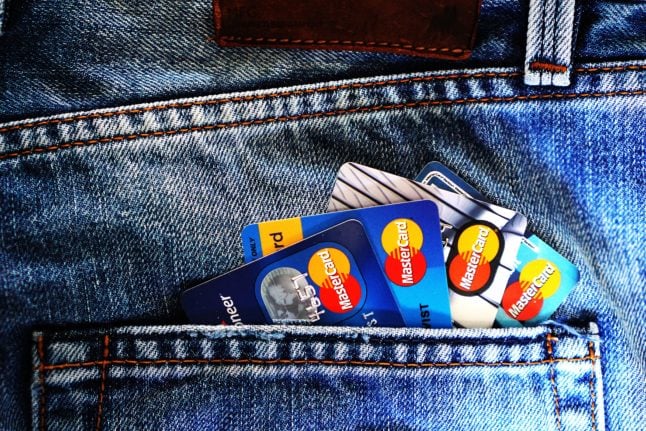 Most people routinely use their cards without giving any thought to fees and charges involved in each purchase.

This all the more relevant when you pay for goods and services abroad because your bank charges a fee for every transaction made outside of Switzerland  — typically, between 1 and 5 percent, depending on the terms of your contract.

However, a new study by an independent online comparison service Moneyland shows that “there are huge differences in costs and benefits” among various cards.

This finding is based on comparison of 168 Swiss credit and prepaid cards, taking into account “all relevant fees for the first two years of use, as well as Swiss franc to euro exchange rates” in 2022.

The study concluded that “many consumers could save hundreds of francs per year by changing their payment cards”, according to Moneyland CEO Benjamin Manz.

For instance, occasional users could save 560 francs and frequent users could see savings of more than 830 francs in the first two years if they were to switch to cheapest cards, Manz said.

Which card you ultimately choose depends on several factors. For instance:

The cheapest credit cards for travellers

If you frequently travel to foreign countries and spend 5,000 euros (equivalent of about 5,000 francs and 5,200 USD) outside of Switzerland every year, or withdraw 1,000 euros per year at foreign ATMs, your best bet is the Silver Multi-Currency Credit Card from Swissquote. It costs 292.05 francs over the first two years of use.

Next are the Gold Multi-Currency Credit Card from Swissquote (392.05 francs); the Coop Supercard Visa or Mastercard (458.95 francs), the Jumbo and Manor Mastercard credit cards from Viseca (463.55 francs), and the new UBS key4 Mastercard Standard (485.15 francs).

READ MORE: How to save on groceries in Switzerland

If you are an occasional user, meaning you spend 200 francs in Switzerland per month and 1,000 euros per year outside of Switzerland, you will get most bang out of the Poinz Swiss Loyalty Card and Swisscard Cashback credit cards.

The study found that over a two-year use, these cards give you more money than they cost you.

How can this be?

As Moneyland explains it, “the cost of using the Poinz card is -25.10 francs, and that of using the Cashback card is -12.30 francs. Both of these are American Express credit cards issued by Swisscard. The reason why the costs are negative is that the cash back rewards you get are higher than the total costs”.

“All of the cheapest credit cards for occasional users are free credit cards in the sense that they do not have annual card fees”.

READ MORE: Six no-gimmick websites that help you save money in Switzerland

What about frequent users?

Moneyland defines ‘frequent’ consumers as those who spend 1,000 francs per month in Switzerland, and 5,000 euros per year in foreign countries. It also considers cash advances — five 200-franc withdrawals in Switzerland and five 200-euro withdrawals from foreign ATMs.

Next are the Silver Multi-Currency Credit Card from Swissquote (362.05 francs) and the Coop Supercard Visa or Mastercard (454.75 francs).

These are the cards with a credit limit based on the account holder’s deposit.

It costs 26.60 francs over the first two years.

Migros vs Coop: Which Swiss supermarket has the best bonus point system?

Using cards from digital banks like Neon “is particularly advantageous for travelling”, the study found.

“The reason is that many of these cards have much lower foreign transaction fees and better exchange rates than credit cards and debit cards from conventional Swiss card issuers and banks”, Manz said.

However, prepaid cards are not as widely accepted as credit cards, especially for hotel bookings and car rentals. “For that reason, taking at least one affordable credit card with you when you travel, in addition to cheap cards from neobanks or other debit cards, is a good idea,” Manz pointed out.

What else should you know about Swiss credit cards?

Another consumer comparison site, Comparis.ch, has also rated commonly used credit cards using its own criteria. You can see the results here.