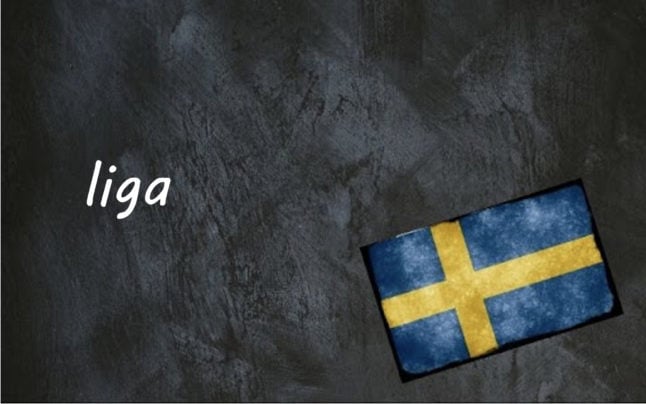 Don't get this confused with the similarly-spelt word "ligga", which means "lie down" or "have sex". Photo: Annie Spratt/Unsplash/Nicolas Raymond

Liga originally comes from Latin ligāre (“to bind”). In most languages, liga means “league”, a group of individuals, organisations or nations who are united in some way.

A league is almost always something positive or neutral in other languages, but in Swedish a liga is something negative – a criminal gang, with the word ligist referring to a (usually young, male) gang member, thug or hooligan.

Political or diplomatic leagues are usually translated into Swedish as förbund (“union” or “association”) rather than liga: one example is the Swedish term for the League of Nations, Nationernas förbund.

The only exception to this rule is sport, where the popularity of international football leagues such as the Bundesliga and the Premier League has lessened the negative meaning somewhat in this context. Fans of hockey will be familiar with SHL, Svenska hockeyligan, and Sweden’s handball league is referred to as handbollsligan.

The history behind liga’s negative meaning in Swedish can be traced back to the Thirty Years’ War, which took place largely within the Holy Roman Empire between 1618 and 1648.

Sweden was – and still is – Lutheran, meaning that, when they got involved in the war in 1630, their enemies were the Catholic League – or the katolska ligan in Swedish, with its members being referred to as ligister or “league-ists”.

King Gustav II Adolf eventually beat the Catholic League in 1631 at the Battle of Breitenfeld, ultimately leading to the formal dissolution of the league in 1635 in the Peace of Prague, which forbade alliances from forming within the Holy Roman Empire.

Although this may seem like ancient history, Swedes still don’t trust a liga – the word’s negative connotations have survived for almost 400 years.

I’m a bit worried about him, he’s started hanging out with a group of thugs.

Manchester United have won the Premier League the most times, but City are the current champions.

They’re saying there’s a gang behind the recent spate of break-ins. 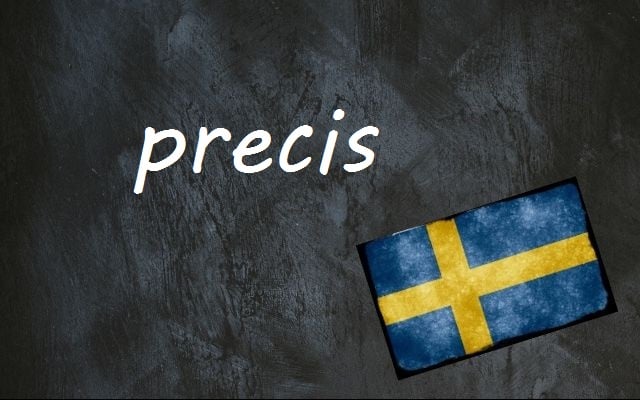 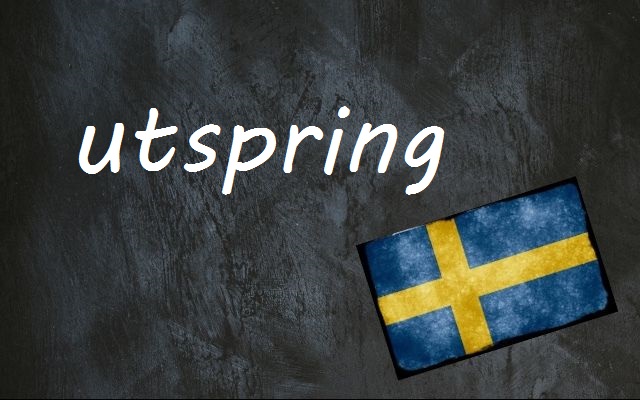 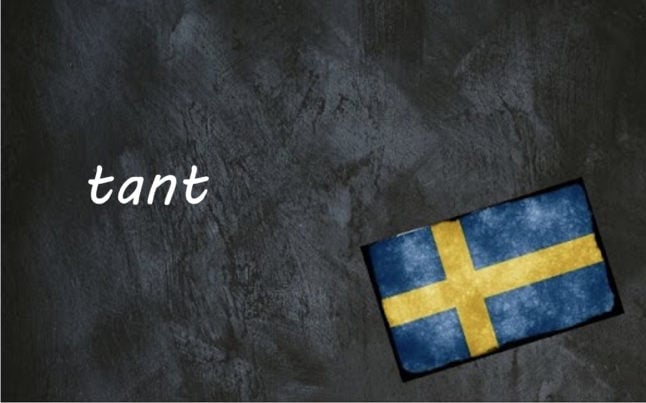 The most common use of the word tant is as a slightly derogatory way of talking about an older woman, similar to how the word gubbe can be used to describe an older man. A tant is usually considered to be middle-aged or older, but can also be used ironically to describe younger women.

In the past, it was often used affectionately to refer to an older female family member, such as a great-aunt. Nowadays, some older women may consider the word somewhat of a compliment, whereas some may find it insulting, so it’s probably best to avoid using it unless you’re absolutely sure whether the person in question would approve.

A tant also usually has a tantväska (“tant bag”). One famous tantväska was caught on film in 1985, when protester Danuta Danielsson was photographed hitting a marching neo-Nazi with her handbag. Her image, immortalised in bronze by artist Susanna Arwin, is shown below. 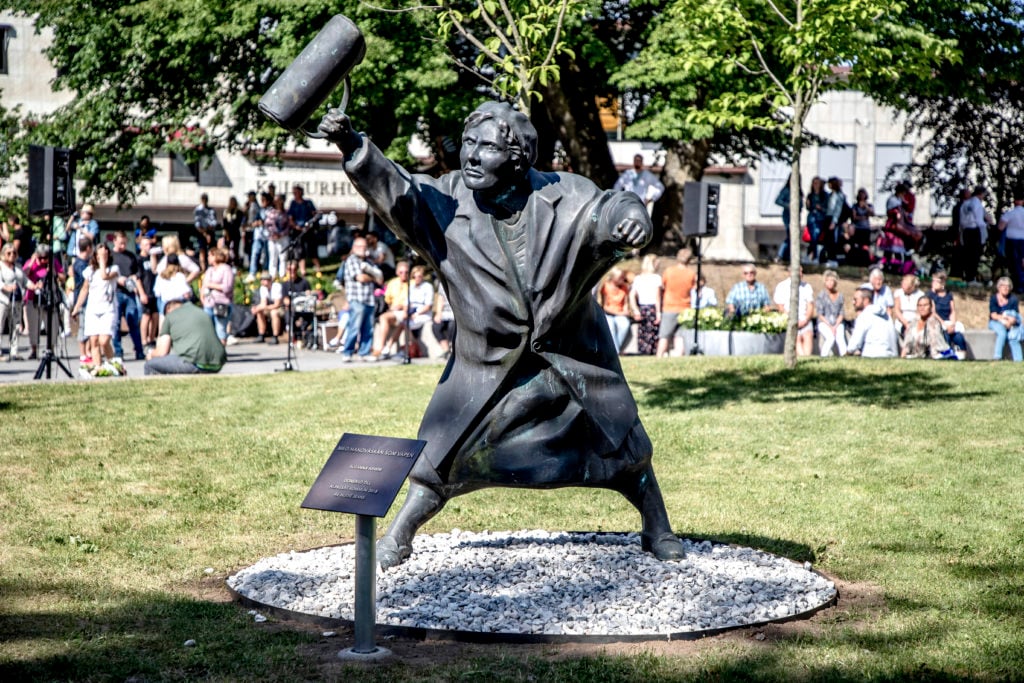 The statue “The Handbag as a Weapon” by Susanna Arwin on its unveiling in 2018. Photo: Adam Ihse/TT

These words can also be used to tease someone who is usually far too young to be classified as a real tant, by saying something like vilken trevlig tantbil du har skaffat! (“What a nice little-old-lady car you’ve bought!”) or to ironically refer to something tantig you find yourself doing, such as in the example kan du hålla min tantväska? (“Can you hold my tant bag?”).

Similarly, you might ask your friend or partner for their opinion on an outfit or haircut by asking if it makes you look tantig (“like an old lady, frumpy, matronly”).

This description from journalist Måns Uggla in an article headlined “Being a kulturtant is among the finest things you can be” in the Nerikes Allehanda newspaper is perhaps more accurate: “The prejudiced image of a kulturtant is an above middle-aged woman, with Gudrun Sjödén clothes and opinions from the left-wing hippie ideals of the 1960s”.

He further describes kulturtanter as “the women who keep the cultural wheels of Sweden turning”. 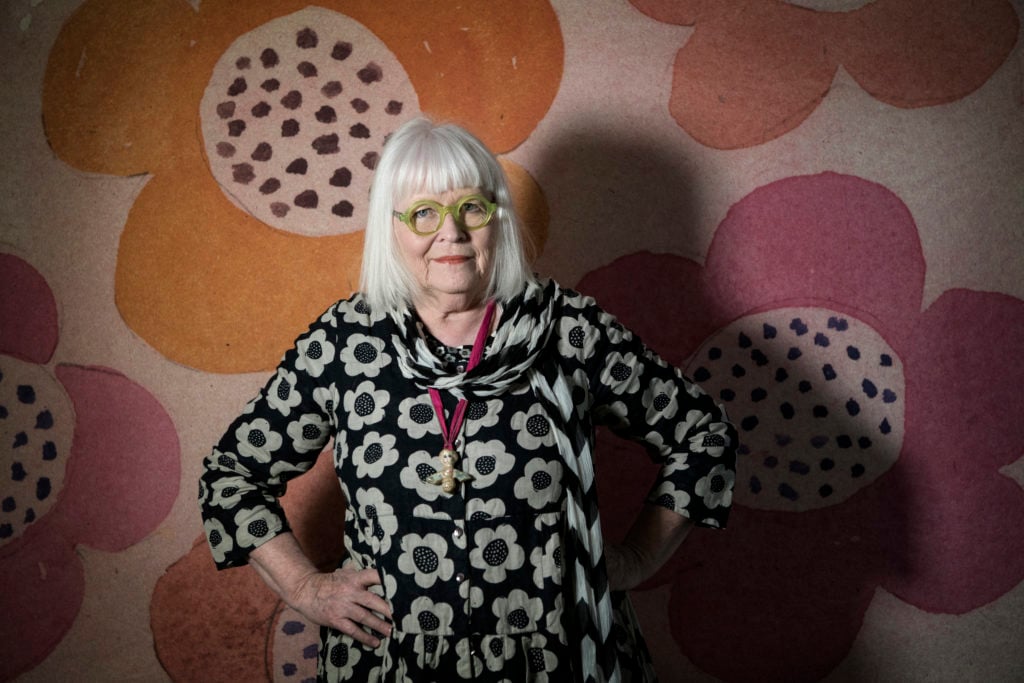 So, there you have the word tant. More than just a word, tantar are the matriarchs of Swedish society, watching over us with their handbags full of bridgeblandning sweets at the ready. Don’t get on the wrong side of them, though – they’re not afraid to use those handbags.

Isn’t this dress a bit frumpy? No, darling, everything suits a beauty.

Have you seen the old lady in the park with her little dog? His name is Potato, apparently.

It’s been fun, but I should head home to the missus!