Austria is set to experience its first heatwave of the year, with temperatures rising to 30C (86F) in several states, according to forecasts from Austria’s Central Institution for Meteorology and Geodynamics (ZAMG).

Already this Wednesday, the Western state of Tyrol will see high temperatures ranging from 25C to 30C. The state residents can also expect a lot of sunshine throughout the day.

This Thursday, Styria will be affected by the high temperatures, getting the warmest day of the year so far. In the southeast, it will be up to 30C, and in Upper Styria, 24C to 29C. In all other states, including Vienna, temperatures can get as high as 29C.

With rain expected to fall over the entire country on Friday, temperatures will drop again.

The beginning of the weekend should see a maximum of 26C in East Tyrol. Also on Saturday, as thunderstorms affect mainly the West of Austria.

READ ALSO: Six of the best things to do in spring in Vienna

On Sunday, though, the sun is expected to shine again in most of the country. Maximum temperatures should be between 25C and 28C, according to ZAMG. 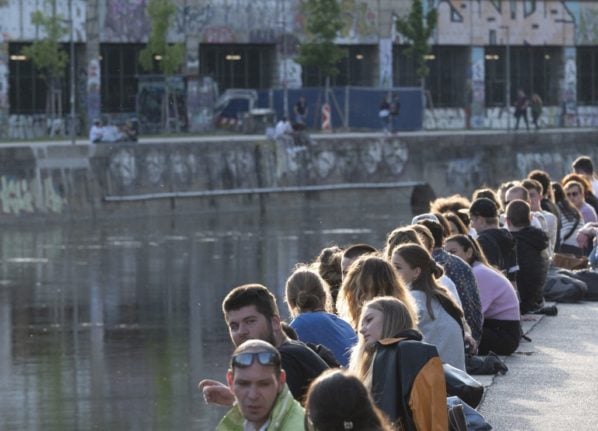 The next few days will have unstable weather in Austria, with severe thunderstorms and extreme heat, according to Austria’s Central Institute for Meteorology and Geodynamics (ZAMG).

Thunderstorms start on Friday throughout the country, especially in the north and south regions. Temperatures are higher in the East, with Burgenland seeing up to 36C. In the east, a cold front will bring down the temperatures to 18C in Vorarlberg and 23C in Tyrol.

READ ALSO: Everything that changes in Austria in July 2022

Friday evening will be colder all over Austria, with minimum temperatures of 12C in the west and 17C in the east.

Sunny and hot weekend ahead

On Saturday, there will be lots of sunshine in all of Austria, with only a few clouds in Tyrol. Temperatures rise to 30C during the day and wind blows weakly to moderately, according to ZAMG.

READ ALSO: Heatwave: Nine of the coolest places in Austria

Sunday will also be a sunny day, with few clouds in parts of the country. However, after a fresh morning, with minimum temperatures of 13C in Salzburg and Upper Austria, the heat comes back and thermometers will mark about 30C in most of Austria.

The institute said that clouds could form and develop into small-scale heat thunderstorms.

READ ALSO: Five of the best things to do in Vienna this summer

Starting Monday, there is a change in the weather. At least temporary sunshine should show up, but more and more clouds will be noticeable, especially in the west. The region will gradually see some rain showers and thunderstorms. Only the eastern and southern states should not expect rain.

Temperatures are still high, though, with a maximum of 33C in Burgenland and a minimum of 15C in parts of Tyrol, Salzburg, and Styria.

On Tuesday, there will be rain all over Austria, though some sunny phases may alternate with the rain showers. Especially in the south and parts of the east, thunderstorms can be expected. Wind over the Danube valley will be stronger than in the rest of Austria.