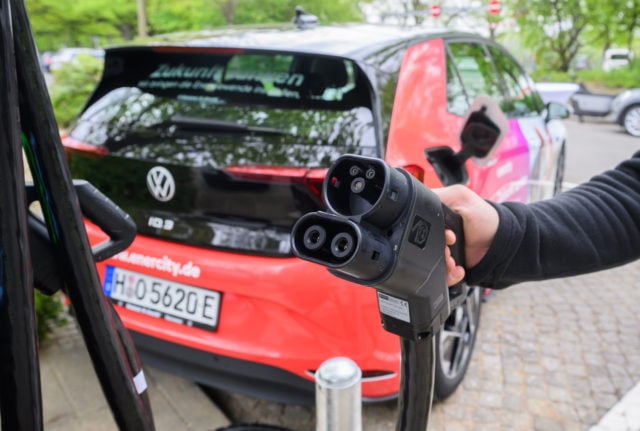 The proposals would extend the deadline for subsidy applications and increase the amount of money available to e-car buyers.

According to the report, Transport Minister Volker Wissing, of the Free Democrats (FDP), plans to offer the subsidies for purely electric or fuel-cell vehicles until 2027 in a multi-billion euro extension of the scheme.

From the second half of 2023, buyers will have to scrap a combustion car that is at least 11 years old in order to still receive the full subsidy. This could account for around €1,500 of the subsidy.

Both premiums are to be reduced from 2025 and, according to the report, will cost up to €73 billion over the duration of the scheme.

In contrast to federal Economics Minister Robert Habeck (Greens), Wissing wants to continue subsidising the purchase of plug-in hybrids until 2024 rather than ending it this year.

According to the coalition agreement, all purchase subsidies are supposed to end in 2025 and will be gradually reduced over time until then.

Accordingly, only €5.9 billion has been planned for e-car subsidies in the budget.

Inflation sat at 7.6 percent in June, according to the federal statistics office Destatis, still well above the two-percent target set by central banks but down from 7.9 percent in May.

Consumer prices in Germany have been on an almost constant climb for 18 months, with the last fall in the rate registered in January this year.

Inflation was first stoked by the disruptions arising from the coronavirus pandemic, and then by the war in Ukraine.

Year-on-year energy costs were up 38 percent in June, according to the statistics body, while prices for food also increased by 12.7 percent in the same timeframe.

The disruption caused to supply chains by the war and the pandemic also added to price pressures, it said.

The upwards momentum was only broken by government moves to ease the pressure on consumers, including a discounted fuel tax and a flat-rate €9 monthly ticket for public transport.

The full impact of these measures could “not be assessed” in the preliminary data, Destatis said.

“This is not yet the end of surging inflation rates,” said Carsten Brzeski, head of macro at the ING bank.

Rather, it was an example that it is “currently governments, not central banks, that can stop inflation”, he said.

Despite the relief for consumers from the government on the costs of transport and energy, “food price inflation continued to pick up” while prices were also marked up for services, Brzeski said.

Looking ahead, the government’s measures are set to expire at the end of August, while “the potential end to Russian gas for Germany is also likely to increase energy prices going into the winter season”, he said.

The data suggested “eurozone inflation is moving up and not down like German inflation”, adding to the pressure on the European Central Bank, Brzeski said.