The build-up to going on holiday is usually an exciting period. Choosing books to read, prepping streaming devices, checking out restaurants and things to do at your holiday destination – all activities that heighten your anticipation of the fun times ahead.

But there’s one aspect of holiday planning that makes us pet owners a little blue – what are we going to do with our furry (or feathery or fishy) friends?

Denise Baxendall, who lives in southern Spain, has experience of all the possible ways to keep pets safe and happy when she’s away.

“We have two rescue dogs, one of whom is a little bit complicated. She is quite nervous. And it takes her a while to sort of be comfortable with people. And so my main concern is that she is settled and that she’s not stressed by us not being there. So for me, kennels are just not suitable.

“They’re also very expensive, especially now that some of them call themselves ‘pet hotels’. You also hear awful stories about dogs getting very stressed and losing hair and eating their tails and all sorts of horrible things. And then there’s kennel cough, which is sometimes unavoidable because there are all these dogs in such close proximity. And even at the best kennels they can’t dedicate two or three hours to walking each dog and spend time cuddling them sitting in front of the telly. It’s just not possible.” 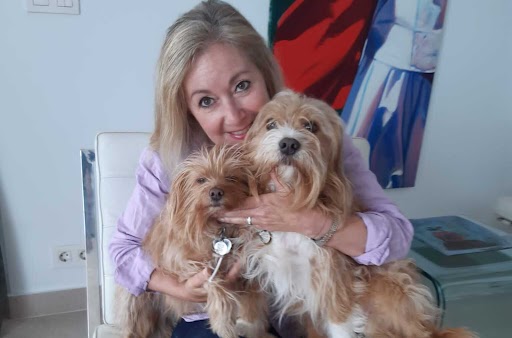 Denise Baxendell with her dogs

What about friends and family – why not persuade them to help out?

Denise is wary about using this tactic. “It always causes guilt and tension. Are you impinging on their time? Are you inconveniencing them? And they can often only pop round to feed the animals and, in dogs’ case, give them a quick walk to make sure they go to the toilet. The dogs won’t get proper walks and won’t have any long-term company. And what if your dog is a diabetic for example and needs regular medication? Sadly, it’s the same problem with pet walkers – they’re in and out of the house in a flash, leaving the animals alone. So this really isn’t an option if you’re planning to go away for more than a day.”

Jenny Newman, who lives in the French Pyrenees, is a house-sitter and pet owner who’s been on both sides of the house-sitting fence. “Asking friends and family is okay if it suits both parties. Personally, I don’t have anyone to ask who lives anywhere near close enough to me, but even if I did I’m not sure I’d feel happy imposing on their free time.”

“There’s only one sensible option, really, when you have to leave your pets and that’s using a house-sitting service, such as TrustedHousesitters,” says Jenny.

Denise agrees. “All the problems and complications I’ve mentioned about kennels, family and pet walkers, none of those come into play when it comes to house-sitters. The pets get to stay in their own home, they do not have their routines disturbed, they go for long walks, and they get cuddles. And you, as a human, have someone you trust looking after your pet and your home, so you can enjoy your time away!”

Services such as TrustedHousesitters work by matching pet owners with house sitters – who do not charge for their time – to keep your pets safe and happy at home whenever you’re away. Both owners and sitters pay an annual fee to be part of the network. For sitters, the arrangement offers the opportunity to travel and see places without paying for accommodation.

Learn more about TrustedHousesitters, the service that ensures your pets are looked after when you’re away – and get 25% off!

Those that might be wary of letting a stranger or strangers look after their house need not worry, says Denise.

“If you use a site such as TrustedHousesitters, you know the sitters have been checked and double-checked.” 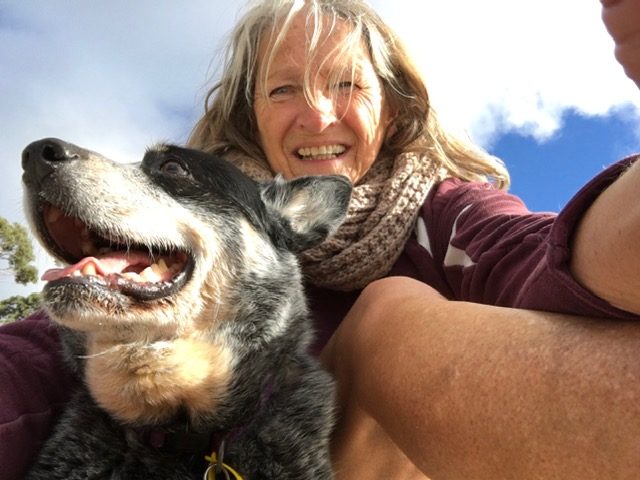 Jenny Newman and one of her dogs

TrustedHousesitters ensure potential sitters are thoroughly ID-checked and vetted, a comprehensive system that is complemented by ratings and reviews left by other owners. Owners and sitters pay an annual fee to use the service and, on certain plans, for extra peace of mind, TrustedHousesitters offer owners and sitters insurance cover against property damage, theft, and sitter accidents, as well as a free 24/7 vet advice line.

“Having been involved on both sides of house-sitting for many years, I know that pets love their owners, but they also very quickly come to love their house-sitters as well,” says Jenny. “If they’re with an animal lover, they are relaxed and happy and don’t miss their owners or get stressed by their absence. Obviously, they’re usually delighted to have you home but when I recently returned from being away they seemed to barely notice that I’d not been there and were very happy snuggled up to the sitters! But that’s good of course – it means they’ve been well looked after.”

For Denise, the benefits of using a house-sitter service are obvious. “I think it’s peace of mind. You know these sitters are who they say they are, that they’ve been checked out and that you have the ability to look through all their various reviews and ratings on the website. And if you take the insurance options they offer, you have a pretty bulletproof way of getting your pets and your home looked after.”

There are other benefits, too, according to Denise. “We have built up relationships with some of our sitters. So we do have people coming back to house-sit multiple times and we have become friends. And that’s really lovely.”

Jenny sums up the attractions of using a house-sitter. “With a house-sitter, you have somebody that wants to be in your home and wants to look after your pets – they are specifically coming to your house to do that for you. It’s the perfect solution to looking after your animal. And you get to totally enjoy your break, knowing your pets and home are being looked after.” 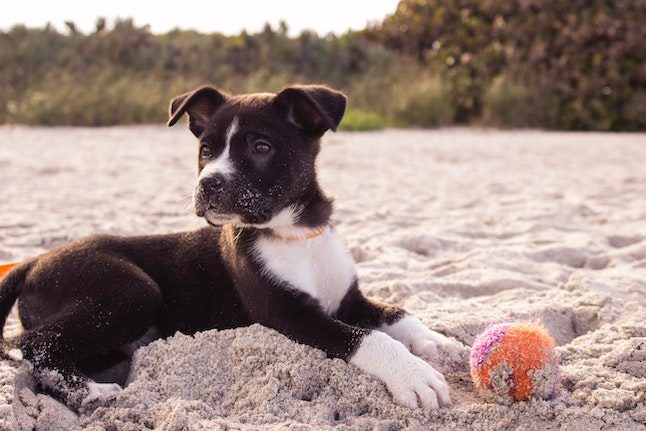 The Spanish are pet crazy and there are a whopping 15 million pets in the country, according to the latest figures from the National Association of Pet Food Manufacturers. This is mainly made up of dogs, cats, rabbits, tortoises and turtles.

The majority of these are dogs, a total of 9.3 million of them in fact, and the number of dog owners in Spain has risen by 38 percent in the last three years.

In fact, there is more than twice the number of pets than kids under the age of 15 in Spain.

READ ALSO: What are the rules on taking your pets on holiday in Spain?

If you’re thinking of joining the nation of pet lovers and getting a pet of your own or you own one already but are unsure of what vaccinations they need in Spain, we’re here to help.

Dogs can be exposed to many different illnesses and viruses every day while out on their daily walks and socialising with other dogs, that’s why it’s important that they’re vaccinated, both to keep them healthy and to help eradicate certain diseases.

Vaccinations begin in Spain right from when they’re puppies. The main mandatory vaccines for dogs here are:

Distemper: This is a serious and highly contagious disease. It affects a dog’s digestive, respiratory and nervous systems and can be fatal, but is easily avoided through vaccination.

Rabies: Although Spain is officially rabies-free, it’s important to keep dogs vaccinated to help keep it that way. The rabies virus is transmitted through saliva and can enter the bloodstream through a bite. Unfortunately, it’s a fatal disease and while there are vaccines, there is no cure.

READ ALSO: What you need to consider before adopting a rescue dog in Spain

1.5-month-old puppies – From this age puppies should be given one vaccine against parvovirus, one against distemper and two polyvalent vaccines.

Two-month-old puppy – The polyvalent vaccine can also be given at this age.

One-year-old dog – Boosters of the polyvalent and rabies vaccines.

READ ALSO: What will Spain’s test to buy or adopt a dog consist of?

Yearly vaccines – Polyvalent and rabies vaccine boosters. The rabies vaccine is mandatory across Spain, except in Catalonia, Galicia and the Basque Country. Most regions say that dogs need a yearly booster, but some allow it every two years instead.

Keep in mind, even if you are in Catalonia, Galicia and the Basque Country vets recommend that you vaccinate your dog against rabies anyway, particularly if you are travelling with them to other regions.

Optional vaccines – While the above vaccines are mostly mandatory, there are several others that are optional vaccines. These include canine hepatitis, canine leishmaniasis, leptospirosis, lyme disease and kennel cough.

The leptospirosis vaccine is recommended for dogs who regularly visit forested areas and it protects them for at least 12 months.

READ ALSO – Renting in Spain when you have a pet: What are my rights? 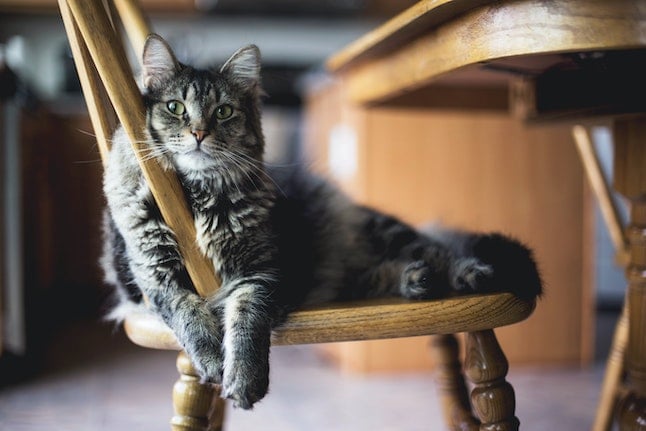 Although more people own dogs in Spain, there are still around 5.4 million cats according to the National Association of Pet Food Manufacturers. If you’re a cat person then you’ll need to know about the vaccines that your feline friends need too.

Feline parvovirus: Also known as feline panleukopenia, the virus causes diarrhoea, vomiting, and fever and can be severe, especially in kittens.

Herpesvirus: Also known as feline viral rhinotracheitis (FVR), this is a highly infectious disease caused by feline herpesvirus type-1 and is one of the major causes of upper respiratory infections and eye infections in cats.

Calicivirus: Feline calicivirus is an infection that causes upper respiratory infections as well as oral diseases in cats.

Kittens need their first vaccines aged six weeks and another dose around 16 weeks this is for all three vaccines – parvovirus, herpesvirus and calicivirus.

One important optional vaccine is for the prevention of feline leukemia, which can be fatal. If you’ve adopted a cat or kitten, it’s important to test to find out if the cat is seropositive or not. It can be transmitted from the mother cat during pregnancy or while breastfeeding. It can also pass between cats if they lick each other or share water bowls for example.

The legislation regarding rabies vaccine for cats is the same as for dogs.

Optional vaccines: Chlamydophila and leishmaniasis vaccines are not mandatory and are not always given to cats because they do not completely stop them from catching the illnesses, however, they do help with the symptoms. Chlamydophila is usually recommended for those who have several cats at home to help control the spread of the disease and is an infection of the eyes, while leishmaniasis is rare and is a parasitic disease that affects the skin.