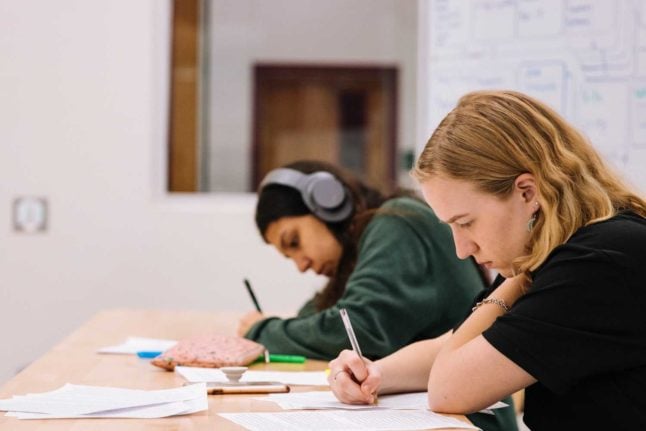 Masks will no longer be needed in schools in Austria from today. Photo by Jeswin Thomas on Unsplash

Austria’s Foreign Minister and former Chancellor Alexander Schallenberg has been dominating headlines in both Ukraine and Russia, after he spoke about Ukraine joining the EU in the Austrian newspaper Heute.

Schallenberg suggested Ukraine could be given a “tailor made” solution, adding this would not necessarily involve full membership of the EU.

He also referred to countries such as Bosnia-Herzegovina, Serbia, Montenegro, Macedonia and Albania, who he said have been waiting for accession for years and shouldn’t be forgotten, while speaking at the European Media Summit in Lech am Arlberg, broadcaster ORF reports.

Russian and Ukrainian media interpreted this as Vienna giving a categorical no to Ukraine joining the EU, leading to criticism from the Ukrainian Kyiv Independent newspaper.

Austria’s Foreign Minister Alexander Schallenberg said that Ukraine should not receive candidate status in June, calling instead for a “different way,” according to Heute news agency.

Referring specifically to the war in Ukraine, Schallenberg said that Austria was militarily neutral, but not politically. “We don’t belong to any military alliance and we don’t want to,” he said. However, Austria still wanted to make a contribution, for example by supplying helmets to Ukraine.

According to Austrian broadcaster ORF, Schallenberg’s statements became one of the most important online news items of the day in Russia on Saturday.

From today no more masks in schools

As of today, masks are no longer compulsory in schools. In classrooms and group rooms, the children and young people have not had to wear a mask or (from the upper school) an FFP2 mask since the end of February.

However, previously children had to wear masks when walking in school corridors or when going to  the toilet. This will no longer be necessary.

READ MORE: Austria to keep masks only in essential places from April 17th

Following the announcement by Finance Minister Magnus Brunner (ÖVP) that he was looking  at abolishing cold progression, SPÖ leader Pamela Rendi-Wagner called for the abolition of cold progression on Sunday.  She said the tax brackets should be brought in line with inflation automatically, but only for the lower tariff levels, in the ORF press hour.

Der Standard newspaper reports more than half of the OECD countries in Europe have installed an automatic system in which tax brackets keep place from inflation.

READ MORE: Will inflation force tax changes in Austria from 2023?

The leader of Austria’s opposition SPÖ party, Pamela Rendi-Wagner, has ruled out supporting compulsory vaccination against Covid in the future, although the SPÖ supported the measure by the federal government last year.

The former doctor told the ORF press hour that  while in theory, she still supported mandatory vaccination, she no longer believed it was “achievable now or in the future” because the federal government lost the trust of the people that it was still necessary to implement the measure.

She did not support compulsory vaccination for over 60s either, and said it would reassure younger people there was no need for them to get vaccinated.

SPÖ leader Pamela Rendi-Wagner also called on the government to set VAT on food to zero in view of the skyrocketing prices. The EU had made this possible with a new directive, and the government should implement this proposal, she said.

The SPÖ is calling for new elections. Rendi-Wagner said the party did not rule out a coalition with Austria’s Chancellor Karl Nehammer’s ÖVP party – previously the SPÖ did not want to form a coalition with the  ÖVP party while Sebastian Kurz was in charge.

Kurz to appear at conference, but has no plans to return to politics

Austria’s former chancellor Sebastian Kurz is to come to Graz to give a speech to the ÖVP on May 14, when Austria’s Chancellor Karl Nehammer is officially elected ÖVP party leader.

A political comeback is out of the question for Kurz, according to a friend of the former politician speaking to the newspaper Heute. The ‘friend’ is quoted as saying: “It’s definitely not an option for him. I can rule out that he does that.” Kurz is reported to be doing well outside politics, where he is successful in the private sector and happy with his girlfriend Susanne and son Konstantin.

The Austrian pop star Willi Resetarits has died on Sunday, the day after opening Vienna’s Refugee Ball. The much-loved musician made his alter-ego character of “Ostbahn-Kurti” a star – and  used his success for social and socio-political projects to help refugees.

He founded an integration house for migrants coming to Vienna and also co-founded the organisations “Asyl in Not”, and “SOS Mitmensch”. In addition he was a chairman of the “Projekt Integrationshaus” association. This brought him awards such as the Bruno Kreisky Prize for Human Rights, the Josef Felder Prize for the common good and civil courage and the Fritz Greinecker Prize for civil courage.

In 2013 he received the Austrian Cross of Honor for Science and Art and was named Austrian of the Year in the category “Cultural Heritage”. In 2017 he received the Amadeus Austrian Music Award for Lifetime Achievement and in 2019 the Honorary Award at the German Cabaret Prize. 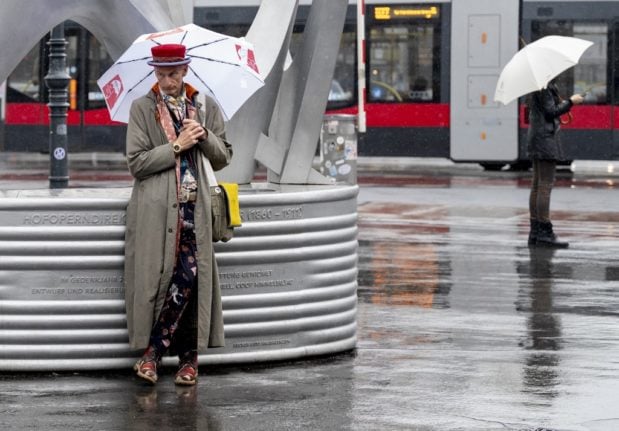