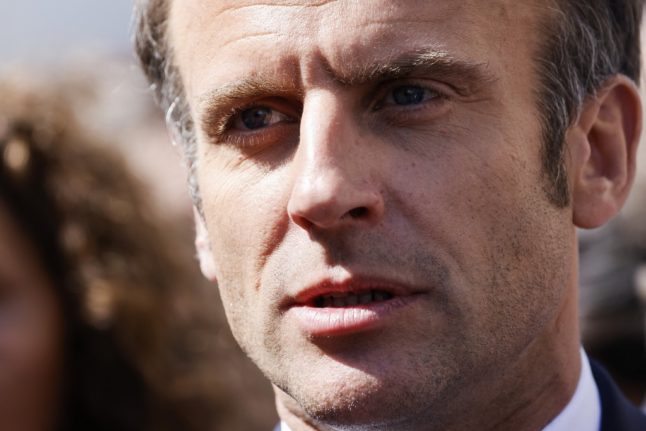 One photo in particular has sparked widespread interest – and even international media coverage – and it’s from Macron’s personal photographer Soazig de la Moissonnière.

She has been posting regular sequences of ‘behind the scenes on the election trail’ images on her Instagram account, including Macron’s recent election rally in Marseille. In among images of Macron preparing for his speech, running on stage and greeting the crowd was one of him relaxing after the event was over.

Slumped on a sofa with his shirt open to the waist (well, it’s hot in Marseille), the image caught the attention of social media. 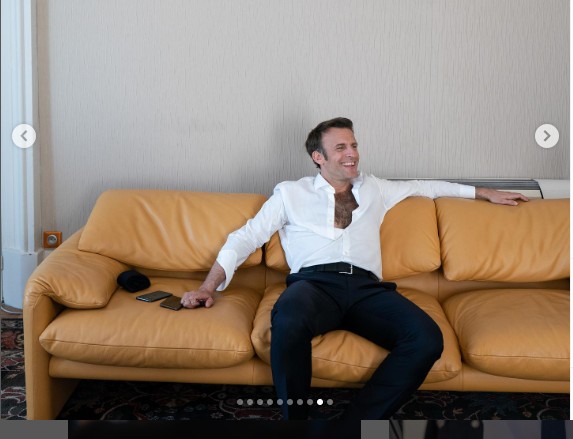 Combined with other images of Macron – including that ‘Zelensky’ hoodie photo from earlier in the campaign – the image quickly became a meme circulating on Twitter.

There are dozens of these circulating as people fill in their own jokes and comparisons.

The Financial Times’s chief features writer Henry Mance gave us this scarily accurate portrayal of a journalist’s life. Freelances, in particular, will recognise this all too well.

And Nicolas Quenel compared and contrasted the daily lives of journalists in different areas of the media – print journalist, radio journalist, web journalist and TV journalist.

Here’s one for classicists…

But it’s not just Macron’s chest-hair that has been gaining attention, many also remarked on his ‘bored’ face during the live TV debate with Marine Le Pen.

According to the strict rules of the debate, each candidate had a set time to lay out their policies on a certain area, before their opponent could challenge them.

Both candidates engaged in a little ‘non verbal campaigning’ but using facial expressions and body language to show that they disagreed with what the other was saying.

Macron’s bored expression sparked many comparisons, including this from professor, author and columnist Olivier Babeau who tweeted “when your Tinder date talks without stopping and the evening is going to be a long one”.

Another Twitter user hit the nail on the head, with this picture of Macron making notes during the debate. He really did look that bored at times on Wednesday that we could believe he was writing a shopping list (milk, onions, cereal, butter).

And Emma James wasn’t the only one to wonder about his body language.

Loving the body language in this debate. This is Macron’s “oh Lordy.. she’s got 3 minutes to talk now” face. #Debat2022 #PresidentialDebate pic.twitter.com/VOONt4fgrc

And you know you’ve made it when you’re the subject of a sketch on a US TV chat show – here’s host Jimmy Fallon paying, erm, tribute to Macron’s new look in song. Enjoy!

Tuesday marks the day that the highly controversial pension reform – which includes raising the pension age from 62 to 64 – is presented to the French parliament for the first time.

Both days are likely to see significant disruption, particularly on public transport.

The mass strike on Tuesday saw trains and city public transport services heavily disrupted, while many schools closed as teachers walked out.

Demos held in towns and cities across France saw a huge turnout – more than 1.1 million people, an increase on the turnout on the first day of pension strikes.

You can find all the latest news on strikes and service disruptions in our strike section HERE.