You might already have your go-to svampställe where you forage mushrooms in autumn, but mushrooms aren’t the only thing you can forage in Sweden. The season for fruits and berries hasn’t quite started yet, but there is a wide range of produce on offer if you know where to look.

Obviously, all of these plants grow in the wild, meaning it’s a good idea to wash them thoroughly before you use them. You should also be respectful of nature and of other would-be foragers when you’re out foraging, and make sure not to take more than your fair share to ensure there’s enough for everyone.

As with all foraged foods, only pick and eat what you know. The plants in this guide do not look similar to any poisonous plants, but it’s always better to be safe than sorry – or ask someone who knows for help.

Additionally, avoid foraging plants close to the roadside or in other areas which could be more polluted. If you haven’t tried any of these plants before, start in small doses to make sure you don’t react negatively to them.

These pungent green leaves are just starting to pop up in shady wooded areas, and may even hang around as late as June in some areas. Wild garlic or ramsons, known as ramslök in Swedish, smell strongly of garlic and have wide, flat, pointed leaves which grow low to the ground.

The whole plant is edible: leaves, flowers and the bulbs underground – although try not to harvest too many bulbs or the plants won’t grow back next year.

The leaves have a very strong garlic taste which gets weaker once cooked. Common recipes for wild garlic include pesto and herb butter or herbed oil, but it can generally be used instead of traditional garlic in most recipes. If you’re cooking wild garlic, add it to the dish at the last possible moment so it still retains some flavour.

You can also preserve the flower buds and seed capsules as wild garlic capers, known as ramslökskapris in Swedish, which will then keep for up to a year.

Stinging nettles. Wear gloves when harvesting these to protect yourself from their needles. Photo: Johan Nilsson/TT

Brännässlor or stinging nettles need to be cooked before eating to remove their sting, although blanching them for a couple of seconds in boiling water should do the trick. For the same reason, make sure you wear good gardening gloves when you pick them so you don’t get stung.

Nettles often grow in the same conditions as wild garlic – shady woodlands, and are often regarded as weeds.

The younger leaves are best – they can get stringy and tough as they get older.

A very traditional use for brännässlor in Sweden is nässelsoppa, a bright green soup made from blanched nettles, often topped with a boiled or poached egg.

Some Swedes may also remember eating stuvade nässlor with salmon around Easter, where the nettles are cooked with cream, butter and milk. If you can’t get hold of nettles, they can be replaced with spinach for a similar result.

You can also dry nettles and use them to make tea, or use blanched nettles to make nettle pesto.

Kirskål or ground elder, another popular foraged green for this time of year.
Photo: Jessica Gow/TT

Ground elder is known as kirskål in Swedish, and can be used much in the same way as spinach. It also grows in shady areas, and is an invasive species, meaning that you shouldn’t be too worried about foraging too much of it (you might even find some in your garden!).

It is quite common in parks and old gardens, but can also be found in wooded areas. The stems and older leaves can be bitter, so try to focus on foraging the tender, younger leaves.

Ground elder has been cultivated in Sweden since at least 500BC, and has been historically used as a medicinal herb and as a vegetable. This is one of the reasons it can be found in old gardens near Swedish castles or country homes, as it was grown for use in cooking.

Kirskål is available from March to September, although it is best eaten earlier in the season.

As mentioned, ground elder can replace spinach in many recipes – you could also use it for pesto, in a quiche or salad, or to make ground elder soup.

Since April 1st, relaxed entry rules have allowed visitors from non-EU countries to enter Sweden without showing a vaccination pass or test certificate. As the last of the travel restrictions to be eased, summer tourism is finally set to return to the ways of pre-pandemic life.

As Swedes gear up for a summer without Covid-19, major tourist attractions, events, and festivals across the country are getting ready for what promises to be a fun few months.

After a two-year delay, ABBA and Astrid Lindgren fans finally have the chance to see Pippi at Cirkus, a new acrobatic musical performance at Cirkus Arena and Restaurant at Royal Djurgården in Stockholm.

The musical features lyrics by Björn Ulvaeus and music by Benny Anderson—the two “Bs” of ABBA fame—who have also previously written musicals like Chess, Mamma Mia and Kristina from Duvemåla. While the dialogue and lyrics of the show are in Swedish, the story is mainly told through circus acts.

The musical was initially set to premiere in Stockholm in June 2020, in celebration of Pippi Långstrump’s 75th anniversary, but was delayed due to the pandemic.

The world premiere of the musical is now set for July 1, 2022. Tickets are available through Ticketmaster.

Pippi at Cirkus was intended to launch in 2020 but has been delayed for two years. Photo. Cirkus Cirkör

The festival starts in early May and runs through the end of August with concerts at least once every week. Performers include Jorja Smith, Dua Lipa, Tove Styrke and John Legend, among others.

Festival passes cost SEK 395 and offer free admission to all concerts and dance evenings throughout the summer. They can be purchased directly from Gröna Lund.

Other big-name festivals lined up for the summer in Stockholm include Rosendal Garden Party, a four-day festival in June featuring artists like Jungle, Arlo Parks, Tyler the Creator, and The Strokes, and LollaPalooza Stockholm, a three-day event planned for July with bands such as Imagine Dragons, Post Malone, Lorde and Pearl Jam.

On April 23, Liseberg opened at full capacity after more than two years of restrictions.

The new area was built in celebration of Liseberg’s 100th anniversary, coming up in 2023. At that point, an additional roller coaster will also be featured in the new area. 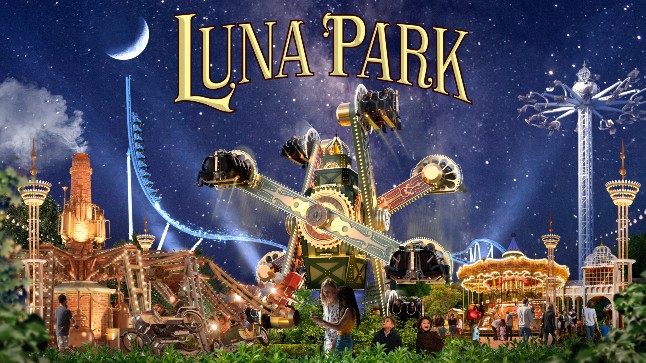 The 2022 summer sailing season kicks off on the weekend of May 13, with the Marstrand SuperStar Cup, followed the next weekend by the Marstrand Big Boat Race.

The island can be reached in about 50 minutes by public transport from Gothenburg.

Alternatively, throughout the summer months, Stromma Boat Tours offers a day-long cruise to the island directly from Lilla Bommen.

On July 3, Gotland Runt, the world’s largest annual ocean race begins in Stockholm. The course, which starts inside the archipelago, continues around Gotland and finishes in Sandhamn is about 350 nautical miles and takes most competitors about 3 days to complete. The offshore race is one of the highlights of Swedish summer.

Live music events are also making a comeback in Gothenburg this summer.

On May 28, the city’s most charming district will be filled with live music from the American south at the Haga Bluegrass Street Festival, and Way out West returns in August with big name artists like Tame Impala, Burna Boy and Nick Cave and the Bad Seeds.

From September 1-4 Gothenburg will also celebrate the comeback of its annual Culture Festival.

The summer begins with the triumphant return of Malmö Rock after a three-year hiatus. The full-day concert features punk, hardcore, metal and rock bands, headlined by Norrland’s own, Raised Fist.

Malmö Sommarscen returns this year between the 18th June -31st July, with music, concerts, theatre performances and allsång taking place at 47 different locations across the city for six weeks over the summer. The full programme will be released on June 2nd.

Malmöfestivalen isn’t the only chance for Malmö-ites to get their hands on some delicious street food – the International Food Festival will also be in town between May 25th-29th, bringing authentic food and culinary culture from 15 different countries to the city.

Don’t live near Malmö? Don’t worry! The International Food Festival is travelling Sweden from May until September – maybe your town is on their tour?

Street Food Festivalen will also be coming to Malmö on July 1st-2nd, Stockholm on 26-27th August and Gothenburg on September 1st-4th.

QUALITY OF LIFE
What makes a northern Swedish town of 1,000 a great place to live?