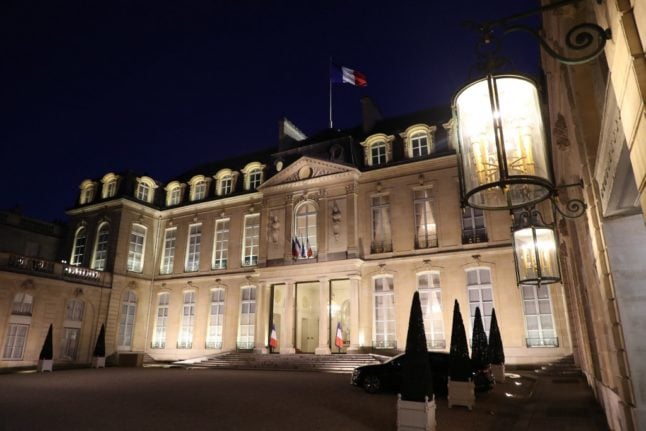 Only four French presidents under the Fifth Republic have ever managed to win reelection. We spoke to experts to find out why. (Photo by Ludovic MARIN / AFP)

French President Emmanuel Macron is seeking to win re-election – making him the first president to do so in 20 years and only the fourth French leader to hold onto office since the beginning of the Fifth Republic in 1958.

So is already being in power really a disadvantage for him?

What do the stats say?

France has had eight presidents since the beginning of the Fifth Republic in 1958.

Only three of them managed to win re-election for a second term. Presidents are only permitted to hold two terms in office.

However, only five presidents have ever tried to win re-election since 1958, meaning that the success rate for those seeking to do so is 60 percent.

READ MORE What is the French Fifth Republic?

This statistic glosses over the fact that François Mitterand, who won re-election in 1988, spent significant periods of his mandate in cohabitation – a power-sharing agreement with a parliament dominated by his right-wing rivals who crushed him at the 1986 legislative elections.

There’s also presidents who – like François Hollande – end up with such terrible poll ratings that they don’t even try for a second term.

Since the turn of the 21st Century, the only president to win re-election was Jacques Chirac back in 2002 – he too was forced into cohabitation, this time with left-wing opponents.

“At elections in France, one political force is frequently taken over by another, if not at the presidential, then certainly at the legislative level,” said Émeric Bréhier – a former MP and director of the political observatory at the Jean Jaurès Foundation.

LISTEN Could Marine Le Pen become the next French president?

Compared to other some other European countries, the re-election rate of French presidents is low.

In the United States, the vast majority presidents who are not assassinated or forced to resign (Nixon) have won a second term in office since the 1950s. Only George Bush Snr. and Donald Trump failed to do so.

French presidents face a number of challenges when running for a second term.

“You are one person against everyone else. You will be targeted with arrows from the opposition on all sides,” said Bréhier.

Tristan Haute, an electoral sociologist at the University of Lille believes there are other underlying factors too.

“There is a mistrust towards politicians that is heightened in France compared to in other countries,” he said.

“It is less to do with the history of the French Revolution than about our societal fracture. People have high expectations of politicians but don’t see change. In France, this frustration is articulated critically at the ballot box during elections and with the rise of extreme candidates.”

Luc Rouban, a political scientist at Sciences Po said that the level of hatred among some sections of society towards Emmanuel Macron was “unprecedented” for any president in recent years, with many French voters viewing him as arrogant.

“There is a lot of mistrust towards Macron,” he said.

Is Macron likely to win?

Despite the various disadvantages that come with running as an incumbent, most polls suggest Macron is likely to win the next French presidential election – although a hypothetical second-round race between him and far-right candidate Marine Le Pen appears to be narrowing.

But Bréhier believes a Le Pen victory is not impossible.

“There has been a breakdown of the traditional left-right divide in France, but the two traditional parties [le Parti socialiste and Les Républicains] are in a lamentable state. There are masses of voters supporting Macron and an opposition centred around Marine Le Pen but the rest is a complete mess, which makes it very difficult to read,” he said.

In a scenario where Le Pen and the other far-right candidate, Éric Zemmour, score well in the first round, things could be “very complicated” for Macron because Zemmour supporters would back Le Pen in the second round, according to Bréhier.

Haute even believes that the third-placed candidate, a veteran left-wing politician Jean-Luc Mélenchon, may even make it to the second round.

“It is realistic. He is a dynamic candidate able to gather people around him. The question is whether he is able to mobilise young people and working class neighbourhoods. It really depends on the abstention level,” said the professor.

Were Mélenchon to make the second round, most polls predict an wider margin of victory for Macron.

So who has managed to get re-elected?

YES. Charles de Gaulle. De Gaulle was elected President of France in 1958 and won reelection in 1965. He ultimately resigned in 1969 following a failed referendum on constitutional reform.

NO. Alain Poher. Following de Gaulle’s resignation, the President of the Senate, Alain Poher, stepped in as interim leader. If any French President dies or resigns during their term, it is always the Senate leader who takes charge. That same year, Poher was defeated by Georges Pompidou in a presidential election.

NO. Georges Pompidou. Pompidou, who had served as Prime Minister under De Gaulle, died of cancer in 1974 two years before the end of his first term. Poher once again stepped in as interim leader.

NO. Valéry Giscard d’Estaing. VGE was elected president in a hastily-organised election in 1974, but failed to get reelected at the 1981 election.

YES. François Mitterand. He won the 1981 election, but in 1986, his Parti Socialiste were hammered in legislative elections meaning that Mitterand had to appoint a centre-right Prime Minister, Jacques Chirac. However Mitterand won reelection in 1988, seeing off a challenge from Chirac.

NO. Nicolas Sarkozy. Another centre-right candidate, Sarko, won the 2007 presidential election, but lost a re-election bid in 2012.

NO. François Hollande won in 2012 but by 2017 his poll ratings were so poor that he decided not to stand again.