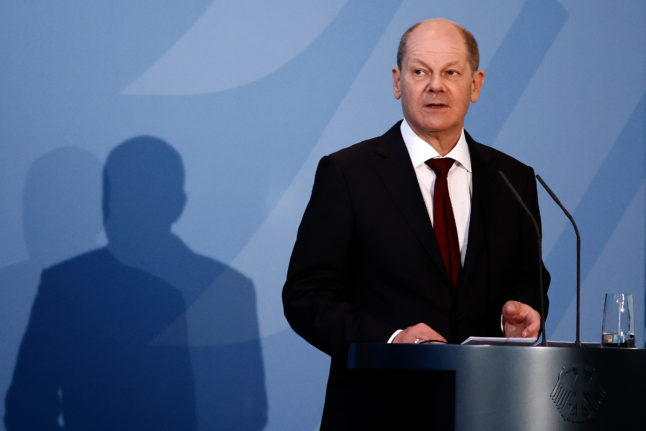 German government spokesman Steffen Hebestreit said on Wednesday evening that Putin had told Scholz that payments from Europe next month “would continue to be in euros and transferred as usual to the Gazprom Bank which is not affected by sanctions”.

The bank would then convert the payments into rubles, Hebestreit quoted Putin as saying.

Hebestreit said in a statement that Putin had stressed in the telephone call with Scholz “which took place at his (Putin’s) request”, that “nothing would change for European contract partners” when the new system takes effect on April 1st.

“Chancellor Scholz did NOT agree to this procedure but asked for information in writing to better understand this procedure,” Hebestreit stressed.

“What the G7 agreed stands: energy deliveries will be exclusively paid for in euros or dollars as it states in the contracts,” he said.

The Kremlin had earlier released its own readout of the conversation saying that Putin had told Scholz that Moscow’s demand that Europe switch to paying for gas in rubles should not “lead to worsening of contractual terms for European importer companies”.

Putin said last week that Moscow would begin only accepting rubles as payment for natural gas deliveries to “unfriendly” countries, including the
members of the European Union.

He said the payment method was needed because the Russian central bank’s currency reserves have been frozen by the EU.

Germany on Wednesday raised the alert level under its emergency gas plan over fears that Russia could cut off supplies if Western countries refused to make the payments in rubles.

Austria announced that it was following suit.

Speaking on behalf of the G7 energy ministers, Germany’s Robert Habeck said Monday that Russia’s request was a “unilateral and clear breach of the existing agreements”.

Habeck said payments in rubles were “unacceptable” and called on energy companies not to comply with Putin’s demand.

The Kremlin said Wednesday that Russia would not immediately require its natural gas buyers to pay in rubles.

“It’s not like… what will be delivered tomorrow, must be paid for by the evening.”

On Thursday, the Russian government, its central bank and energy giant Gazprom are expected to present Putin with a new gas payment system that will be conducted in rubles.

The German’s Tenants’ Association is calling on the government to put together a new energy relief package to help renters deal with spiralling energy costs.

Gas has become an increasing scarce resource in Germany, with the Economics Ministry raising the alert level recently after Russia docked supplies by 60 percent.

The continued supply issues have caused prices to skyrocket. According to the German import prices published on Thursday, natural gas was three times as expensive in May 2022 as it was in May a year ago.

In light of the exploding prices, the German Tenants’ Association is putting the government under pressure to offer greater relief for renters.

Proposals on the table include a moratorium on terminating tenancy agreements and a permanent heating cost subsidy for all low-income households.

The Tenants’ Association has argued that nobody should face eviction for being unable to cope with soaring bills and is urging the government to adjust housing benefits in line with the higher prices.

Renters’ advocates have also joined a chorus of people advocating for a cap on consumer gas prices to prevent costs from rising indefinitely.

Recently, Frank Bsirske, a member of the parliamentary Green Party and former head of the trade union Verdi, spoke out in favour of capping prices. Bavaria’s economics minister and Lower Saxony’s energy minister have also advocated for a gas price cap in the past.

According to the tenants’ association, the vast majority of tenants use gas for heating and are directly affected by recent price increases.

At the G7 summit in Bavaria this week, leaders of the developed nations discussed plans for a coordinated cut in oil prices to prevent Russia from reaping the rewards of the energy crisis.

In an initiative spearheaded by the US, the group of rich nations agreed to task ministers will developing a proposal that would see consumer countries refusing to pay more than a set price for oil imports from Russia.

READ ALSO: Germany and G7 to ‘develop a price cap’ on Russian oil

A gas price cap would likely be carried out on a more national level, with the government regulating how much of their costs energy companies can pass onto consumers.

However, the Tenant’s Association pointed out that, if there is a significant reduction in gas imports, the Federal Network Agency could activate an emergency clause known as the price adjustment clause.

This would allow gas suppliers to pass on higher prices to their customers at short notice.

The Tenants’ Association has warned that the consequences of an immediate market price adjustment, if it happens, should be legally regulated and socially cushioned.

In the case of the price adjustment clause being activated, the government would have to regulate the costs that companies were allowed to pass onto consumers to prevent social upheaval.