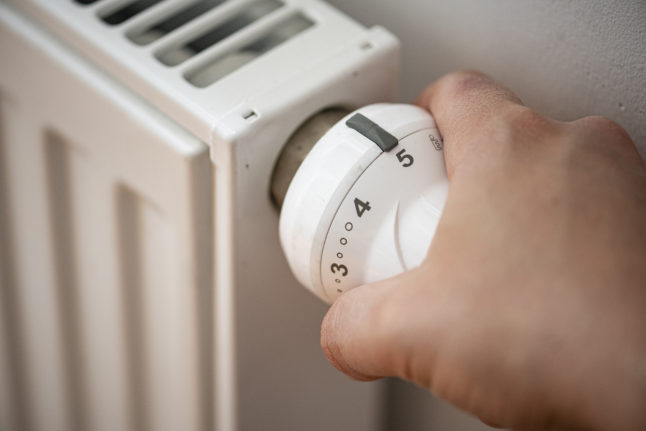 A person turning on a radiator. Germany has urged households to cut back on gas. Photo: picture alliance/dpa | Fabian Sommer

On Wednesday, the Minister for Economic Affairs and Climate Protection, Robert Habeck, announced that Germany had activated the first “early warning” alert level under its emergency gas plan.

The extreme move came after G7 countries rejected Russia’s demand to make payments for gas in rubles, rather than in dollars or euros, saying it is a breach of contract. Russia says it could cut off supplies if Western countries refuse the demand.

Habeck stressed that triggering the first alert level was a precautionary measure to prepare for any possible supply restrictions in future.

What does this mean for consumers?

The Germany Ministry for Economic Affairs and Climate Protection on Wednesday morning published detailed information about its decision to declare the early warning stage of the gas emergency plan.

The ministry was keen to stress that the supply of gas was still guaranteed to consumers and industry.

“The overall supply of all German gas consumers is currently still guaranteed,” said the ministry. “There is sufficient gas available on the markets. This applies to household customers and social services such as hospitals as well as to district heating, electricity generation and the German economy.”

However, the ministry urged people to cut back on gas. 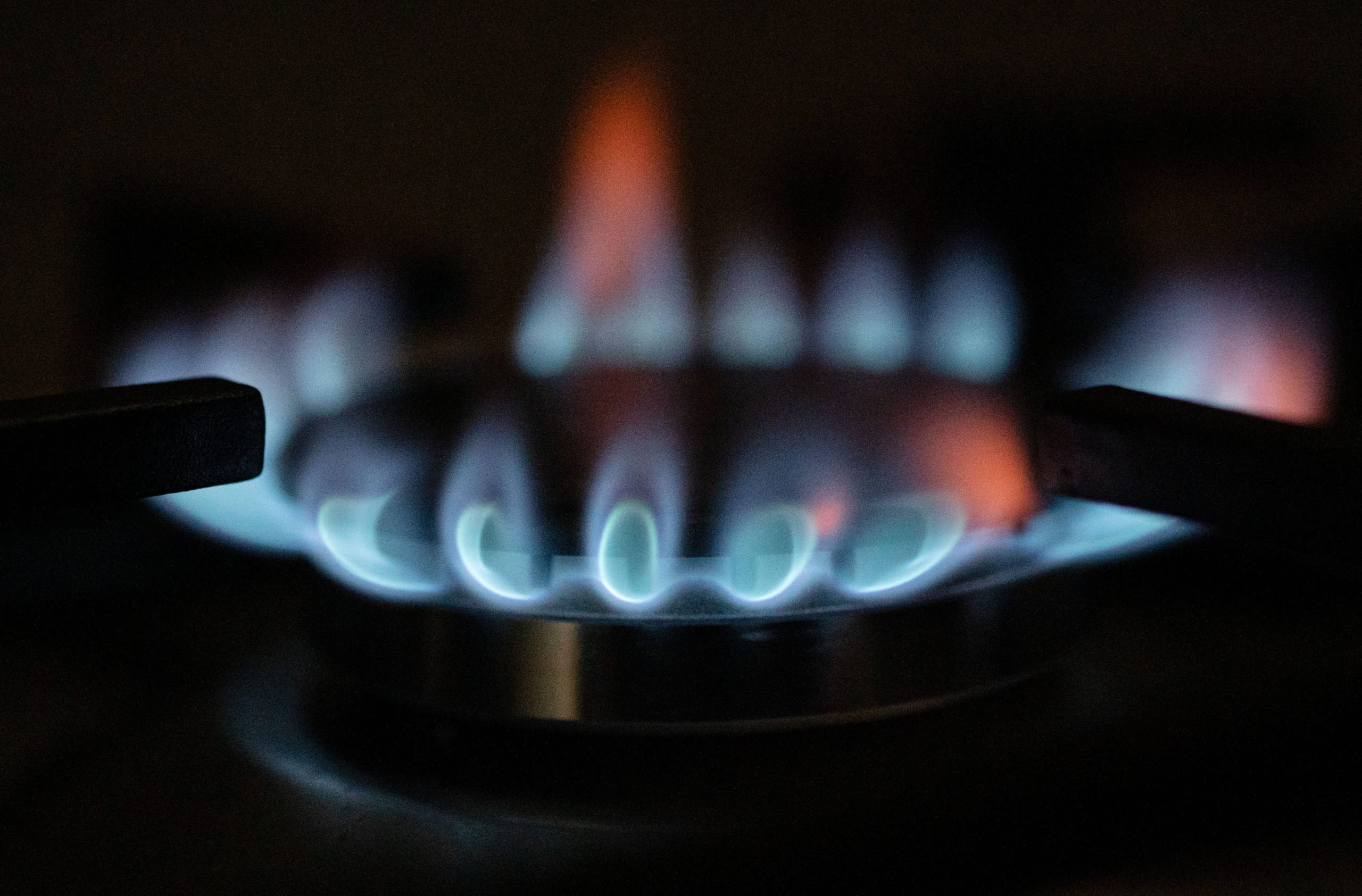 Flames from a gas cooker in Stuttgart. Germany is concerned about the supply of gas from Russia. Photo: picture alliance/dpa | Marijan Murat

“Nevertheless, from now on every gas consumer – from business to private households – is also called upon to reduce their consumption as much as possible,” it cautioned.

In a press conference early on Wednesday, Economy and Climate Minister Habeck said gas reserves were currently at 25 percent of capacity.

He said that if deliveries from Russia stopped there would be “serious” consequences although the supplies would continue to flow.

Habeck also urged private consumers and businesses to limit their energy use during a press conference early on Wednesday.

“We are in a situation where every kilowatt-hour saved helps,” Habeck said.

Does this mean that gas will have to be rationed?

Not at the moment.

Germany’s gas emergency plan, which is based on a 2017 EU regulation, has three escalation levels – the early warning stage, the alert level and the emergency level.

According to the law, the early warning stage should be declared if there are “concrete, serious and reliable indications that an event may occur which is likely to lead to a significant deterioration of the gas supply situation and is likely to trigger the alarm or emergency stage”, said the ministry.

Only at the third “emergency” stage would the government intervene in the market to divvy up limited supplies, said the ministry. At this stage, however, the state would secure the gas supply to “protected” consumers including homes and hospitals.

The ministry says for the coming weeks and summer, thanks to the precautionary measures already taken, Germany could function without gas from Russia.

But in order to guarantee supplies in the coming winter, more measures will have to be taken.

“The more that is consumed in spring and summer, the more difficult the situation will be in winter,” said the ministry.

“Conversely, the more energy we save now, the better we will get through the winter.”

The ministry said once again: “Therefore, every gas consumer is required to save as much energy as possible.”

Has an early warning stage ever been declared?

No, this has never happened before in Germany. However, the ministry said that Italy had declared an early warning alert on February 26th this year and Latvia on March 9th.

Habeck said the early warning stage means that a crisis team is being sent up, and the situation will be closely monitored. 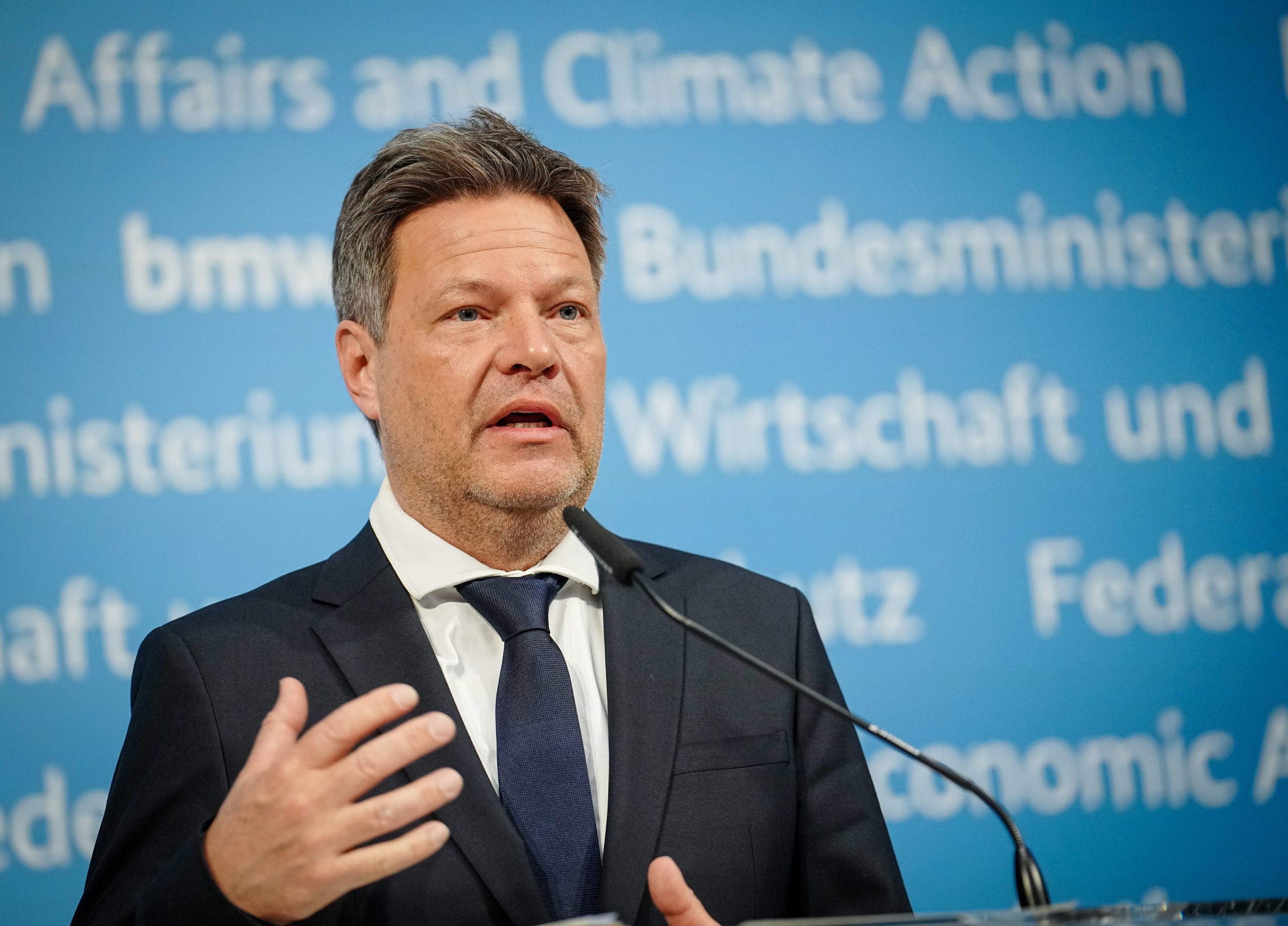 Will gas prices go up further?

Households in Germany have already seen huge price hikes in energy. The Federal Statistical Office said on Tuesday that imported energy was more than twice as expensive in February as a year earlier, with an increase of 129.5 percent. Domestically produced energy cost 68 percent more.

The Economy and Climate Ministry says that “further price increases cannot be ruled out” in view of recent developments.

They said the coalition’s relief package would help consumers. Among the measures planned is a €300 one-off payment to all taxpayers.

READ MORE: What Germany’s energy relief package means for you

The government said it would “keep a close eye on further price developments and, in the light of the current situation, examine whether there is a need for action and, if so, what it should be”.

Why is all this happening?

As The Local has been reporting, Germany is highly dependent on Moscow for its energy needs, with 55 percent of its supplies being delivered along pipelines from Russia before the invasion of Ukraine.

Since the outbreak of the war, Germany has accelerated plans to wean itself off Russian gas, halting Nord Stream II, diversifying its supplies and accelerating investments in renewable energy, reported AFP on Wednesday.

But it has so far resisted moves to stop deliveries completely.

Cutting supplies from one day to the next would “push our country and the entire Europe into a recession”, Chancellor Olaf Scholz said last week.

The German’s Tenants’ Association is calling on the government to put together a new energy relief package to help renters deal with spiralling energy costs.

Gas has become an increasing scarce resource in Germany, with the Economics Ministry raising the alert level recently after Russia docked supplies by 60 percent.

The continued supply issues have caused prices to skyrocket. According to the German import prices published on Thursday, natural gas was three times as expensive in May 2022 as it was in May a year ago.

In light of the exploding prices, the German Tenants’ Association is putting the government under pressure to offer greater relief for renters.

Proposals on the table include a moratorium on terminating tenancy agreements and a permanent heating cost subsidy for all low-income households.

The Tenants’ Association has argued that nobody should face eviction for being unable to cope with soaring bills and is urging the government to adjust housing benefits in line with the higher prices.

Renters’ advocates have also joined a chorus of people advocating for a cap on consumer gas prices to prevent costs from rising indefinitely.

Recently, Frank Bsirske, a member of the parliamentary Green Party and former head of the trade union Verdi, spoke out in favour of capping prices. Bavaria’s economics minister and Lower Saxony’s energy minister have also advocated for a gas price cap in the past.

According to the tenants’ association, the vast majority of tenants use gas for heating and are directly affected by recent price increases.

At the G7 summit in Bavaria this week, leaders of the developed nations discussed plans for a coordinated cut in oil prices to prevent Russia from reaping the rewards of the energy crisis.

In an initiative spearheaded by the US, the group of rich nations agreed to task ministers will developing a proposal that would see consumer countries refusing to pay more than a set price for oil imports from Russia.

READ ALSO: Germany and G7 to ‘develop a price cap’ on Russian oil

A gas price cap would likely be carried out on a more national level, with the government regulating how much of their costs energy companies can pass onto consumers.

However, the Tenant’s Association pointed out that, if there is a significant reduction in gas imports, the Federal Network Agency could activate an emergency clause known as the price adjustment clause.

This would allow gas suppliers to pass on higher prices to their customers at short notice.

The Tenants’ Association has warned that the consequences of an immediate market price adjustment, if it happens, should be legally regulated and socially cushioned.

In the case of the price adjustment clause being activated, the government would have to regulate the costs that companies were allowed to pass onto consumers to prevent social upheaval.