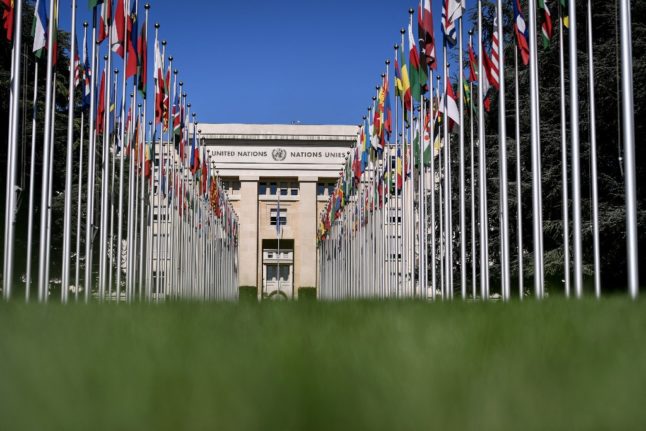 As Geneva is home to the United Nations, lots of English speakers live here. Photo by Fabrice COFFRINI / AFP

The Federal Statistical Office (FSO) has published a new survey in March focusing on main languages that Switzerland’s population speaks at home.

Not surprisingly, the main language, spoken by 56.7 percent of residents is Swiss German, followed by French (23.3 percent), and Italian (8.3) percent.

Among other languages, German (as opposed to Swiss German) is spoken by 11.1 percent, followed by English (6.1). 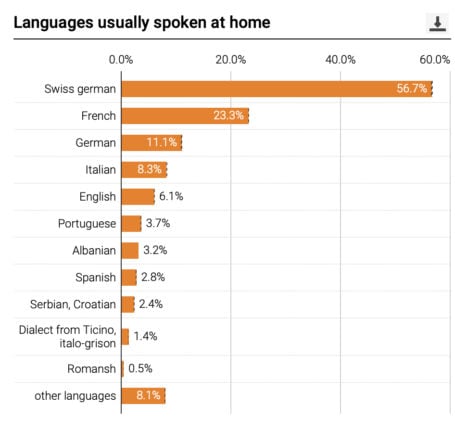 Where do these English-speakers live?

As the darkest-coloured areas on the map below indicate, most of 520,000 people (out of the total population of 8.7 million) who speak English as their main language, are concentrated in five cantons.

The majority live in Geneva, where 12 percent of residents have English as their main language at home.

Then comes Zug with 11.5 percent of English-speakers, followed by Basel-City (10.9 percent), and Vaud and Zurich (both 8.8 percent). 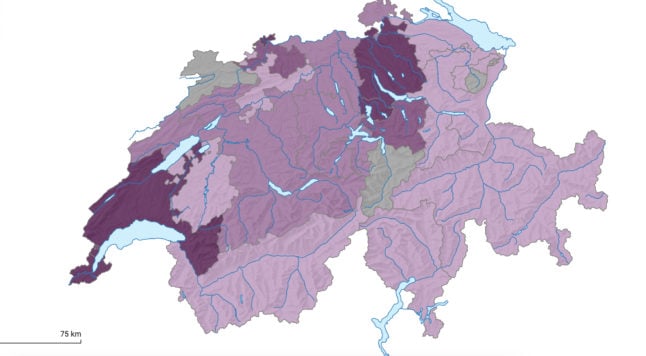 These figures are consistent with a previous official study showing that the largest number of foreigners — including English speakers — are living in big Swiss cities and areas surrounding urban centres where most multi-national companies are located.

That is primarily because these cities / regions offer the highest number of jobs for English speakers.

READ MORE: Where do Switzerland’s foreigners all live?

If you consider only those whose mother tongue is not one of Switzerland’s national languages, English speakers make up the biggest share, other FSO data indicates.

In fact, it shows that some 45 percent of the Swiss population speaks it regularly. Its use is more widespread in German-speaking Switzerland than in the Italian and French-speaking regions (46 percent against 37 percent and 43 percent, respectively).

English is most popular among young people — some 72 percent of 15-24 year olds communicate in it at least once a week. But this figure drops to 59 percent among 25-39 year olds, and 22 percent among those over 65.

Only 3.5 percent are learning Swiss-German, which is paradox of sorts as it is Switzerland’s main language, after all.

READ MORE: Switzerland home to more native English speakers than ever before