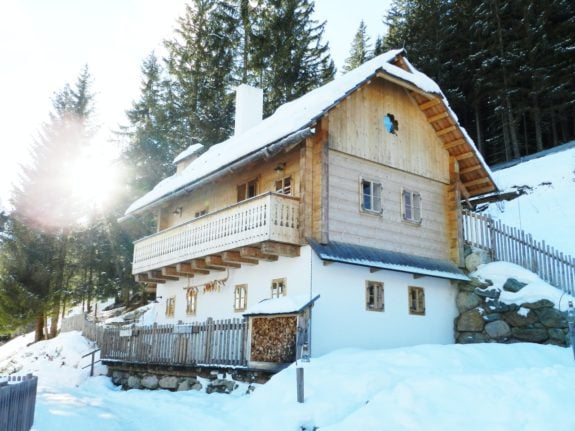 British second home owners in Austria now have to comply with the EU 90-day rule for third country nationals. Photo by Nina Rath on Pexels.

Since the end of the Brexit transition period on December 31st 2020, British people with a second home in the EU have had to comply with the 90-day rule for non-EU travellers.

The law means British people can now only spend up to 90 days within the EU in a 180-day period (excluding the country of residence, if living in an EU country).

This is different to a similar law in the UK that allows EU citizens to spend up to 180 days per year in the UK, without having to split it up into two separate blocks.

What does this now mean for British second home owners in Austria? And how can they spend more than 90 days in the country?

“It would make life so much easier”

Gerry Stapleton, 73, a retired property developer from the UK, has owned an apartment in Maria Alm, near Zell am See in Salzburg, since 2008.

Before Brexit, Gerry and his partner would visit Austria several times a year, with a prolonged stay in July and August, but this is no longer possible.

Gerry told The Local: “I would like to be offered the same privilege that EU citizens have when they go to the UK. It would make life so much easier because it’s much more flexible.

“We enjoy spending time at our Austrian apartment in the summer and the winter but we can’t do that anymore because we will now fall foul of the 90-day rule, which is unnecessary.”

FOR MEMBERS: Five reasons to retire in Austria

In a bid to overcome the limitations of the EU visitor visa rules for non-EU citizens, Gerry has been looking into alternative options. However, as he and his partner are both in their 70s, they are experiencing difficulties.

He said: “We are trying to get residency in Austria and we are 90 percent there. We need to get sufficient medical insurance to show we won’t be a burden on the state but so far no one will cover us because of our age.

“The only alternative is to transfer our benefits from the UK system to Austria, but then we wouldn’t have medical cover in the UK, so we are a bit stuck right now.”

The Local spoke to Patrick Kainz, a Vienna-based immigration lawyer, to find out if there are any exceptions to the 90-day rule.

Kainz said: “Unless you were in Austria before the Brexit deadline and now have the Article 50 card that allows you to maintain your previous rights in Austria, you will be treated as a third country national, which means the 90-day rule applies.”

In the case of retired people, Kainz said the best approach is to apply for a “gainful employment excepted” residents permit (Niederlassungsbewilligung ausgenommen Erwerbstätigkeit) that allows for income through a pension or private funds, but there are limits on how many permits can be issued in Austria each year.

The 90-day rule allows British people to visit the EU for up to 90 days without having to get a visa. It is the same rule that was already in place for all non-EU citizens prior to Brexit.

Here are a few key points to be aware of:

So, what are the options for British people that want to spend longer in Austria? Here are a few possibilities.

The Red-White-Red Card is for qualified or skilled workers from non-EU countries that want to live and work in Austria. If granted, the visa is valid for 24 months and allows visa holders to bring family members with them.

However, there are different types of visa issued under the umbrella of the Red-White-Red Card, depending on the applicant’s professional background.

For example, those with advanced degrees and management experience in the fields of mathematics, informatics, natural sciences or technology are considered as very highly qualified workers. They can initially enter Austria with a Job Seeker Visa, which can later be transferred to a Red-White-Red Card following a job offer.

READ ALSO: Can foreigners buy a second home in Austria?

Alternatively, there is a category for skilled workers in shortage occupations, such as engineers, carpenters, physicians, chefs and accountants. For this category, applicants must score a minimum of 50 points in the eligibility criteria (including elementary level German and English language skills), show proof of relevant qualifications and have a valid job offer.

Additionally, there is the EU Blue Card, which is available for non-EU citizens with a job offer in Austria with a salary of at least €66,593.

Then there are several other categories for the Red-White-Red Card, including one for recent graduates from an Austrian education institution and family reunification. Each category has its own eligibility criteria.

All of the above options are suitable for people that want to live and work in Austria on a temporary basis. But for retired people, or those with an existing job in the UK, they won’t be suitable.

Applying for residency in Austria is a big commitment and involves giving up residency in the UK (but not citizenship).

It also usually means losing access to the NHS because you will be required to contribute to the social security system in Austria, unless you have private medical insurance.

FOR MEMBERS: EXPLAINED: How to apply for a residency permit in Austria

Additionally, applicants need to be able to support themselves financially, whether through a pension, income from assets or savings.

This means single people need a minimum monthly income of €1,030.49 and couples need to earn at least €1,625.71 a month to be eligible. An additional amount of €159 for each child also applies.

For British people who were used to coming and going in Austria with minimal paperwork or checks it can seem like an attractive option to simply stay in the country for more than 90 days.

However we would not suggest that people try this because passports are automatically scanned when you enter and leave the country, which makes it easy to spot over-stayers.

If you are caught over-staying your allocated 90 days you can end up with an ‘over-stay’ flag on your passport which can lead to you being deported and fined, as well as making it difficult to enter any other country – not just Austria.

This is likely to make any future attempts at getting visas or residency a lot more difficult.

Hope for a change to the rules

In some EU countries there are already campaigns ongoing for a change to the 90-day rule for second home owners.

France is one example where British people are calling for the 90-day rule to be scrapped and brought in line with the UK’s 180-day rule.

Kainz told The Local: “I do not see any change to the 90-day rule, at least for the next few years as we try to grapple with the fall-out from Brexit. Maybe sometime down the line it could be more reciprocal but right now I don’t see any indication for that.” 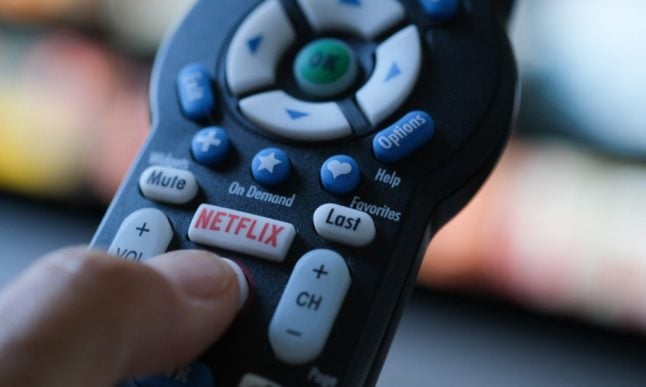 In 2022, the Austrian Constitutional Court ruled that receiving TV programmes online and streaming them without paying so-called GIS fees is “unconstitutional”, as The Local reported.

Consequently, the court has asked the legislative powers (Austria’s National Council, Federal Council and Federal Assembly) to take action by “closing the streaming gap” by the end of 2023.

GIS is Austria’s TV and radio licence that can set people who have TV equipment at home back between €22.45 and €28.25, depending on the state, a month. Most of that money goes to the public broadcaster ORF and pays for in-house productions, broadcasting equipment, technical equipment, licenses and more.

READ ALSO: EXPLAINED: How to pay Austria’s TV and radio fee, or (legally) avoid it

Even people who don’t watch ORF programmes need to pay for GIS as long as they have a device capable of receiving the broadcast. However, those who don’t pay for it because they don’t have such devices can still stream the content online, which the court ruled unconstitutional.

By the end of 2023, Austria’s Parliament will have to decide on new rules not to exempt those who access ORF online from payment.

Experts have discussed different solutions, from extending payment to every household in Austria to creating a paywall for watching ORF content online. According to Austrian media, there are now three alternatives being considered.

In this alternative, a levy would be collected regardless of reception devices – so exemption due to not owning a radio or TV would no longer exist, according to news site Heute. Instead, every household in Austria would pay around €18 per month, similar to what currently happens in Germany.

There would be exemptions for low-income households.

In this scenario, ORF would receive more than 60,000 additional payers – and thus more revenue.

READ ALSO: Austria set to make TV and radio fees mandatory for everyone

Currently, the fee can only be collected for stationary, operational broadcast reception devices (television, radio), according to GIS.

A new solution would be extending the GIS obligation to all devices suitable for broadcast reception or Internet access, such as computers and smartphones. Since practically every household owns such devices, this model would be a de facto household levy.

However, GIS inspectors would have to continue to ask and check whether there are specific devices in the household.

Another possibility discussed is financing ORF via general taxes, adding the broadcaster to the government’s budget. The financing would have to be indexed (adjusted automatically to inflation) with an amount legally fixed through National Council’s approval.

However, there is still concern that adding the ORF to the federal budget would expose the news channel to political influence.

READ ALSO: How Austria’s TV licence changes may affect you (even if you don’t watch TV)

Another alternative many users prefer would be a paywall for watching ORF content online. Many viewers consider this the only fair solution because, they say, one shouldn’t pay for a service not consumed. Logins and access keys may be easily abused, though. Besides, a paywall wouldn’t solve the corporation’s biggest issue, its decreasing revenues.

Which option will actually replace the GIS fee is currently the subject of intensive negotiations between politicians and ORF, Heute said. A decision is to be made by the end of March so that the broadcaster can put together its budget for 2024 in good time.

TRAVEL NEWS
UPDATED: How strikes will hit travel between France and the UK this Christmas
Url copied to clipboard!