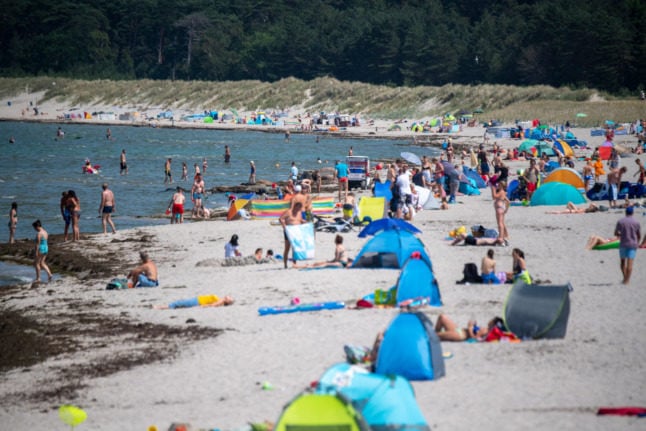 But the small German coastal village Lubmin where the pipeline comes to shore remains divided over Nord Stream 2, with some harbouring hopes that it could yet one day bring energy to Europe — though perhaps not Russian gas.

“I cannot imagine that such a huge and above all such an expensive project could just become industrial ruins,” Lubmin’s mayor Axel Vogt told AFP.

“I think there can be other solutions, if we look a little in the future, hydrogen is a major topic. Not only here in Germany, but in the whole of the European Union and also in other countries outside the EU,” he said, pointing out that it was technically possible for the pipeline to transport hydrogen fuel.

Vogt conceded, however, that it would take a while for the pipeline running under the Baltic Sea to find another life — with regulatory and legal procedures to run their course.

READ ALSO: OPINION – Germany has scuppered Nord Stream 2 but there are questions to answer

Nord Stream 2, which is owned by Russian giant Gazprom, had sparked an outcry among Germany’s allies even in the planning stages several years back.

The US and especially former eastern bloc EU nations had repeatedly warned against the pipeline that bypasses Ukraine and which they say would increase Europe’s energy dependance on Russia.

Merkel’s government had obstinately pushed on with the project, viewing Russian gas as necessary in Germany’s transition to a zero-carbon future, and construction works completed in September 2021.

But with warnings already rising of Russia’s impeding assault on Ukraine, the pipeline’s fate once again hung in the balance.

With Moscow refusing to withdraw its troops from the borders with Ukraine and instead pushing ahead with its invasion, Chancellor Olaf Scholz finally put a key certification process on ice on February 22nd. 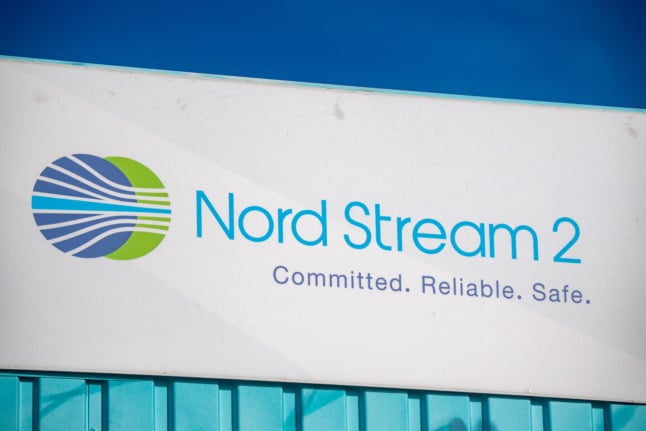 A week on, compounded by an onslaught of sanctions against Moscow from Western allies, the Swiss-based Nord Stream 2 filed for insolvency, laying off 106 workers.

Vogt said only about a dozen employees were based at the site in Lubmin, given it was a “highly technologised” operation.

His local authorities have also not budgeted in the expected taxes for the coming years.

But he conceded that the controversies over the years surrounding the pipeline have weighed on investor sentiments, making some question if it was safer just to stay away from a site associated with the Nord Stream project.

Economy and Climate Minister Robert Habeck was more strident about it, telling public television it “would have been smarter not to build Nord Stream 2”.

At the tranquil seaside village of just over 2,000 inhabitants, residents are still equally torn.

Kerstin Ahrens, 60, said she was opposed to stopping the pipeline despite Vladimir Putin’s war on Ukraine, “because it’s such a complete waste of money.”

“It’s all terrible with Russia but I don’t find it good that we’re stopping it now,” she told AFP at the white sandy beachfront.

“Everyone had hoped that gas will be cheaper and now everything is more expensive, and there’s not all that much money up in this region,” she said.

Unlike Ahrens, another resident in the north-eastern Mecklenburg-Western Pomerania region, Heike Schulte, said the pipeline had to be halted “simply because the dependency to Russia is too great.”

And the 66-year-old says she is prepared to fork out more if that is the price to pay for ditching cheaper Russian energy.

“It’s the price of civilisation, we must live with it,” she said. 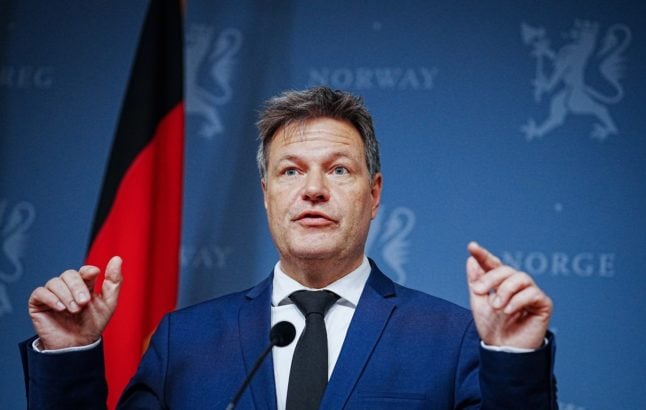 Russia, the biggest exporter of gas to the European Union before it invaded Ukraine, turned off the taps in September last year over crippling sanctions imposed against it over the war.

Germany, Europe’s largest economy, was heavily dependent on Russian gas, and scrambled to find alternative suppliers, such as Norway and the United States, paying a higher price for their gas.

“The worst-case scenario that threatened this summer has been avoided so far… a complete meltdown of the heart of European and German industry has been avoided,” climate and economy minister Robert Habeck said during a visit to Oslo.

He told a press conference that gas “reservoirs are well-filled, more than 90 percent, and prices are falling.”

“Of course, nothing is guaranteed… but this shows that determined, good, and intelligent political action leads to success.”

READ ALSO: 7 reasons to be optimistic about life in Germany in 2023

Habeck said that while gas prices could rise again, he had a “certain optimism” ahead of next winter, as gas stocks have been boosted and deliveries of liquefied natural gas (LNG) have ramped up.

Like much of Europe, Germany has scrambled to build infrastructure to import LNG, and inaugurated its first terminal in December.

Norway boosted its gas production by eight percent last year and has become Europe’s leading gas supplier since war broke out in Ukraine.

On Thursday, the two countries agreed to boost cooperation in green sectors such as hydrogen, electric batteries, carbon capture and storage, and renewable energy like offshore wind farms.

The plan includes the construction of an unspecified number of plants – initially fuelled by Norwegian natural gas — to replace coal-fired power
plants which Berlin wants to close by 2030.

While natural gas emits less CO2 than coal, it will gradually be replaced by hydrogen as production capacity increases.

The “blue” hydrogen will be produced from natural gas at first, with more than 95 percent of the CO2 captured through the industrial process.

It will then be carbon-free “green” hydrogen, using energy from offshore wind farms that Equinor and RWE want to develop jointly off Germany and Norway.

The plan includes the construction of a pipeline to transport hydrogen between Norway and Germany whose feasibility is being studied.